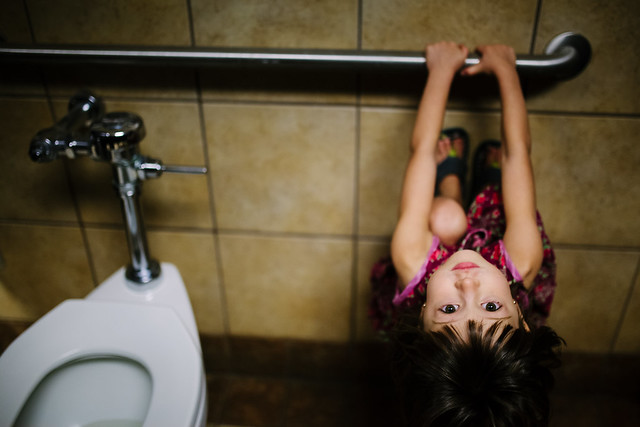 I turned 35 this weekend, and to celebrate I wanted to do nothing. I let dishes pile up and turned a blind eye to the increasing messes around me. Chuck was going to surprise me with cleaning everything up for me, but well, she made it about 5 minutes before she gave up. A lazy and spontaneous weekend was perfect, even with unfinished birthday surprises. After officially losing interest in cleaning, Chuck went outside, and Winnie (who had obviously been playing with an orange marker) and I followed not far behind. Charlotte was helping James and informed us that they were going to be going to Lowes. James is the errand runner in our family, and it’s very helpful that Lowes is within a mile of our house. He often takes Charlotte with him when he goes, and he has started taking Winnie along as well since she puts up a pretty fierce fight if he tries to leave her behind. I had been planning to document their outside play, so instead I went along for the ride. On the way out, Charlotte put her squirrel food in the oven (this is something she does upon departure and arrival almost everyday). She mixes sticks and acorns in a little plant tray and places it in the opening in our Mike Rea original metal cinder block. The acorns are so thick on the ground in front of our house, you sort of rollerskate on top of them when you walk.

Chuck had a piece of bubblegum stashed in the van, and I couldn’t get over how old she looked as she chomped her gum and twisted her earrings. When we got to Lowes, the girls were happy to see one of the driving carts was available. James only needed to get a propane tank filled up, but he wanted to look at Christmas lights while we were there. Charlotte has been asking about decorating the house for Halloween, but since it’s already too late to do that, I guess James is trying to be proactive about Christmas decorations. We’ll see. Still, the lights were exciting for the girls to look at. This was a short trip to Lowes, with quick stop to pee and play in the bathroom, and then we were on our way home to do more of nothing. 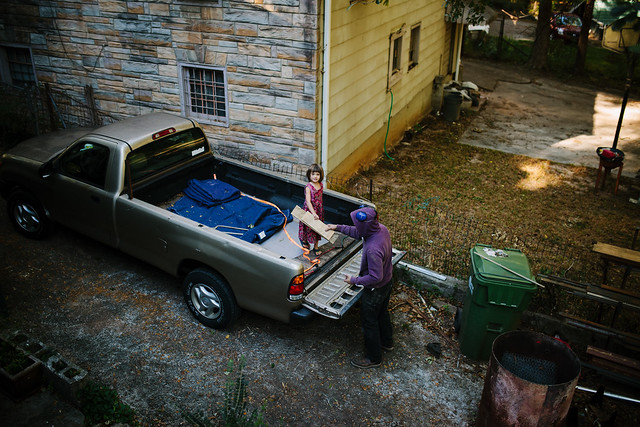 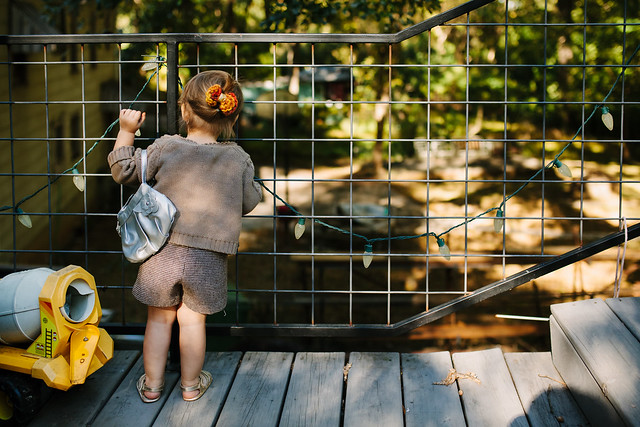 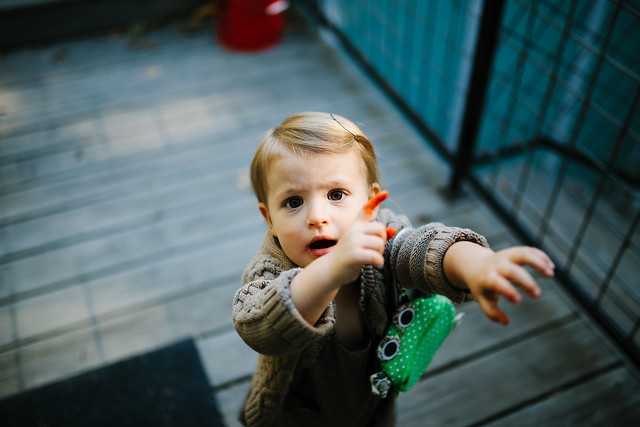 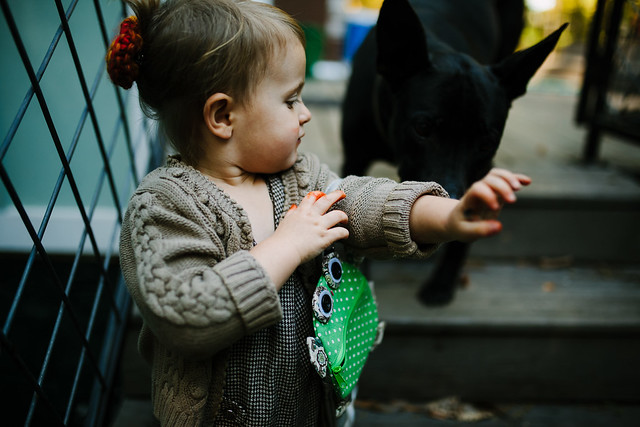 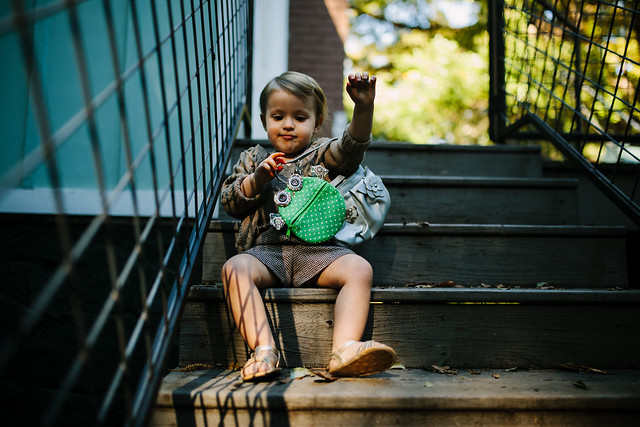 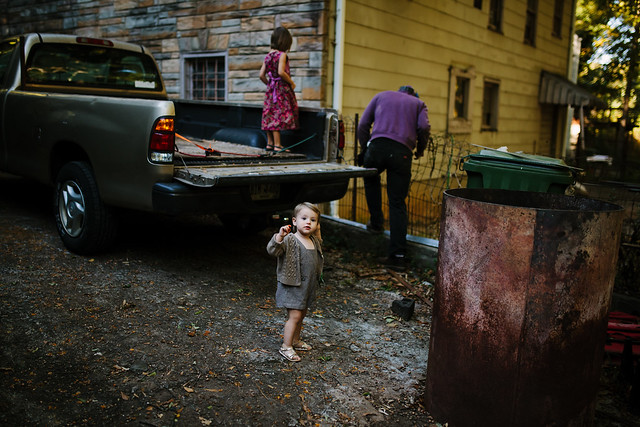 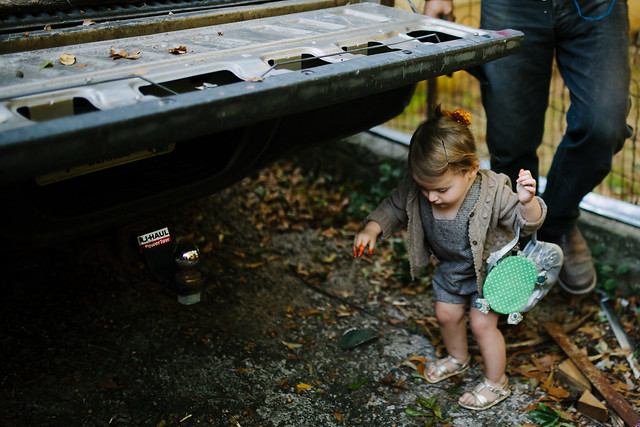 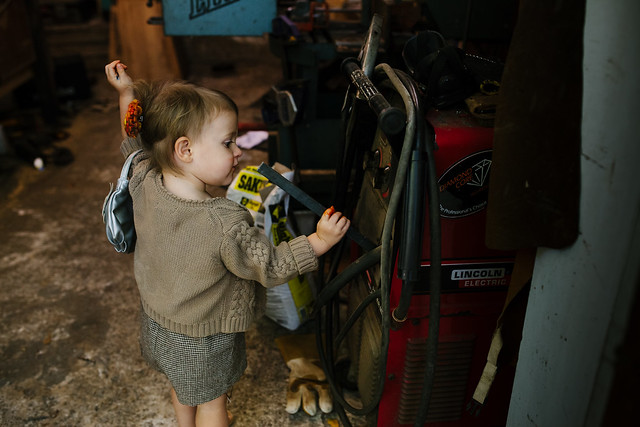 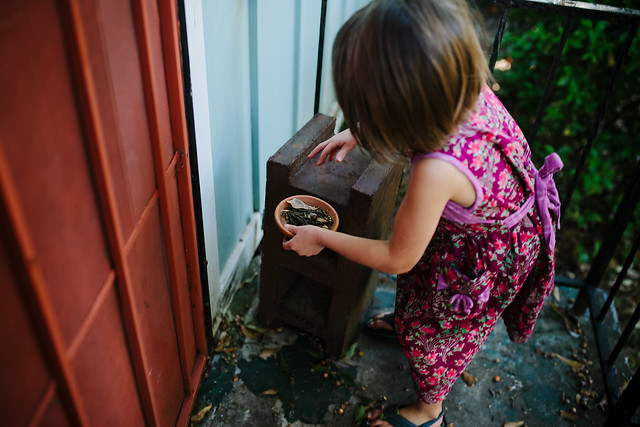 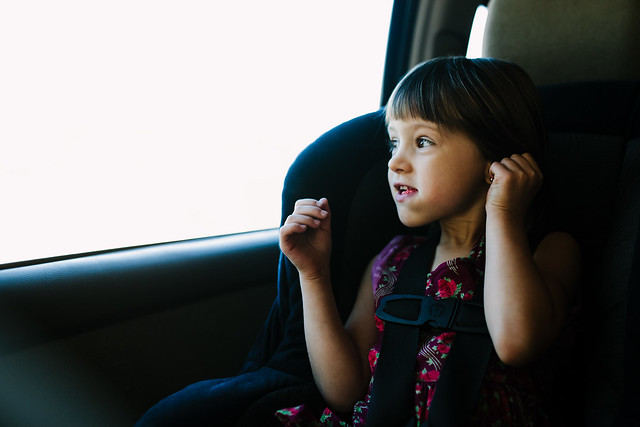 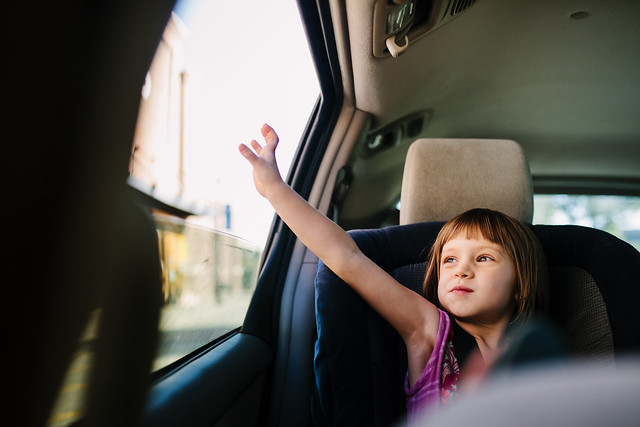 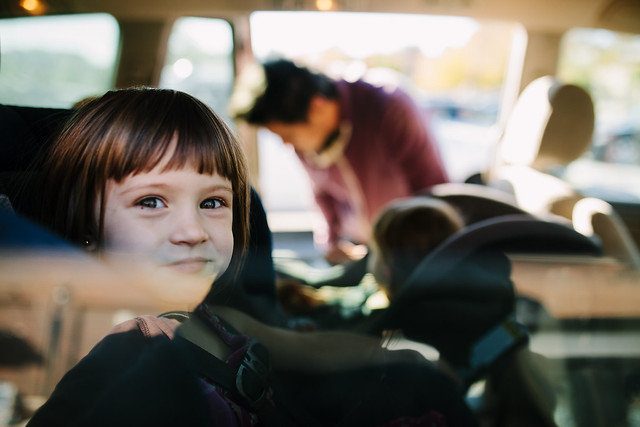 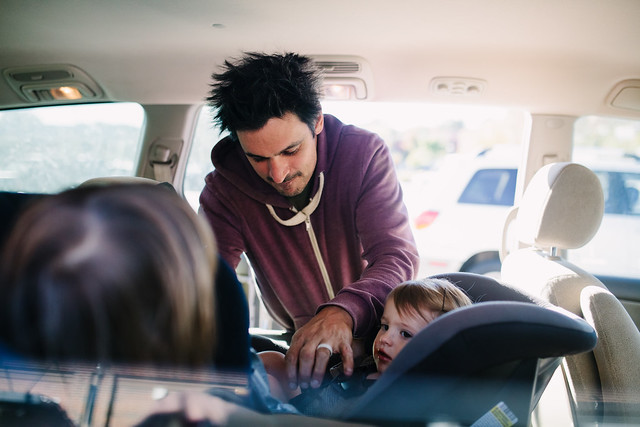 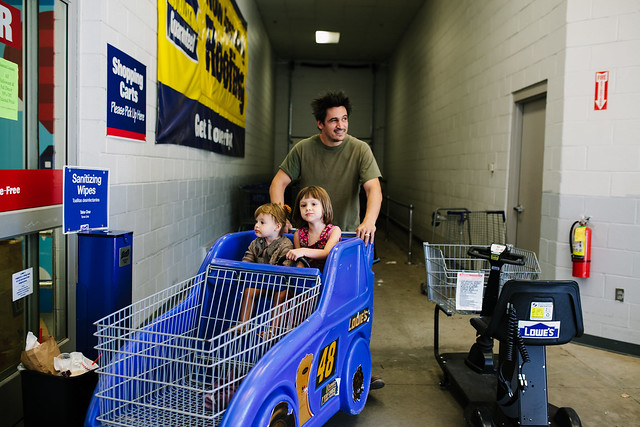 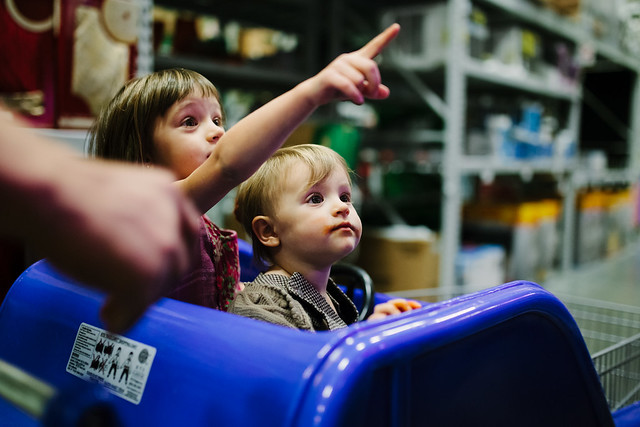 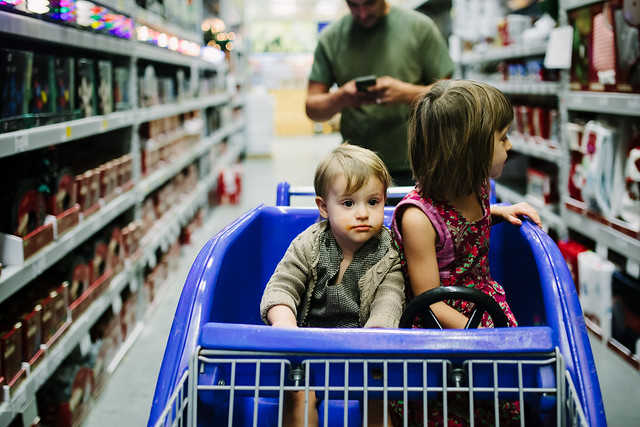 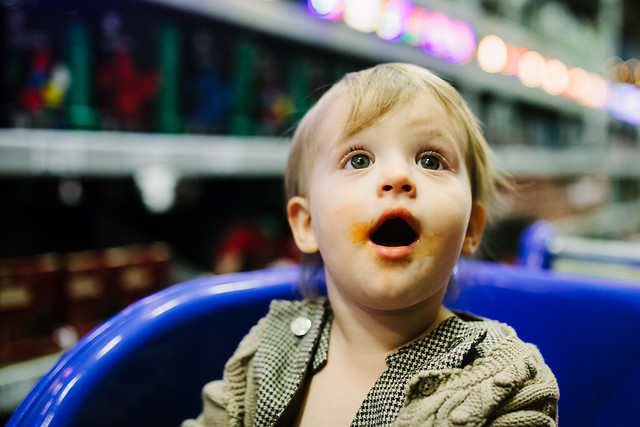 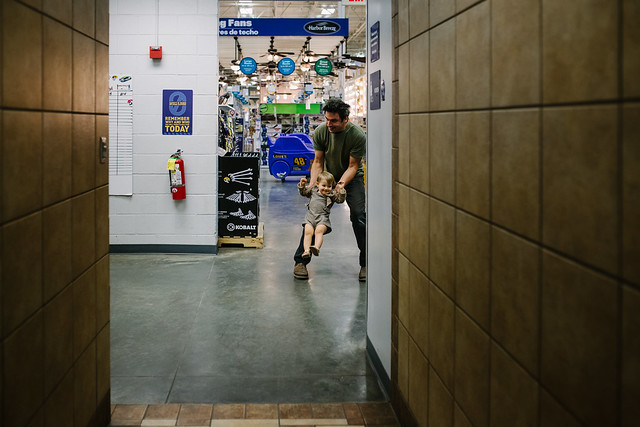 One thought on “Portrait of Play, Week 43”