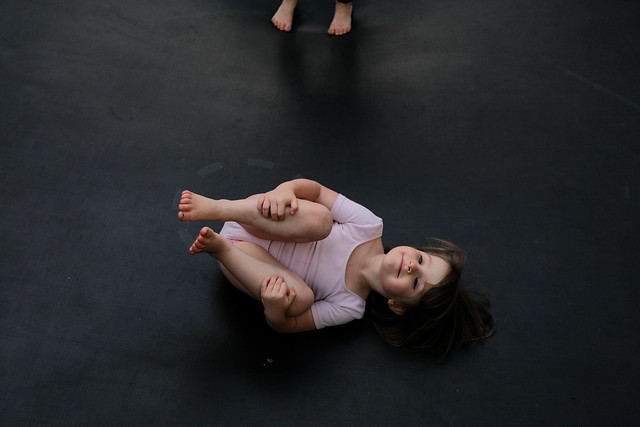 Well, I didn’t mean to have two weeks in a row of trampoline fun, and actually I think I have scrambled some of my weeks in here a bit. I also never meant to be so many months behind in my documentation. But here we are, on the trampoline, a long time after the fact.

We spend our Monday afternoons with access to a trampoline, and so the kids have learned all of the fun games that come with that territory, cracking the egg, dead man, and several others they have certainly made up. Roland loves to be on the trampoline with them, but his legs often buckle under him, and it terrifies me a bit. All of the eyes-closed games become eyes-opened games when he’s on the trampoline, and really they are all pretty careful with him.

Oh, and it’s interesting to see that Winnie’s leotard phase has been going on for a long time as now 6 months later, she still prefers to wear them everywhere. I’m especially fond of the underwear sticking out. 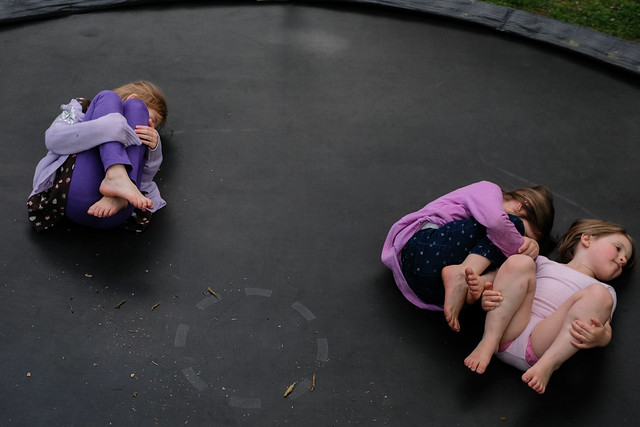 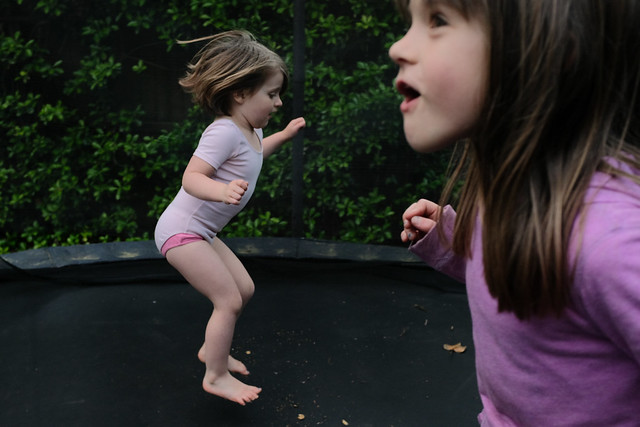 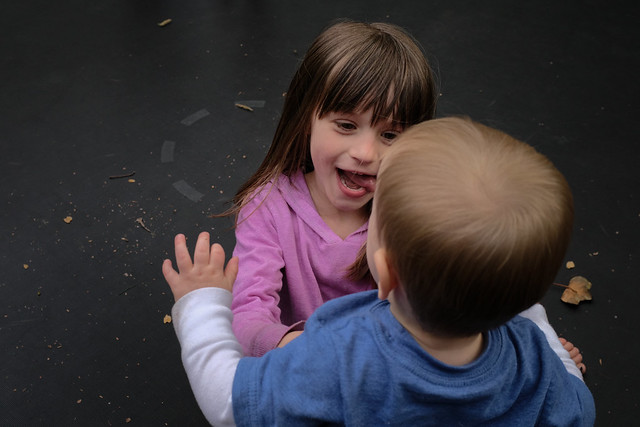 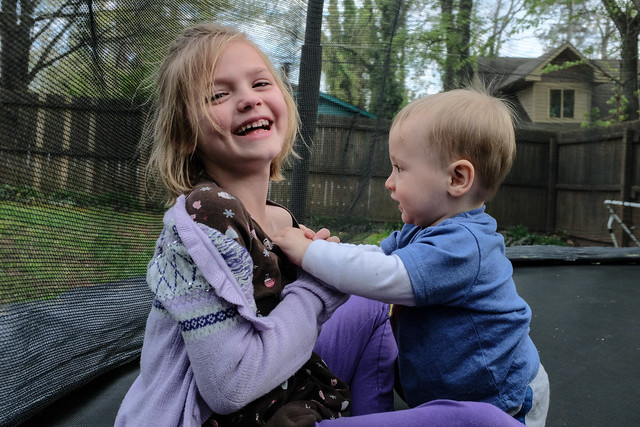 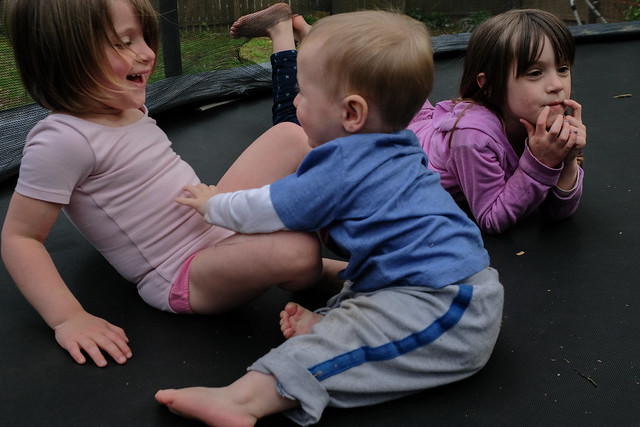 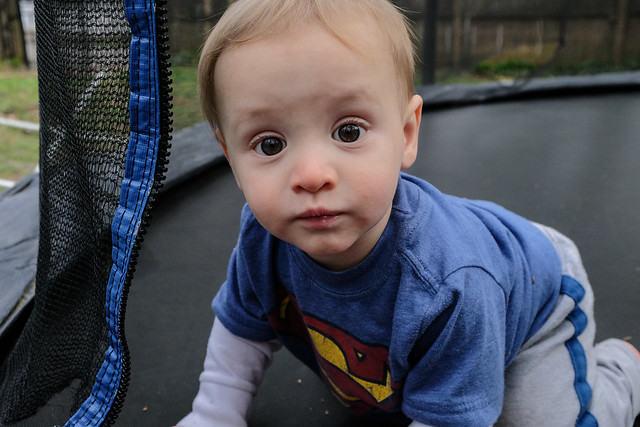 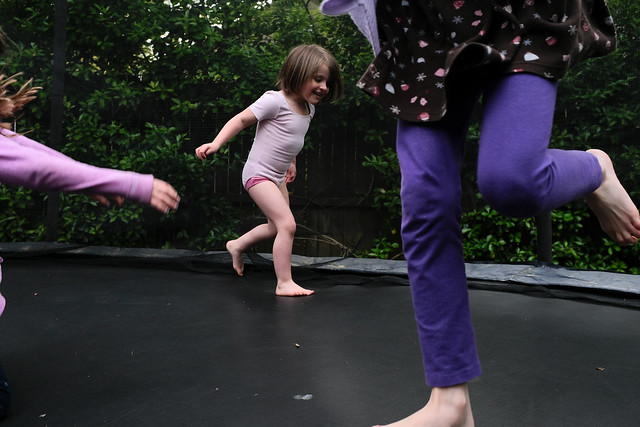 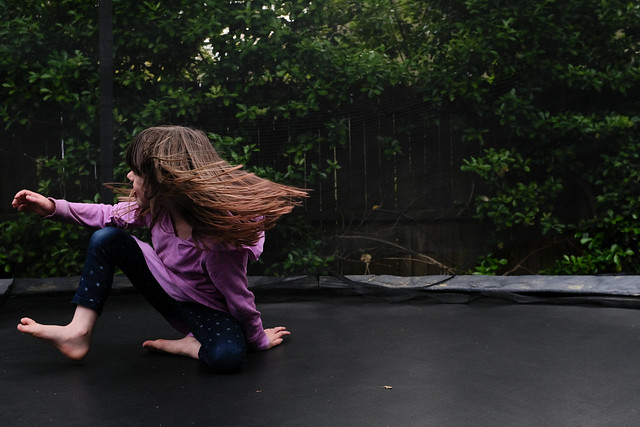 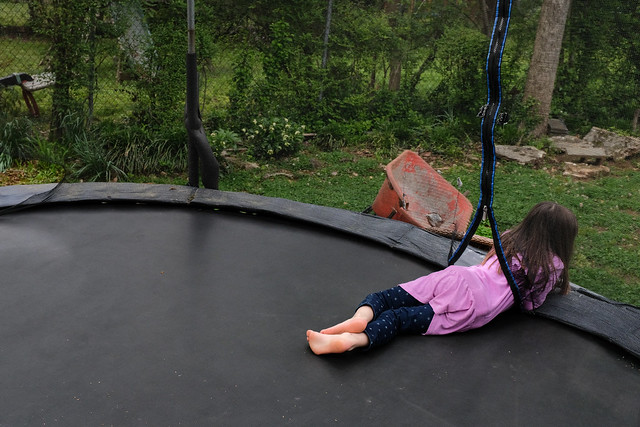