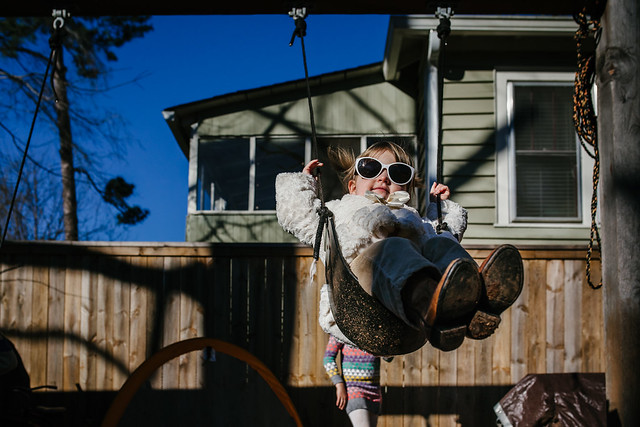 We spend a lot of time in this backyard, and the kids have worked hard to make it their own special space. Most of the time, I am told to go inside, as they are really loving the independence of developing their play schemes without nagging supervision. Lucky for them, and for me, there are windows to all the backyard views. I was really hoping they would be working on their fort this afternoon, but instead they were having band practice. They took turns playing the different instruments and being the lead singer. They’ve been really into that Grace Vanderwaal girl and her song that starts with “I Don’t Know my Name.” Chuck’s turn also included her renditions of “The Little Drummer Boy” and “The Friendly Beasts.” After being asked to leave them alone, I putzed around with my tiny diva. Winnie had found a little purse in Ella’s room with sunglasses in it. She was carrying around a stick that she had taken from the tree that had fallen on our neighbor’s house and was wearing my favorite boots that had been her uncle Chad’s when he was a little boy. She wanted to swing, but she only wanted Ella to push her. They had finished band practice, so Ella pushed her for awhile. They looked at Pokemon cards in the fort they had built, sitting in the seats they had made out of bricks near the toilet, fire pit, and stove they had constructed. Ella got her camera out to take some pictures, and I had her snap a couple of the girls and me. Chuck couldn’t be bothered to get off the swurfer, but we managed to work her into the frame anyways. Charlotte climbed the tree, and then we all went inside for some resting and reading time. 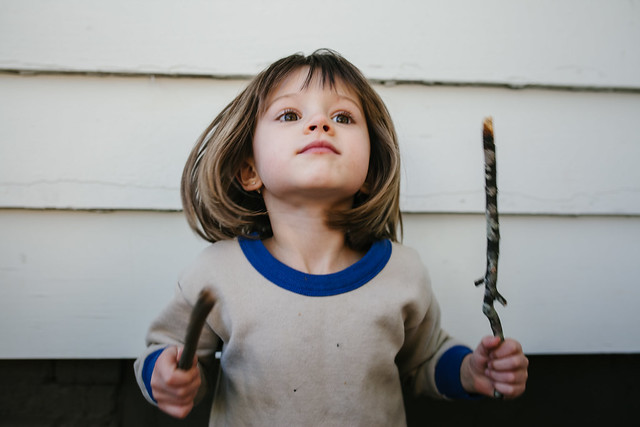 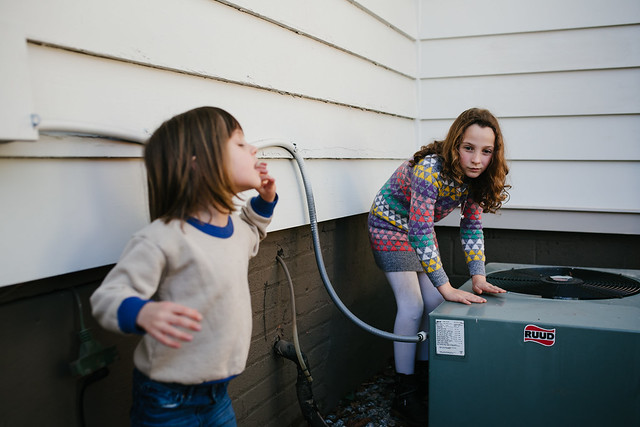 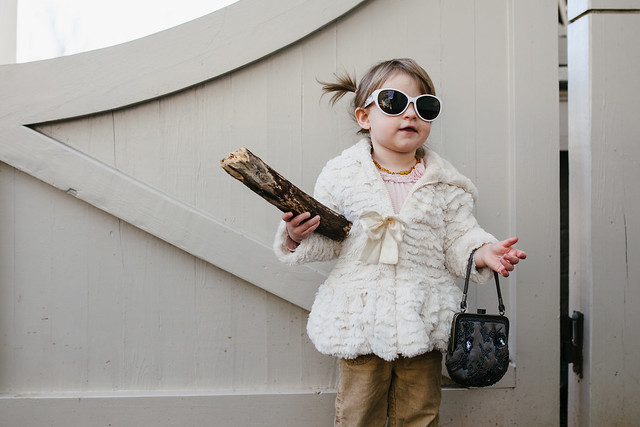 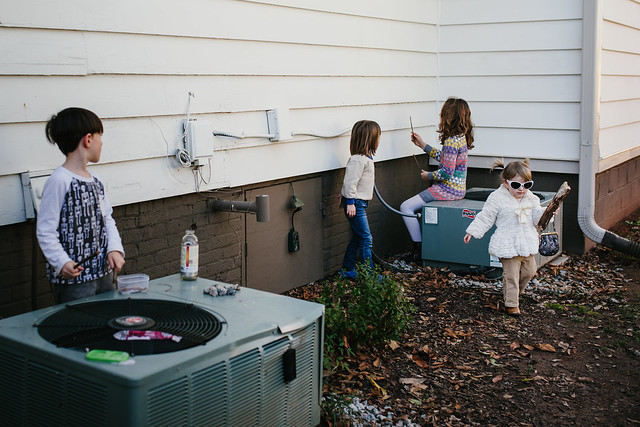 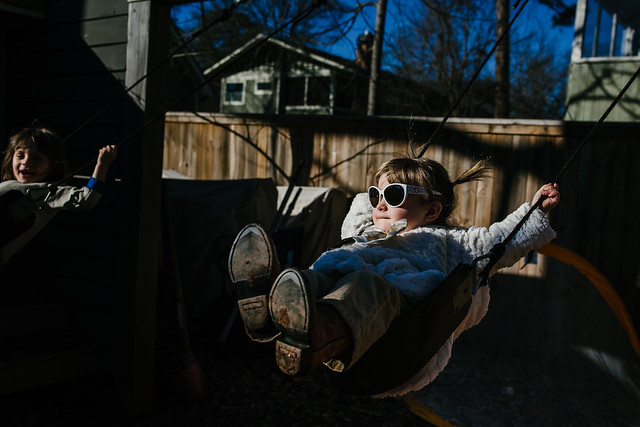 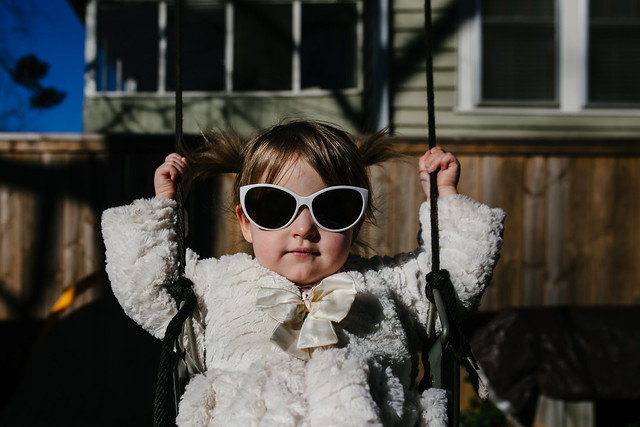 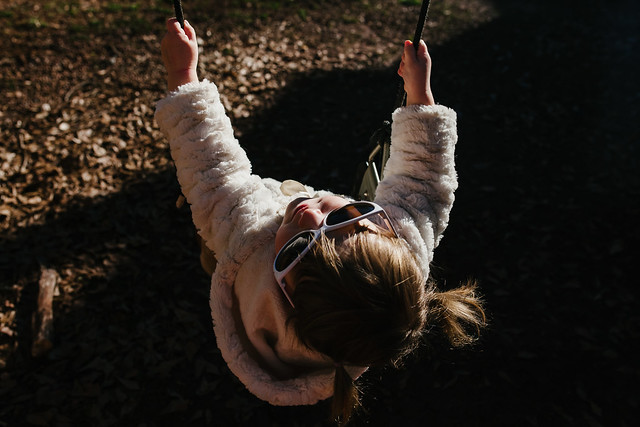 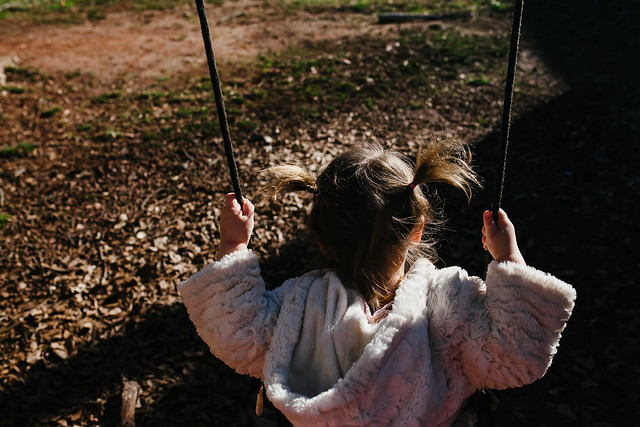 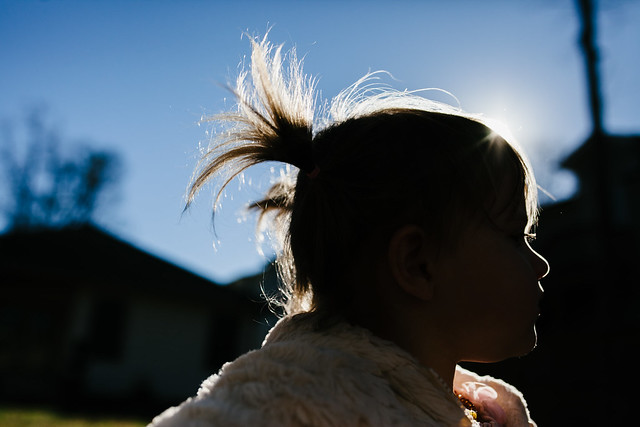 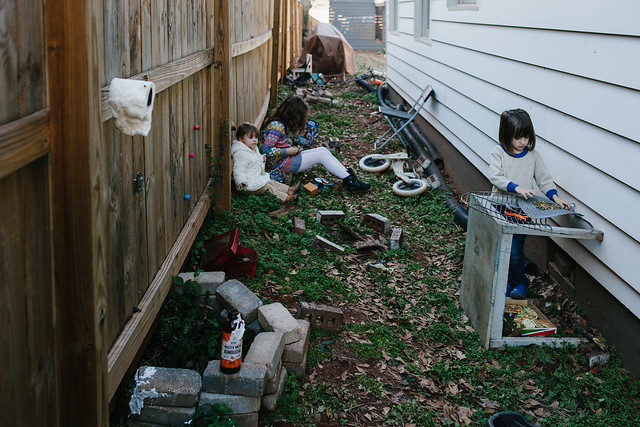 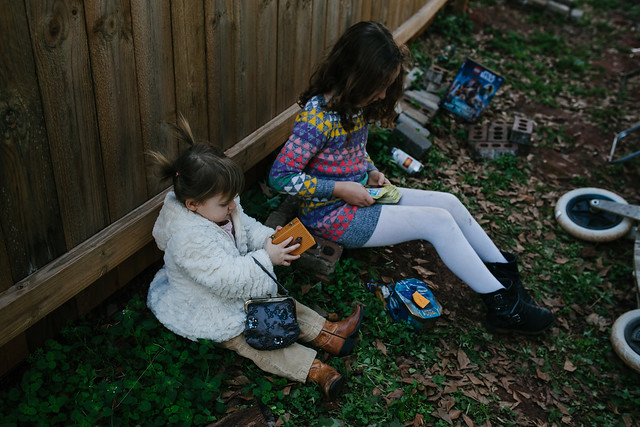 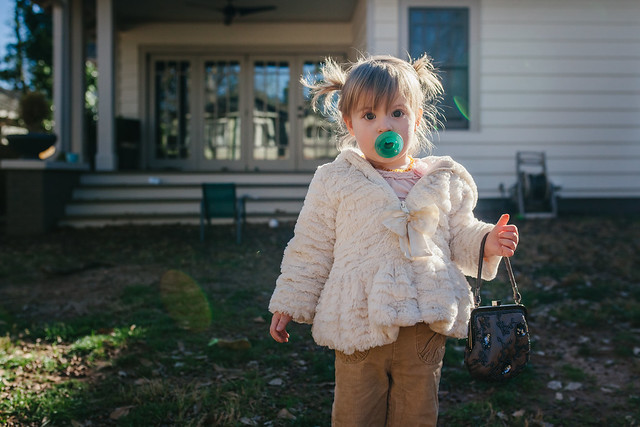 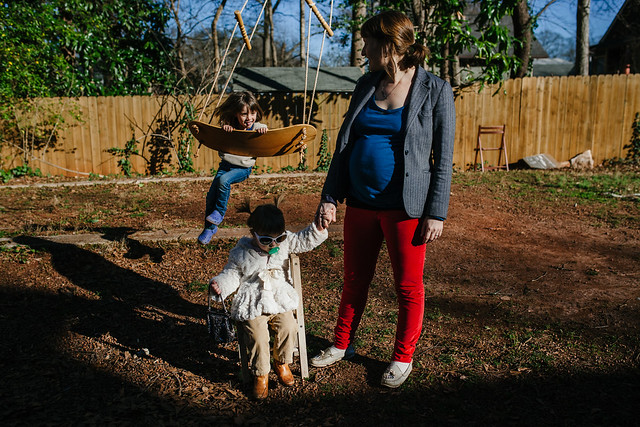 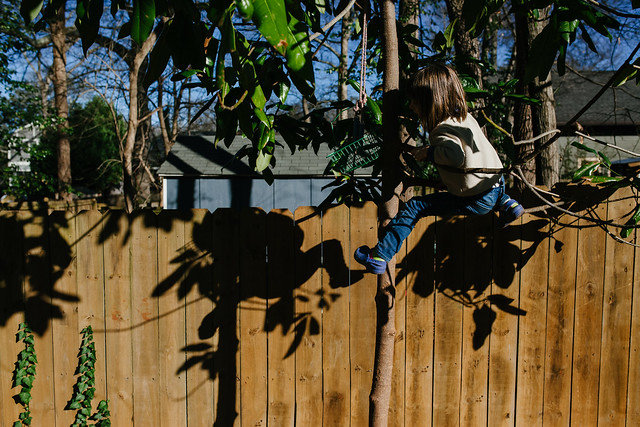 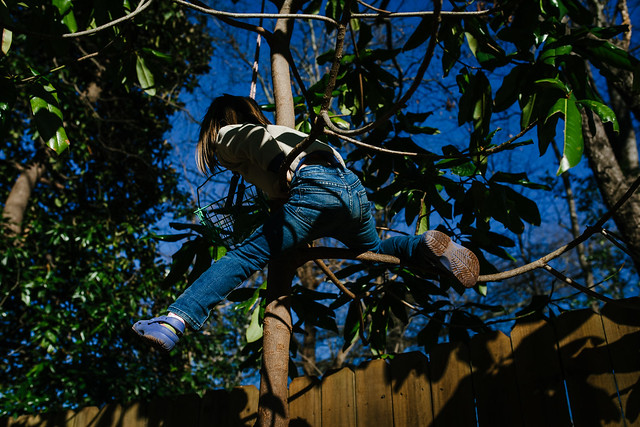 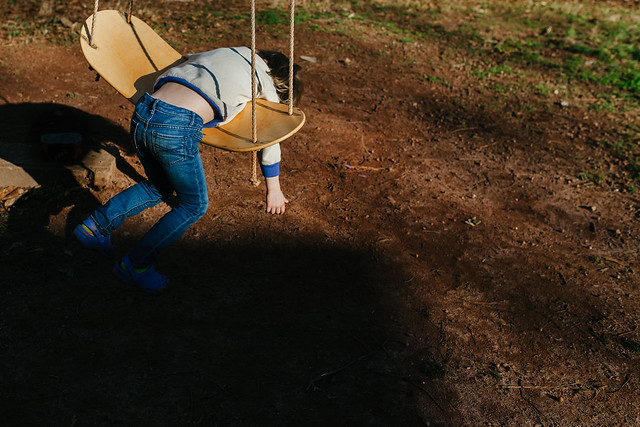 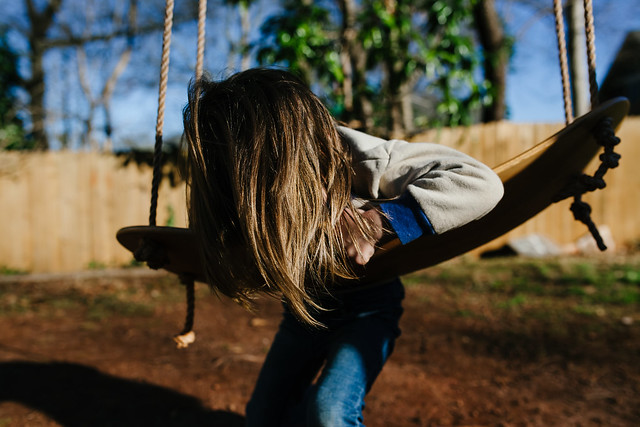 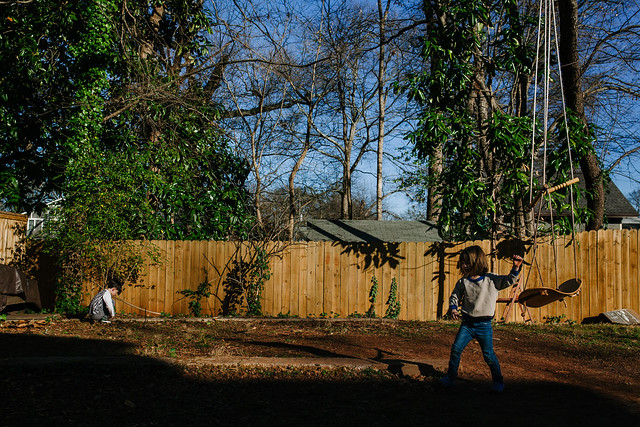