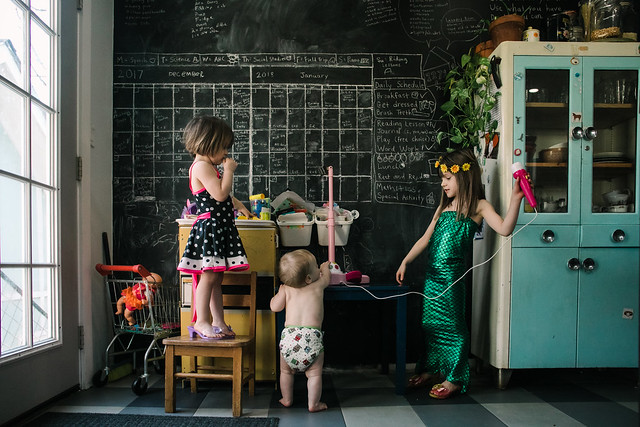 The rug in the kitchen often turns into a stage. Winnie started off with a show. They were on a trip, but I don’t remember where they were going. Chuck got a turn on the stage and then when it was Winnie’s turn again, she got out the microphone. Roland, who has been increasingly interested in playing with the girls, was very excited about the microphone and kept trying to play with it. Winnie was getting super upset, and we worked out various solutions that never ended up satisfying the situation. The girls are all about everything Shimmer and Shine and any sort of glittery character with superpowers and now incorporate charms and wands and all sorts of magic into their play. Charlotte was changing the backdrop with her arms and making it rainbows. Winnie was working through the struggle of having to negotiate space and attention with her little brother who is more competition now than he has ever been before, and Roland was there watching it all studying the faces and responses to every interaction. 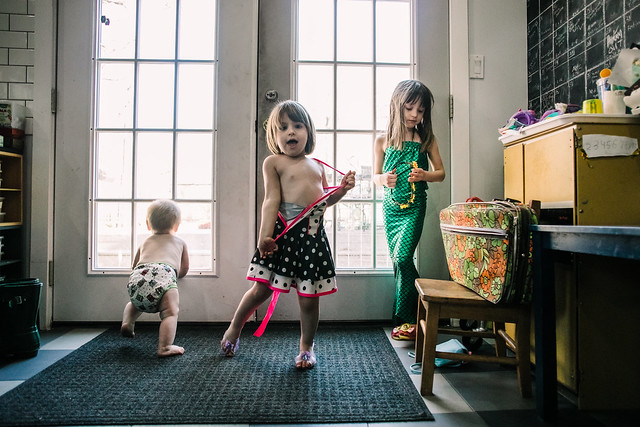 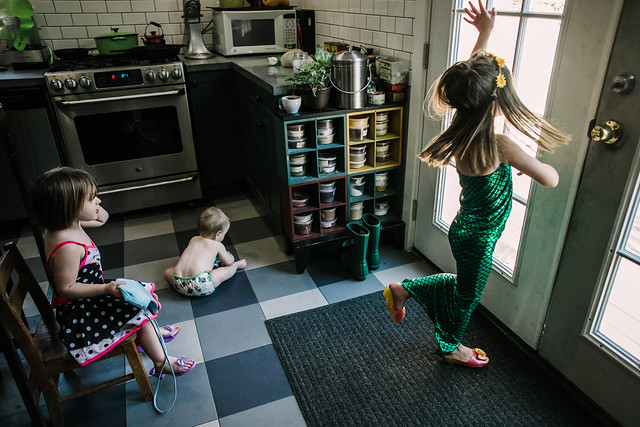 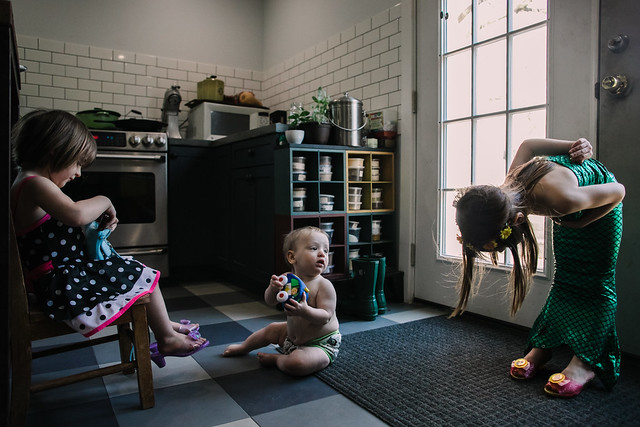 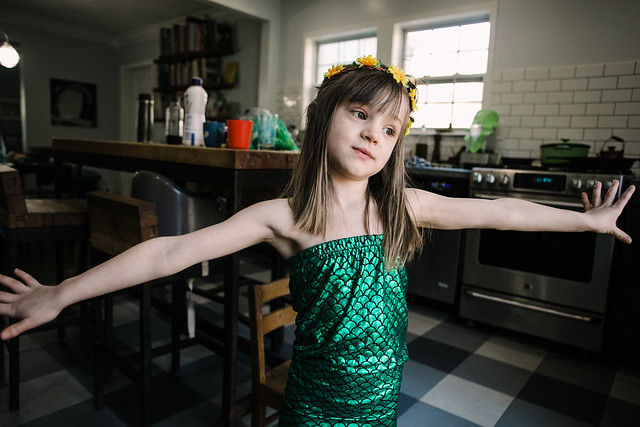 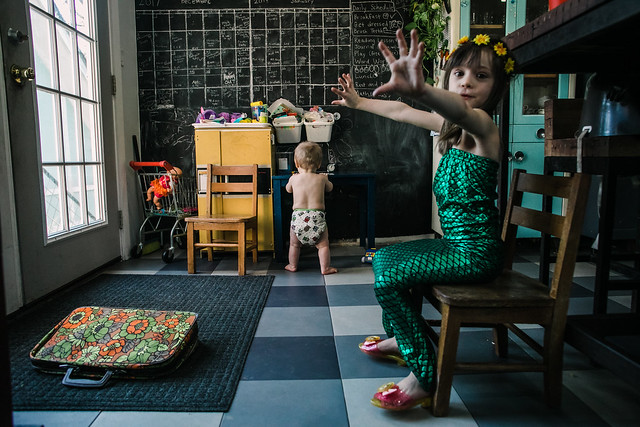 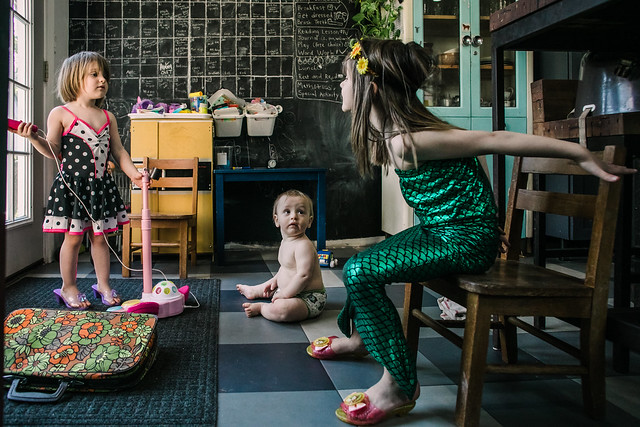 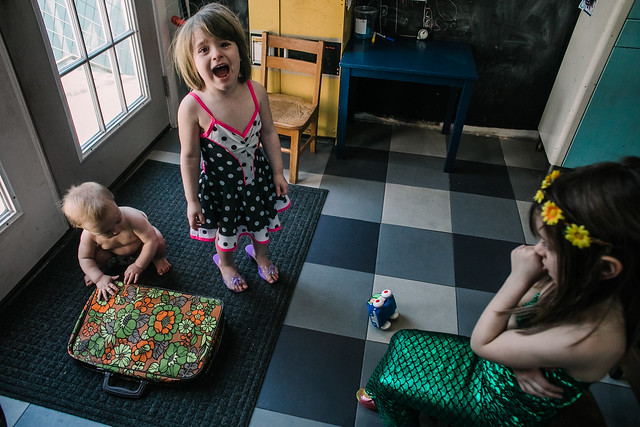 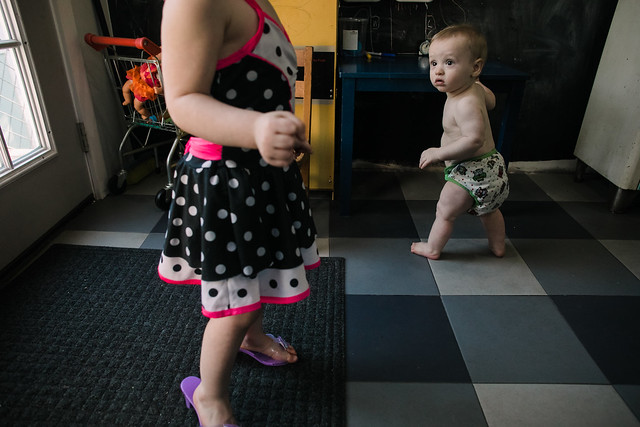 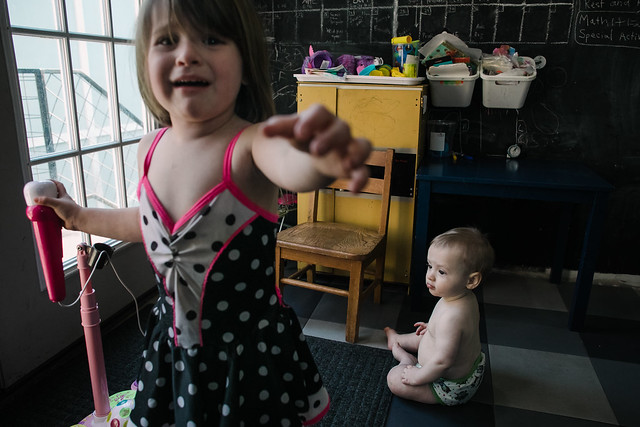 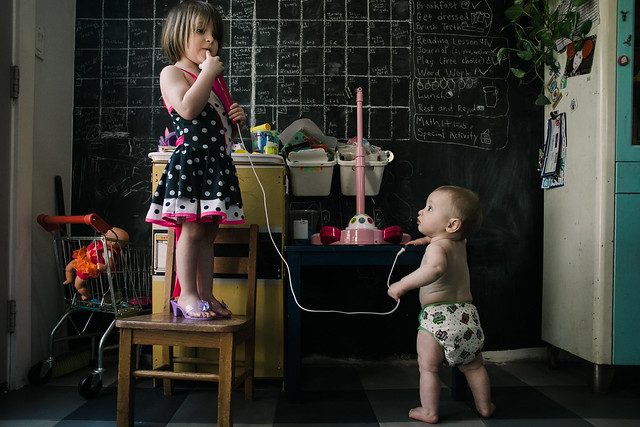 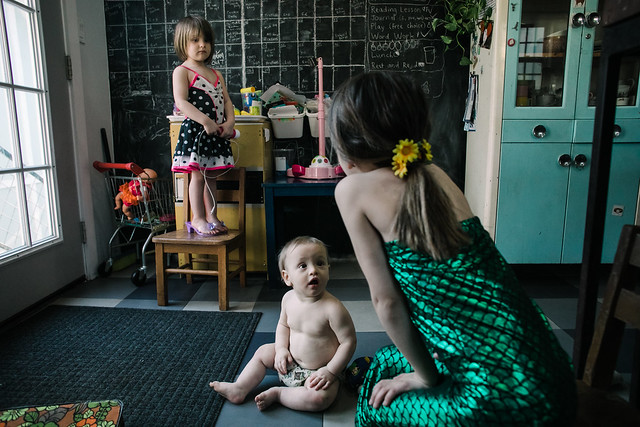