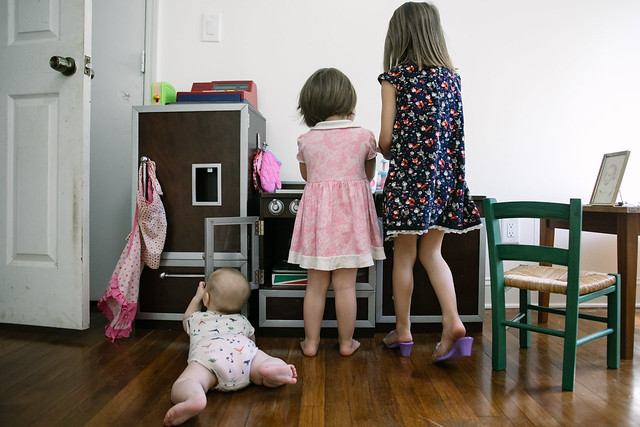 Roland wants to be in on all the action now. For the most part this is a good thing because his sisters usually want him in on it as well. Sometimes he will be lugged around into their play world by them. Other times, he will scoot his way into their activity wherever and whatever they are doing.

They have been using the space behind the rocking chair as a house sometimes and as an elevator other times. The electric outlet back there is their tv or it becomes the elevator buttons. Then they move to the playroom, and Roland follows along after them. He loves the kitchen set even though he keeps pulling the door open on himself. The girls have been setting up a restaurant and having tea parties and meals using the coffee table as their table. I don’t think it’s going to be going back into the living room. They found some old pictures of James in frames that they have been using as decorations for their parties. Oh, and that clean floor is because everything is now accessible to Roland. 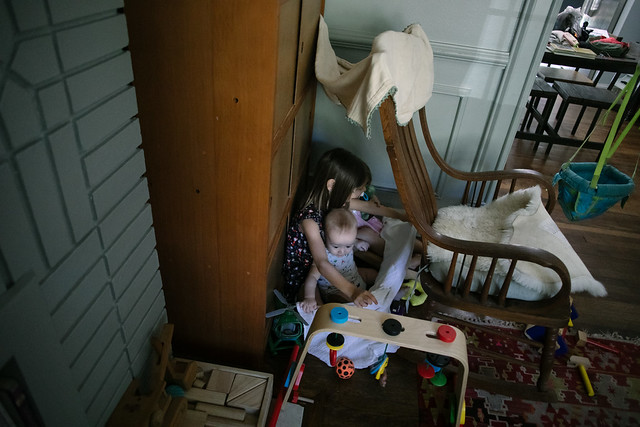 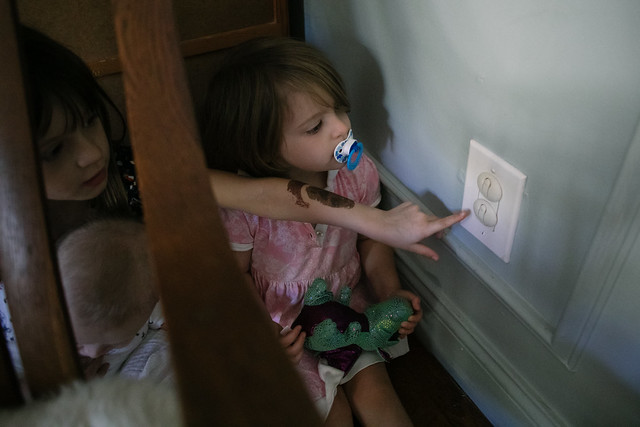 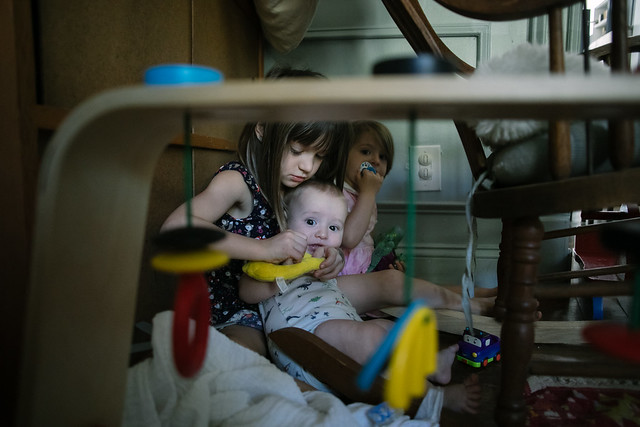 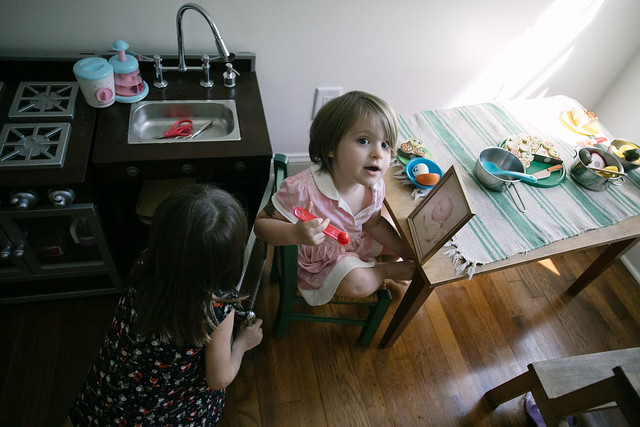 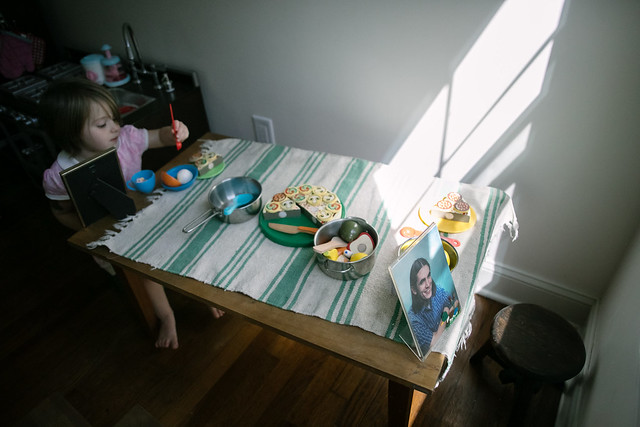 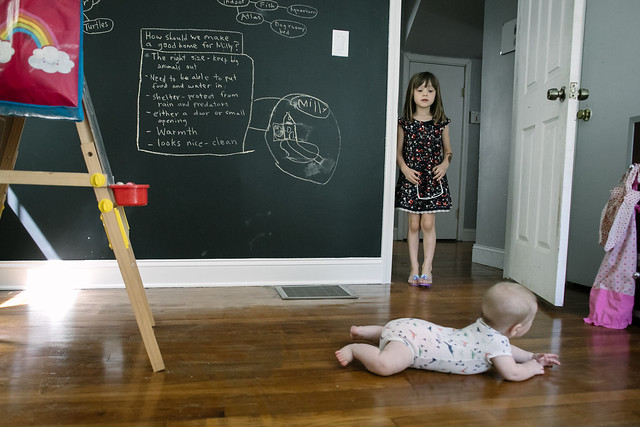 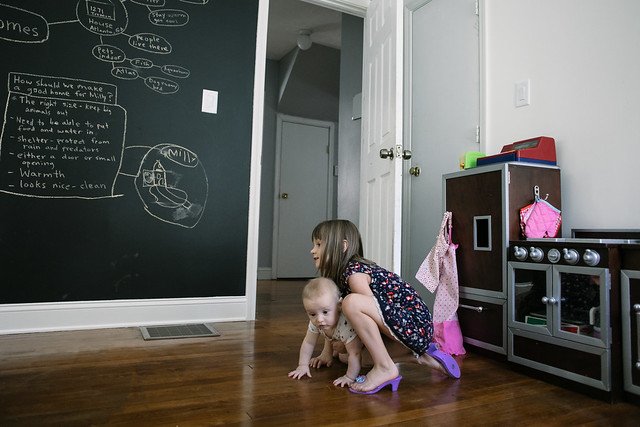 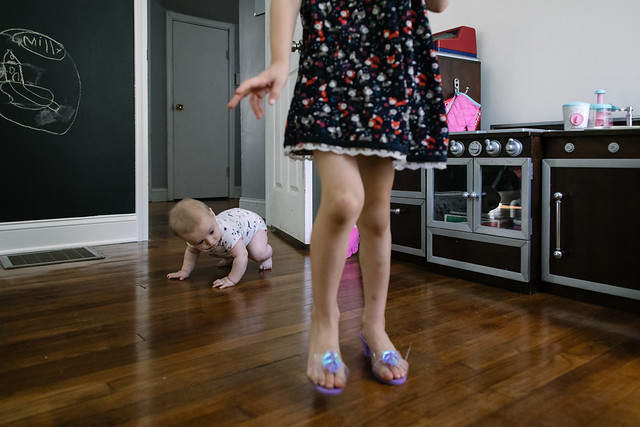 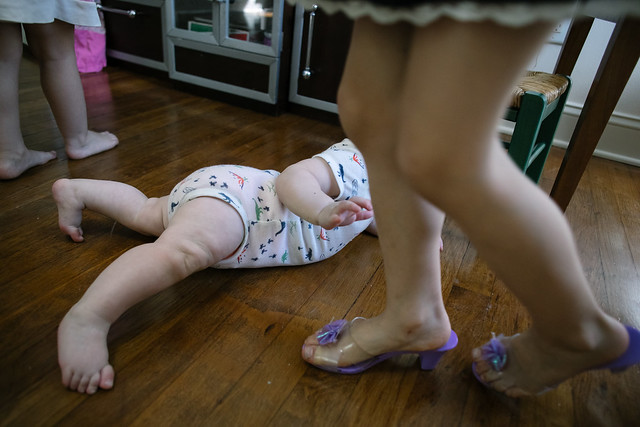 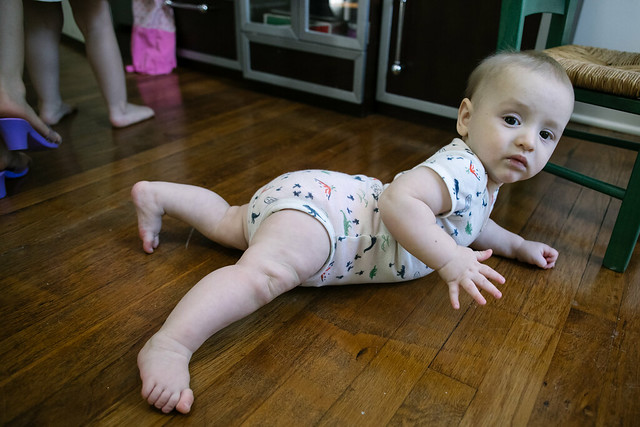 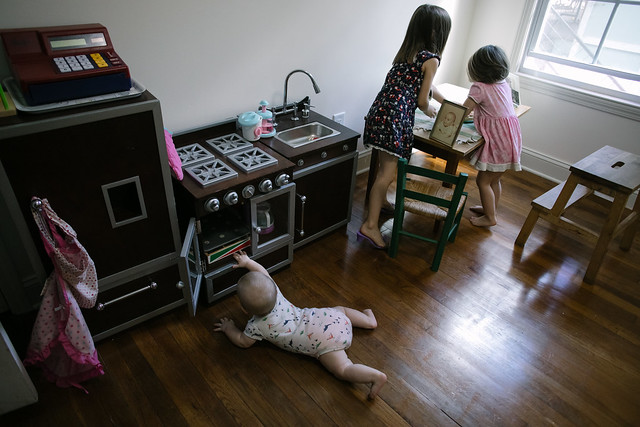 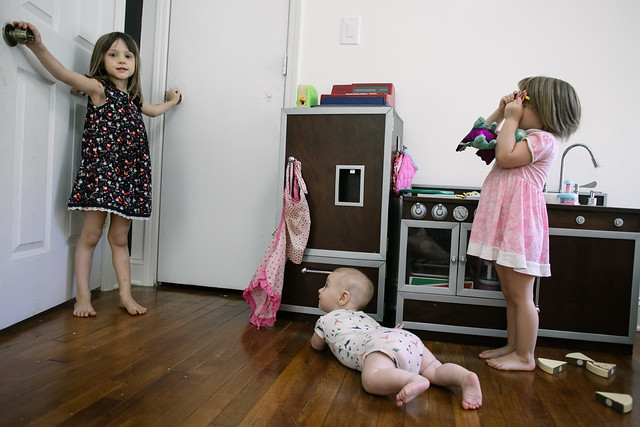 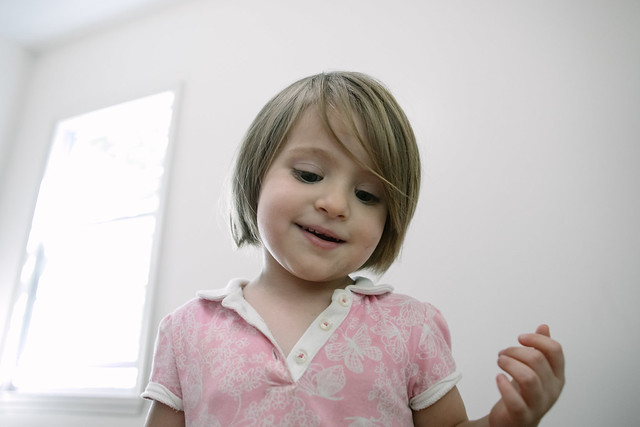 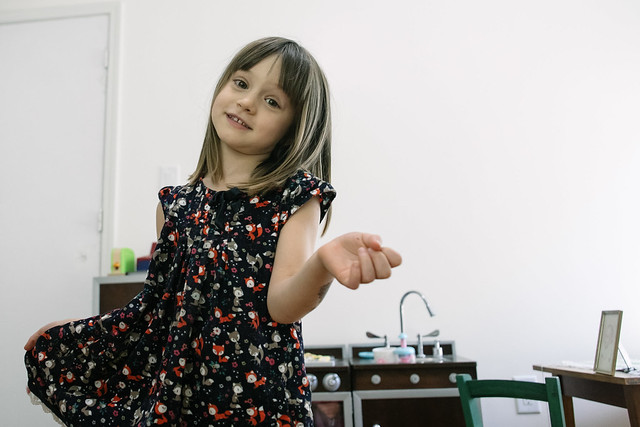 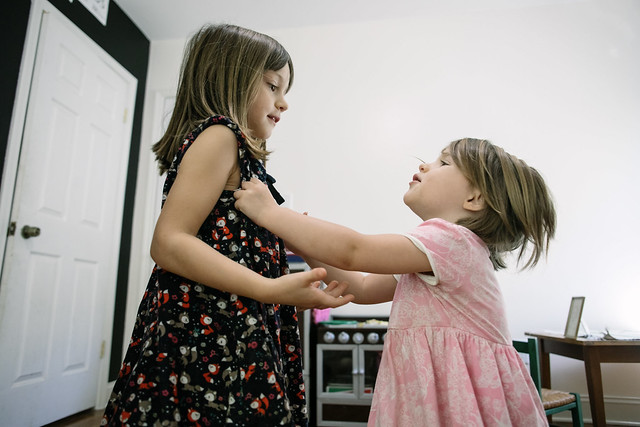