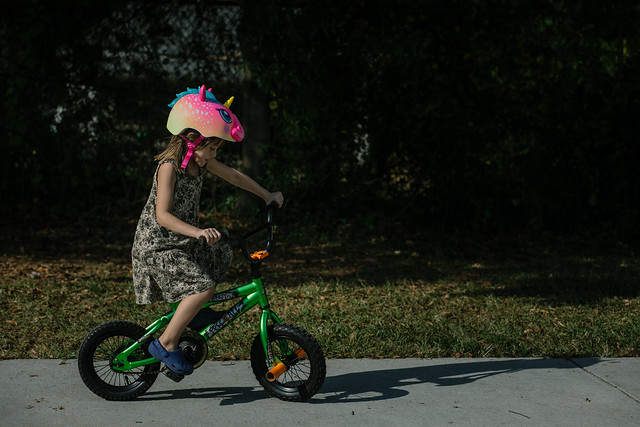 Charlotte hasn’t had very many opportunities to practice riding a bike. She really wanted to go the park, and we convinced her to bring her bike to try riding it again. The last attempt months ago wasn’t completely successful. She’d be able to go for a little bit, but then she’d steer herself into the grass or lose her balance. As we were getting bikes and helmets out, Chuck was riding her old balance bike around in the house to show Winnie how to ride it, but Winnie wanted to bring the scooter instead. Charlotte said that she didn’t want to wear a helmet because none of the helmets fit her and they hurt her head. I looked at the sizes and realized they were all toddler sized, so we went to the store first to get her a helmet. I’m a little surprised I let her get the one she wanted. When we got to the park, she got on her bike like it was a balance bike and started using her feet on the ground to go forward. James told her to just move her feet to the pedals and start pedaling, and off she went. That was it. It clicked, and she probably rode over two miles going around and around the track. As James watched her biking off in the distance he said with equal parts humor and sincerity, “and there she goes, riding off to college.” 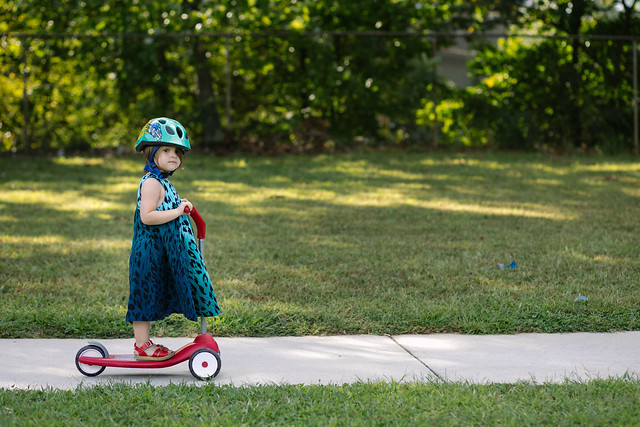 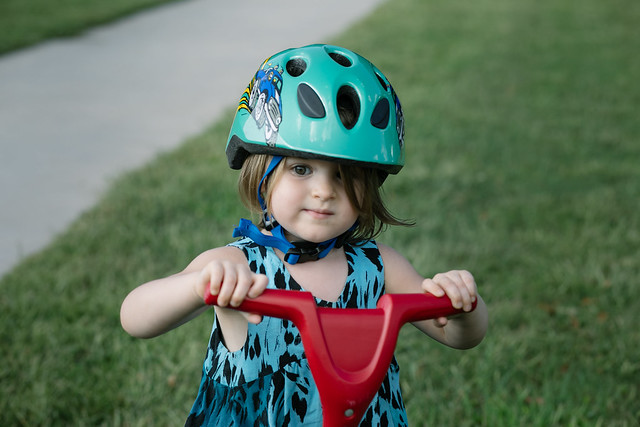 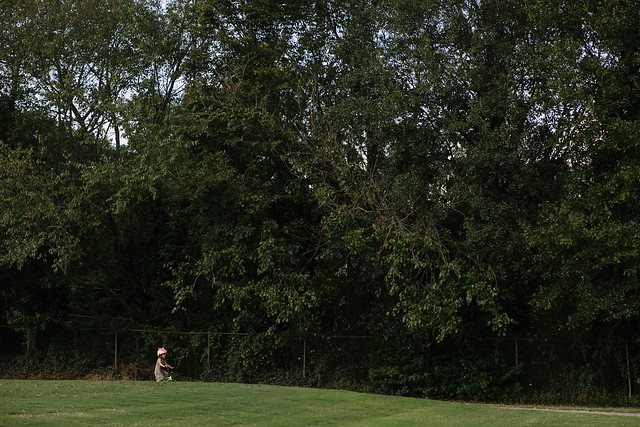 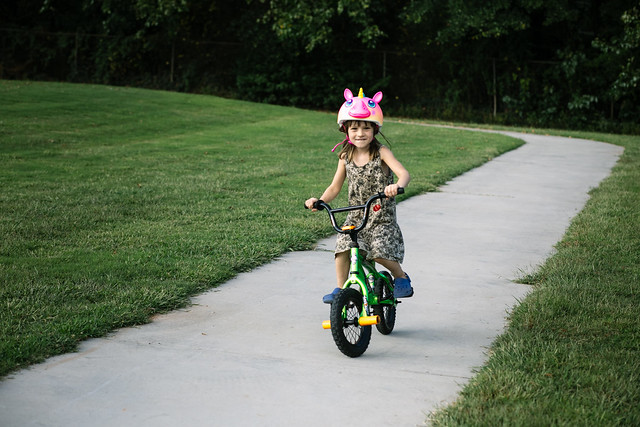 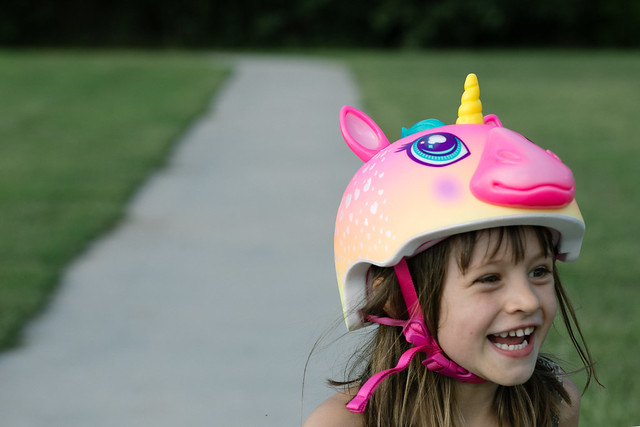 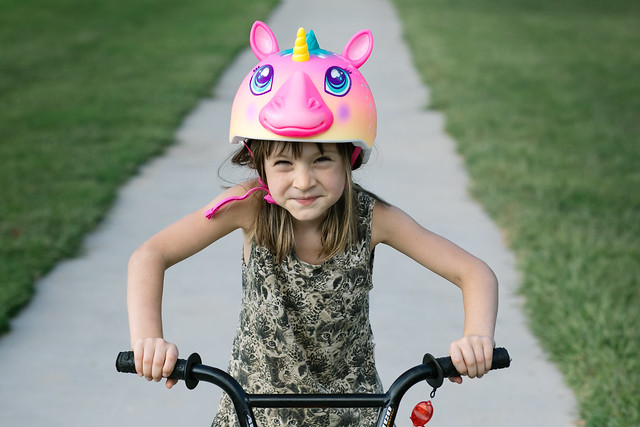 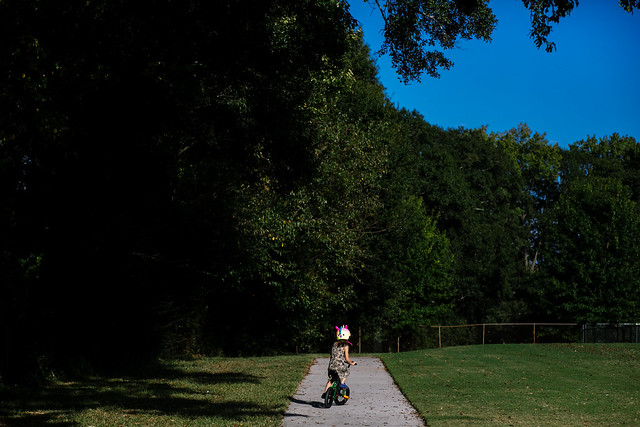 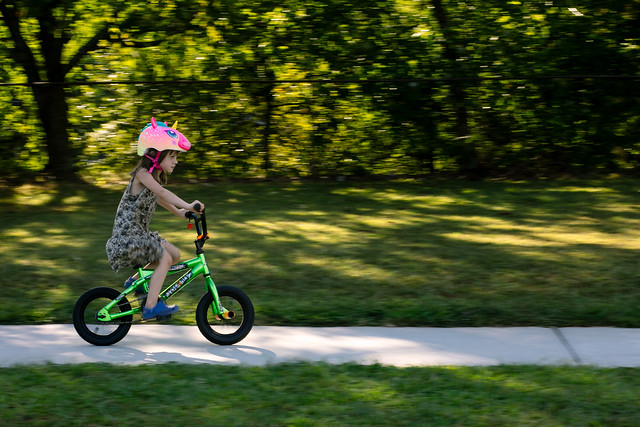 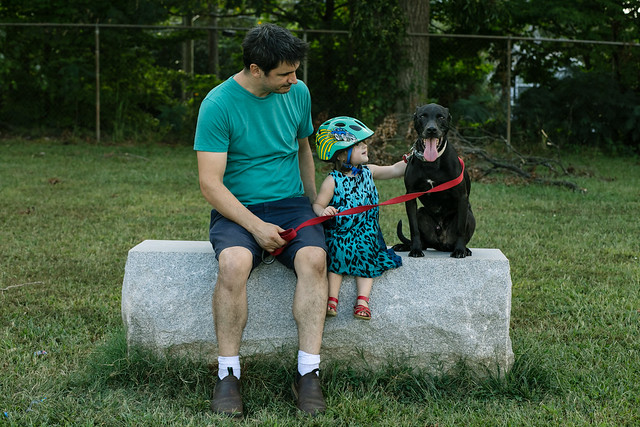 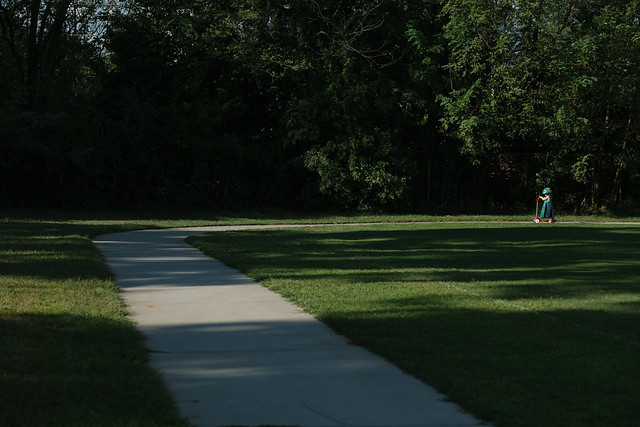 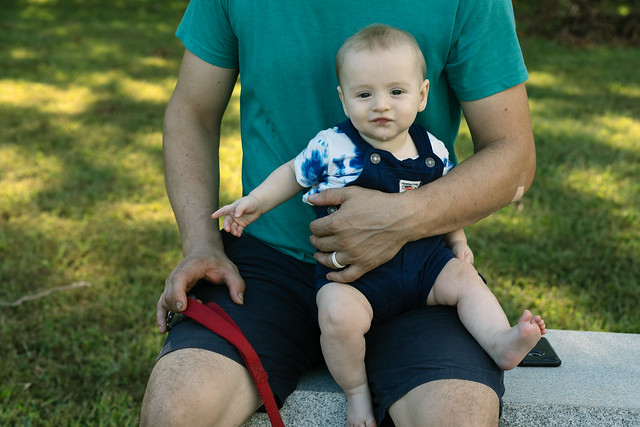 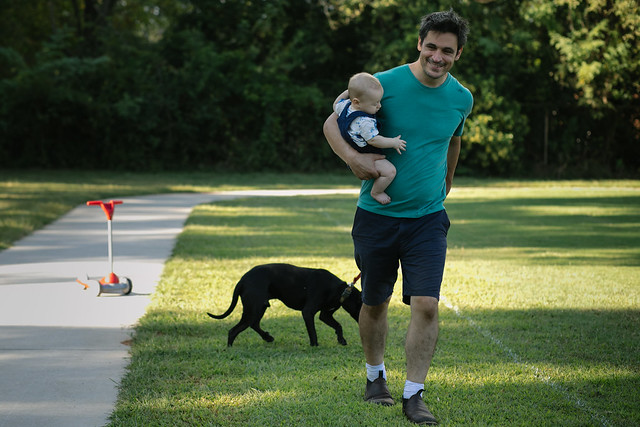 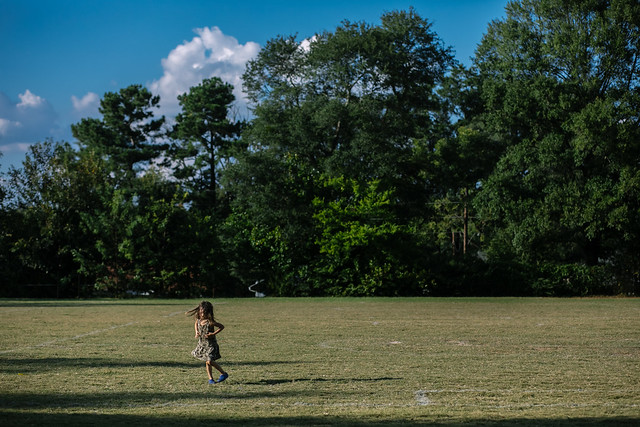 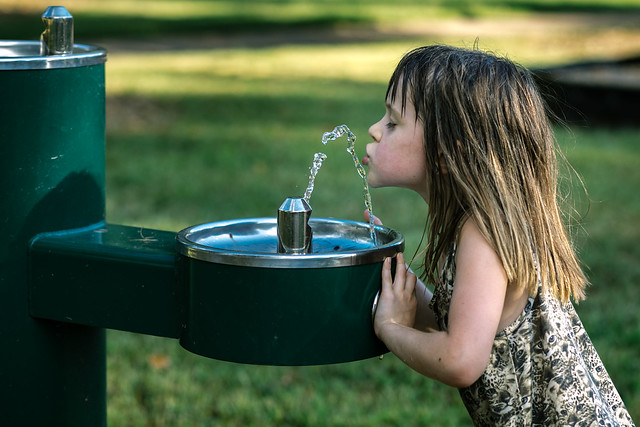 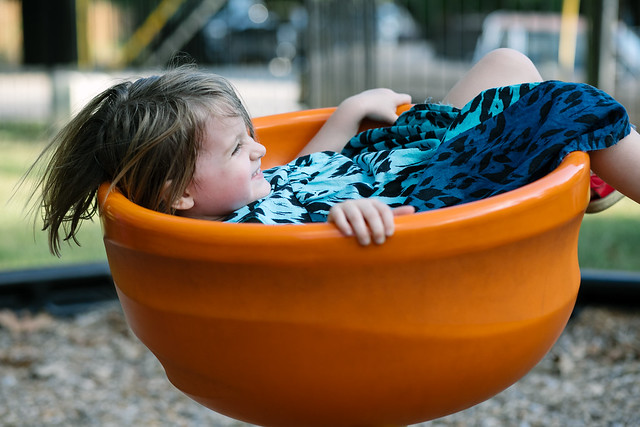 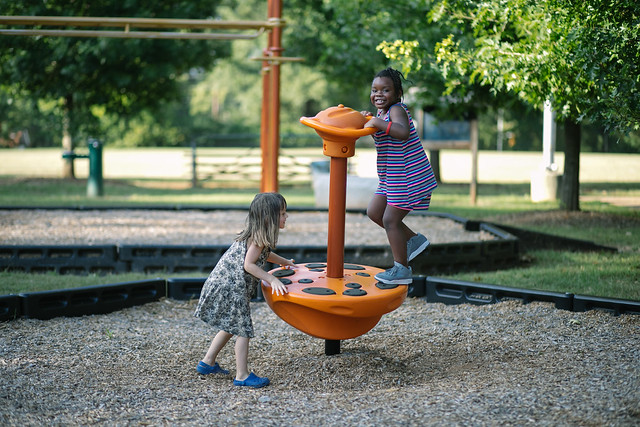 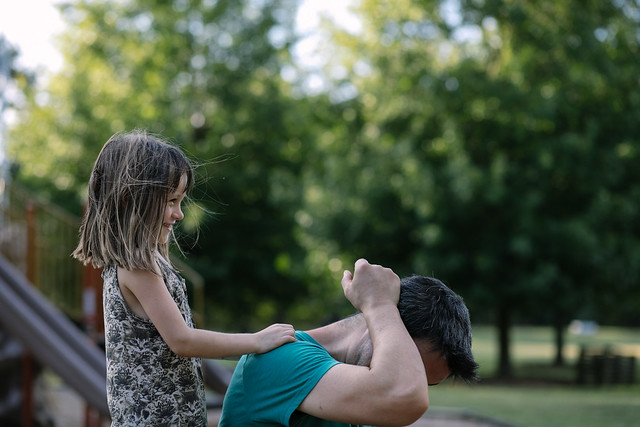