Car seat survival. Everyone was much more playful on the way up, and the Play doh and dolls and window markers and travel bingo were all more of a hit, so I decided to share some of those photos here as well. I’m a little hesitant to show these car seat photos because I see that Chuck’s chest clip slipped down and Roland’s body slipped down, and I’m sure there are things that are not in place the right way in these photos even though I’m one of those people who actually reads the car seat manual. 17 plus hours is a long time to be in a car though and bodies shift in their seats. We made it, and these guys were major troopers, especially considering how tired they all were and Chuck was recovering from salmonella.  Anyways, I wrote a little more about the trip for the blog on Pregnancy and Newborn magazine that I will share at the end of this post. 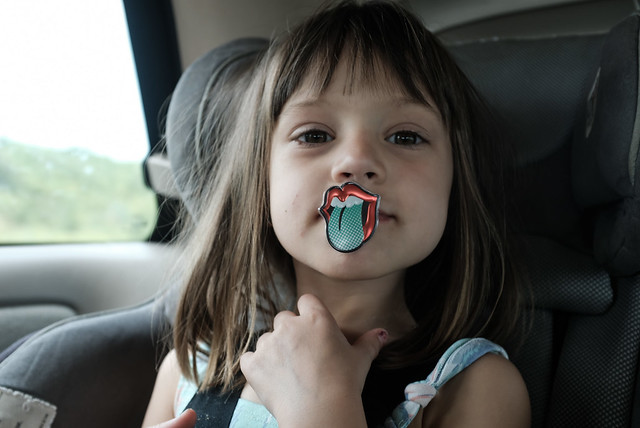 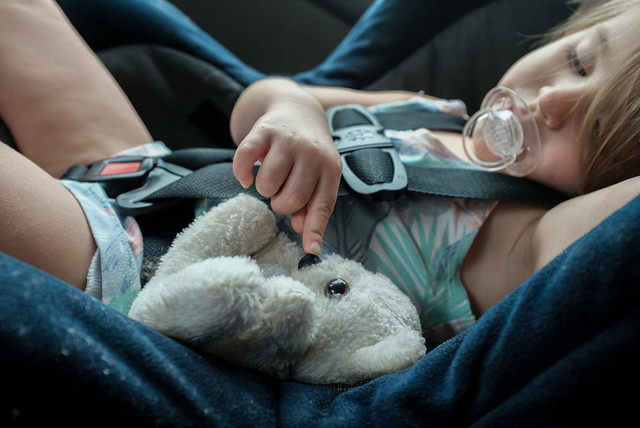 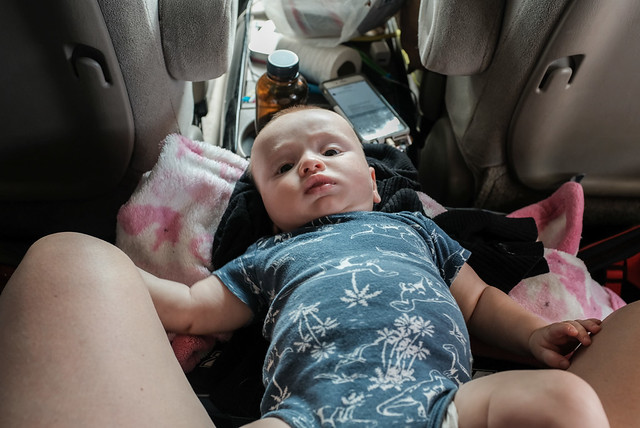 [This was taken during a diaper change at a gas station stop.] 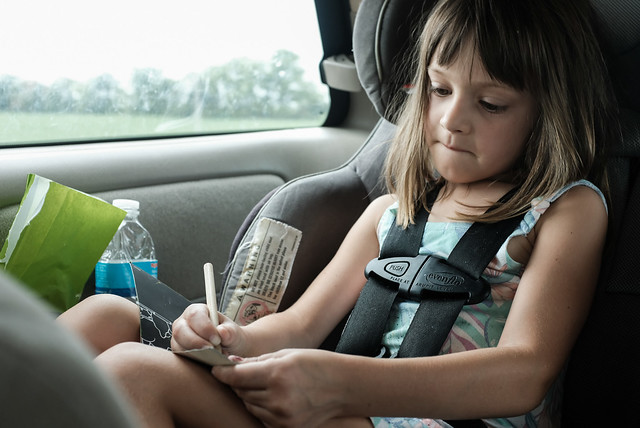 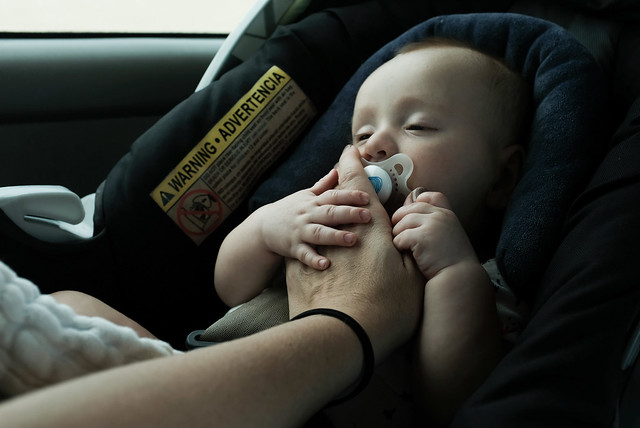 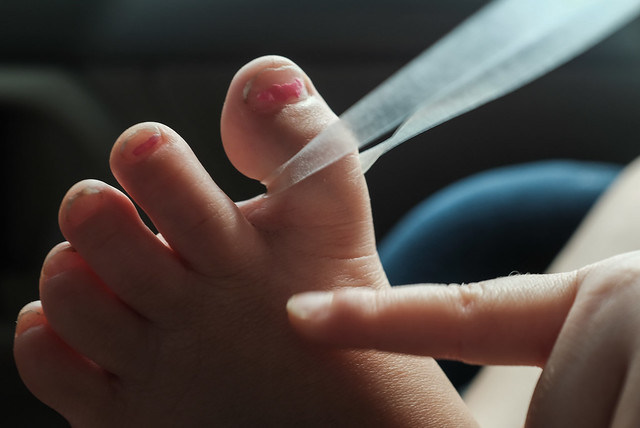 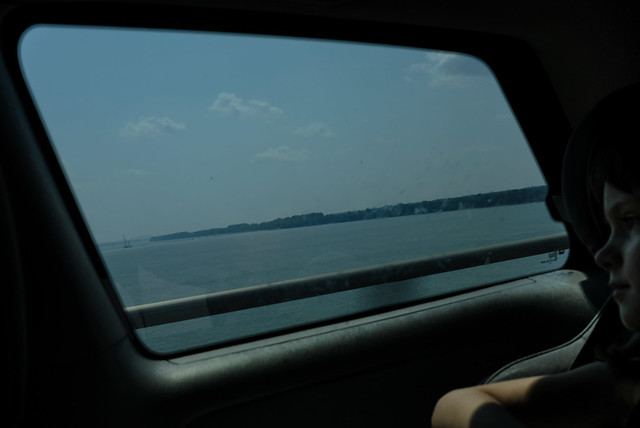 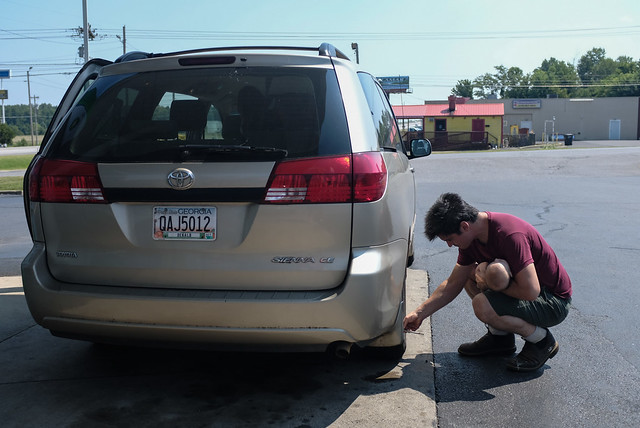 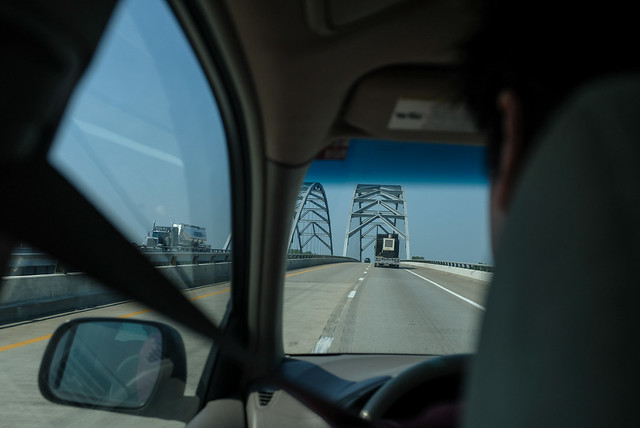 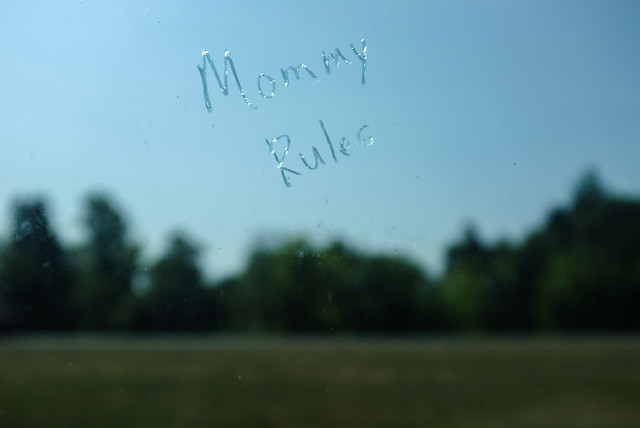 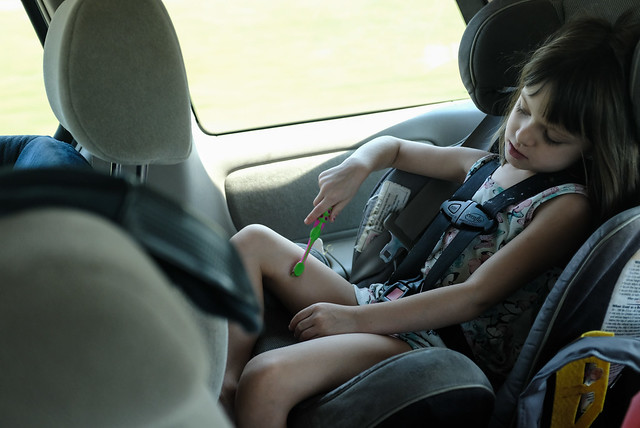 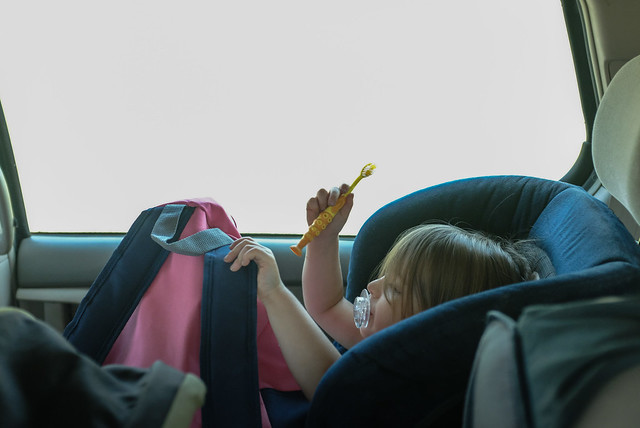 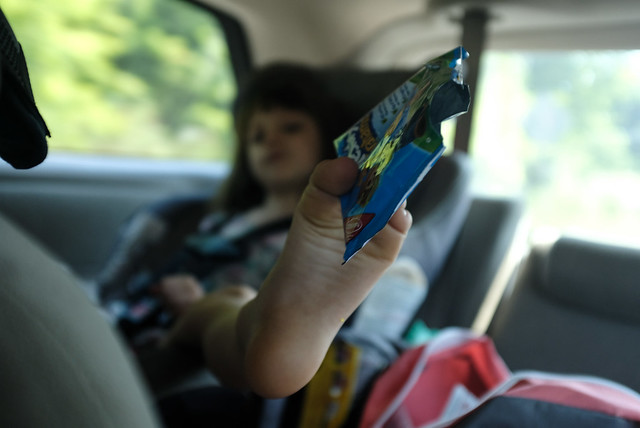 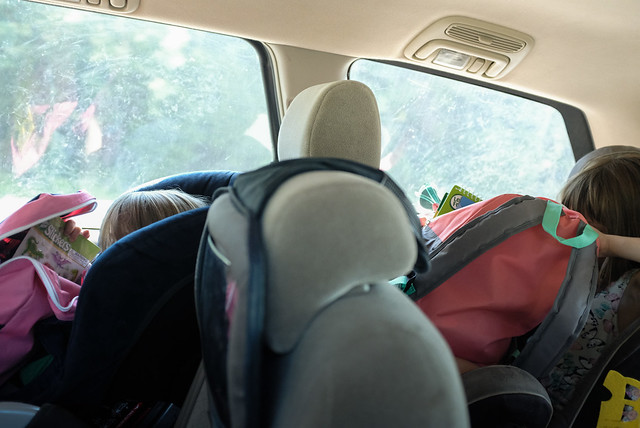 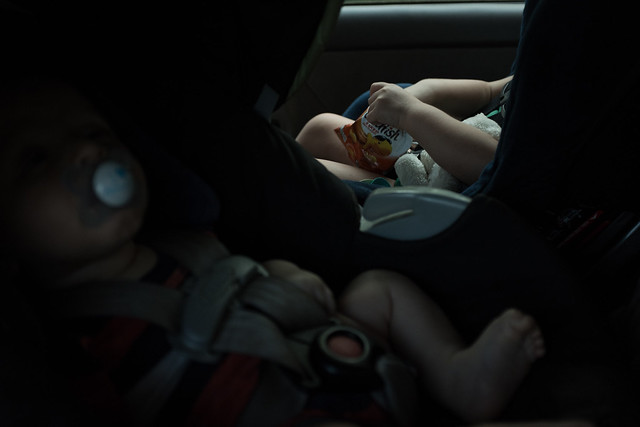 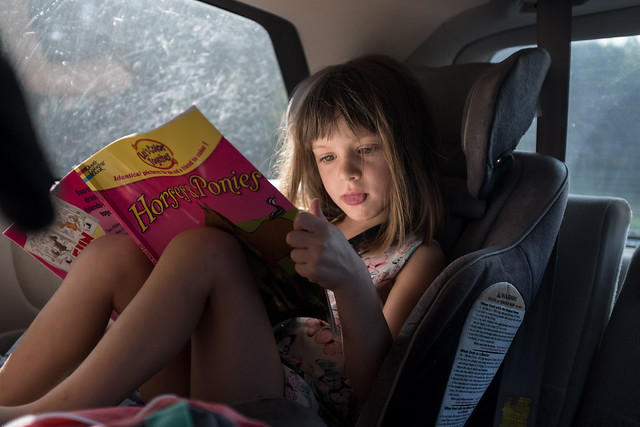 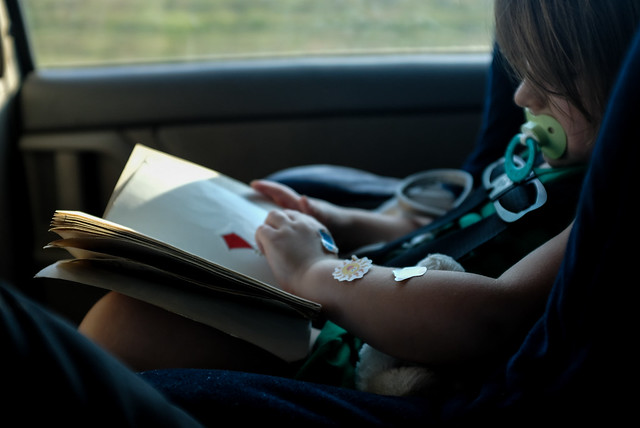 There are so many unpredictable variables that can either make or break a road trip with kids. After the summer we have had, I was more than a little nervous to embark on a lengthy road trip with three kids and gamble that it would be ok. The alternatives were even less desirable though as I was unwilling to miss my grandpa’s 90th birthday celebration, and I vowed to not take my oldest on a plane again after our last flight. So, we decided to take the road trip that Google said would take us 15 hours if we didn’t stop, and even though the vacation was exhausting, it was worth it.

Managing expectations is essential when traveling with kids. We had made the same trip 5 years ago with an 8 week old. It took us 20 hours, but we were able to do it in one day. Yes it was grueling, but we knew it was going to be. We knew we would have to stop often, and we did. This time around, we followed the same schedule of getting up before the sunrise to drive all day and hopefully make it there before either of us got too tired to drive. We knew there would be lots of potty breaks, lots of nursing breaks, and lots of whining. There was, but it wasn’t as bad as we expected. On the way up we made great time and got to our destination in 17 hours despite the fact that the kids didn’t sleep nearly as much as we had hoped.

Not only was it a good idea to know what to expect, but it was also important to be prepared. Grandma had packed the kids some backpacks full of snacks and activities for them to do along the way. I had one extra bottle of milk for the times that Roland needed to eat when we couldn’t exit right away. Thanks to using a milk saver, I was able to save a little extra milk each time I nursed as well. I so badly wish I had known about those for the first trip we had taken when our oldest was a baby. We had a cooler packed, extra activities handy, a pull up on the two year old, and an old phone charged for the kids for when all else failed. The kids were so excited about their backpacks full of activities and getting there that they managed well on the way. Roland was a champ and didn’t seem to mind his whole day being spent in a car seat.

The way back wasn’t quite as easy going as the way there. The trip took a bit longer because we hit traffic and construction and our oldest was recovering from salmonella (trust me, not a fun way to spend vacation). Everyone was tireder and whinier than on the way up, including the adults. The anticipation of vacation was replaced with the dread of getting back to reality, and we struggled to stay awake that last hour of the trip.

We made it home, and while we need a few days to recover from our busy time away, I’m so happy we got to go. It’s sad that the kids don’t get to see their cousins on my side of the family more or explore the farm where I grew up. I’m ever so thankful we got to celebrate my grandpa’s 90th birthday with my own cousins who are scattered across the United States. With three kids now, our days of flying are a thing of the past, and I’m happy to know we can manage just fine in our van.