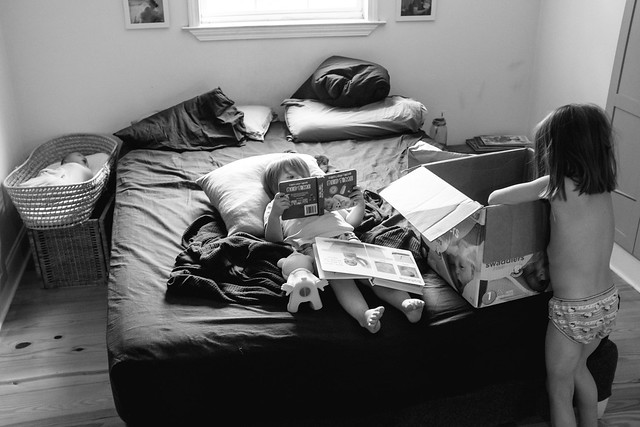 As summer has officially started, we are spending the days of our weeks with a bunch of school age kids. It’s been a whole lot of fun really. Charlotte gets excited about having playmates every day, Winnie loves the extra attention she gets from the big kids, and Roland is an awesome baby who happily watches the chaos, falls asleep on his own, and doesn’t put up much of a fuss about anything. While we have been more structured with our play activities through the week, the weekend is much more relaxed, like we don’t get dressed relaxed. I find that kind of funny as I have been going through bins and piles and boxes of children’s clothes since Roland was born. I am oh so lucky to have received more than enough clothes from others to get us through Roland’s first year and beyond, but it’s a task to organize it all and store it (a task that I would take on a million times over to not have to buy anything for him). I have also been switching out the girls’ winter clothes with summer clothes and sizing up. Again, we are so lucky to have more than enough clothes for the girls given to us from others, and I should encourage them to wear clothes more often probably. In order to store all the new clothes coming in, I have been going through and sorting the baby girl clothes that we no longer need into various donation piles. The girls have had fun going through the stuff, and playing with the bins and bags of clothes has been exciting as well. Charlotte decided to set up a post office with two of the bins and was instructing everyone to bring things to her to mail to different people. I would bring her something and she would ask me about where it was going and put it in a box to deliver it. Winnie found one of Roland’s pacifiers and was doing her best to stay awake. Since we were upstairs, I decided to put Roland in his swaddle to nap in his bassinet. Charlotte’s post office scheme kept growing to incorporate a notebook and a pretend phone, and then everything ended abruptly when she fell down the stairs head over heels. She managed to catch herself halfway down the stairs, but she still got a pretty nasty black eye. Luckily, that was the worst of it. 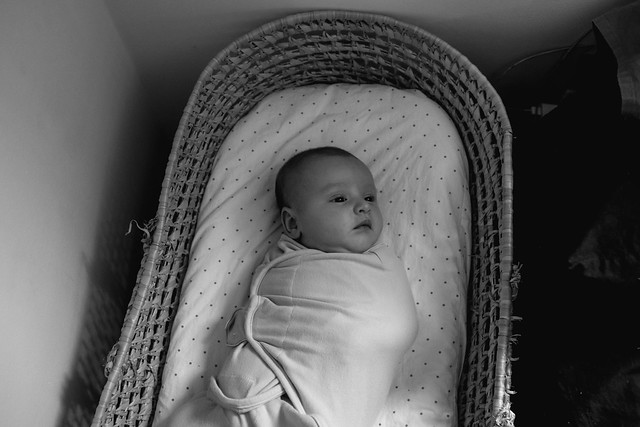 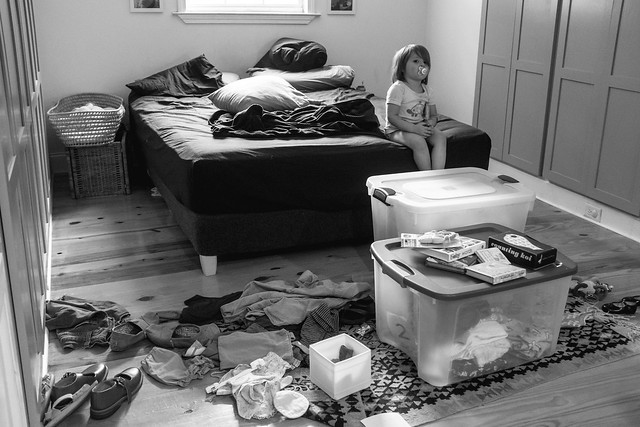 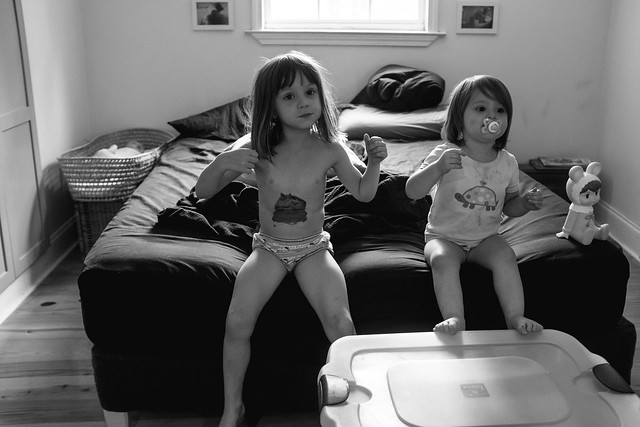 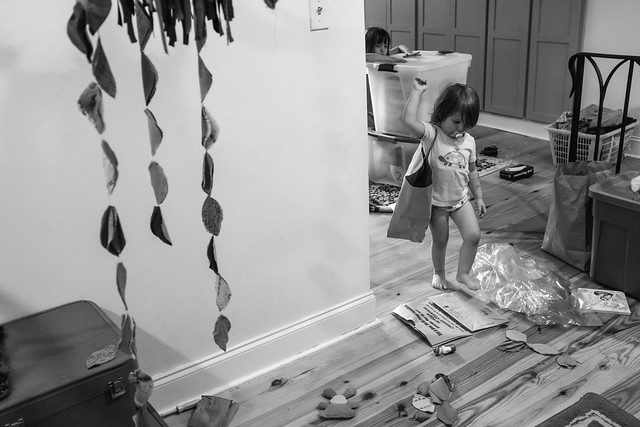 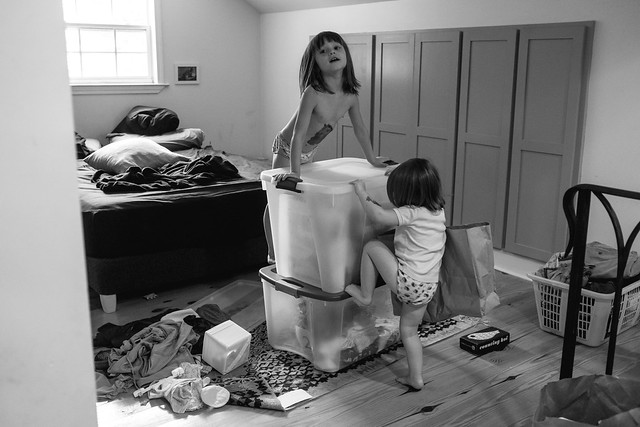 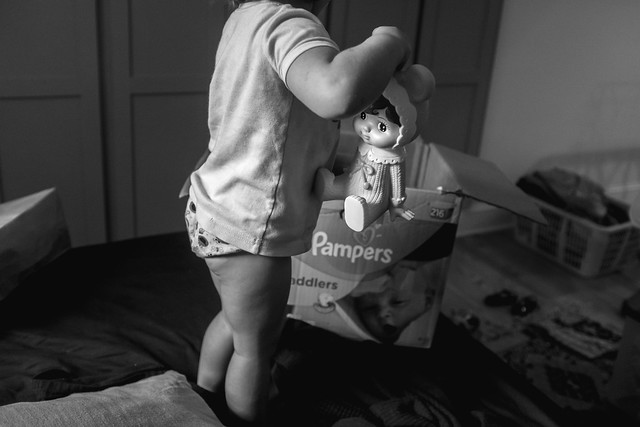 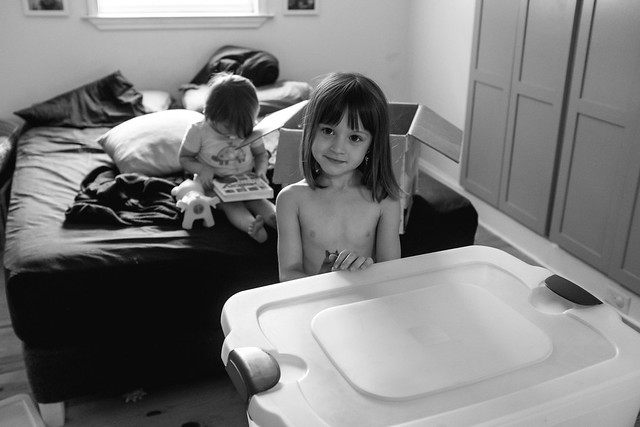 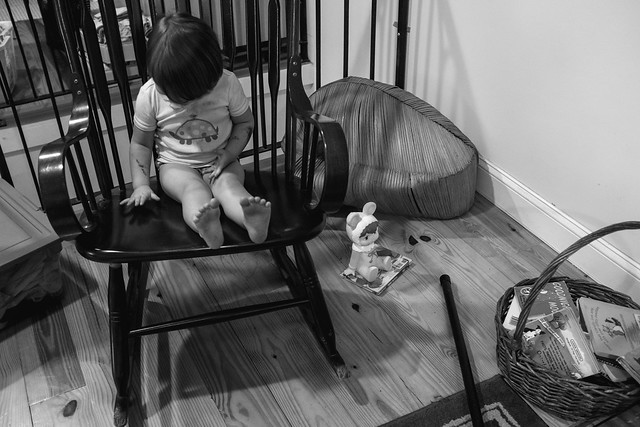 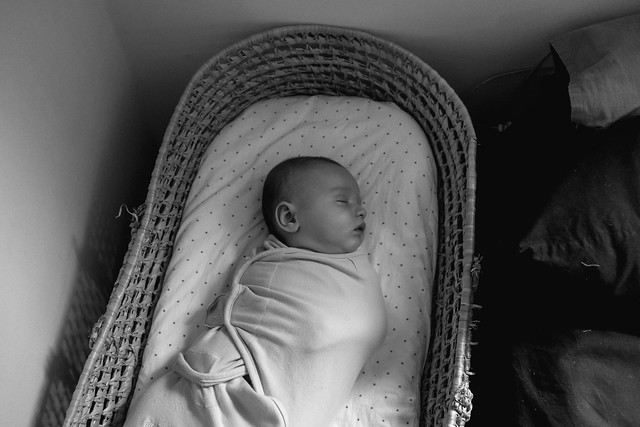