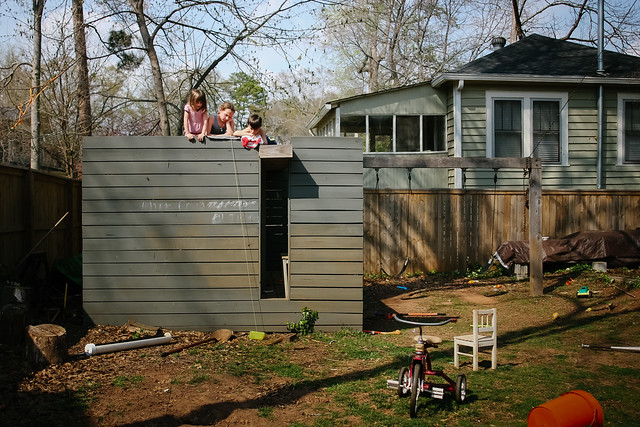 I saw the girls sneak to the side lot and climb up on the fence to reach the flowering branches above them. I asked them what they were doing, and they said they were trying to get some flowers. I bit my tongue from telling them to get down, trying to trust their own ability to assess their risks. They got the flowers and put them in a yellow plastic box. They said they were making a bee trap. E had set up his rock collection on the stairs and was trying to get us all to visit his store and buy some rocks. His prices were a bit outlandish, so I skipped. He quickly closed up shop when he realized he wasn’t going to have any customers except for a one year old who kept trying to steal his most precious items.

I saw the girls trying to sneak on the playhouse roof. I went over there, and after a conversation about what they were doing and what they would like to do, I let them climb on top with some agreed upon rules. As the kids get older and older, I am trying to respect their need to explore independently, and I’d much rather be kept in the loop about their adventures than have them feel like they have to sneak around. They had a mission, they were planning, creating, problem solving. The lid of the plastic box was attached to a string that they could shut on the bee when it flew into the box to smell the flowers. They watched, they waited, they saw bees in the yard, but they never got a catch. They made some bee habitats for their hoped upon bee pets. All three of the older kids came up to me to ask somewhat timidly if Charlotte would be able to take her bee pet home when she caught it. I said sure, and they all cheered. The whole thing was really the cutest little plan ever. Meanwhile, Winnie was content eating someone’s leftover banana, trying hard not to have to share it with Lugnut. Poor girl has not been feeling well and wants me to hold her a lot…which is not the easiest thing for me to do these days. My middle child, trying so hard to hold my attention for just a little bit longer.

And for the record, no one got hurt in these adventures…not even a bee. 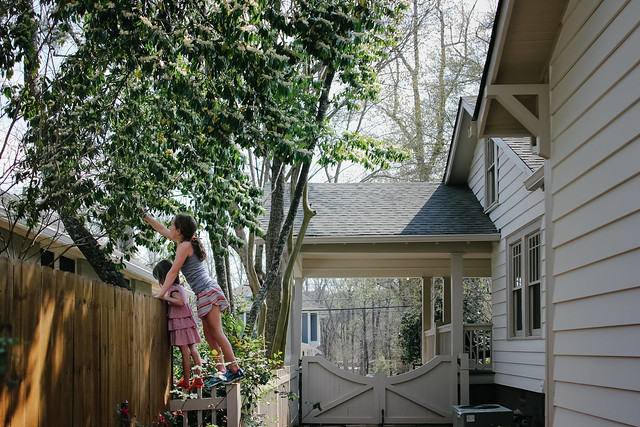 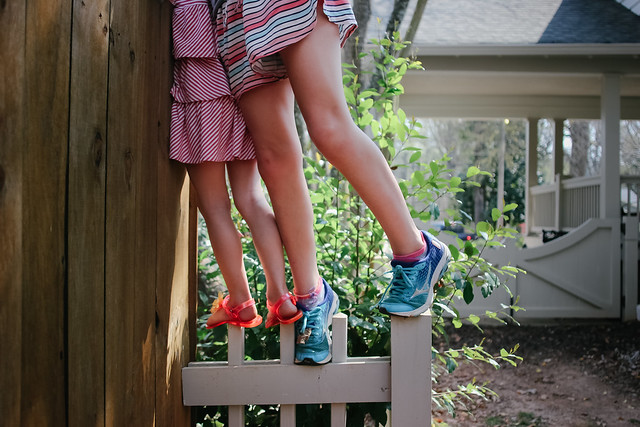 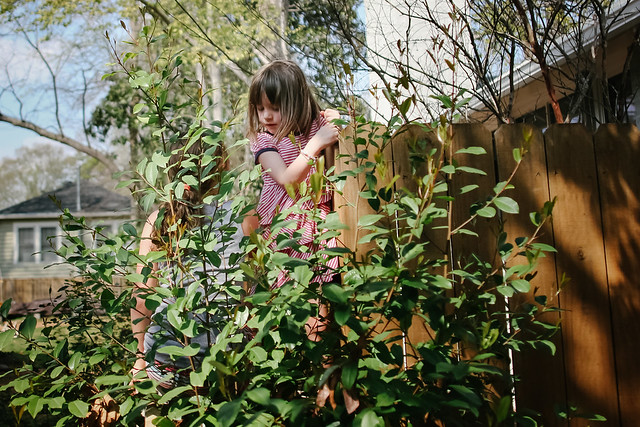 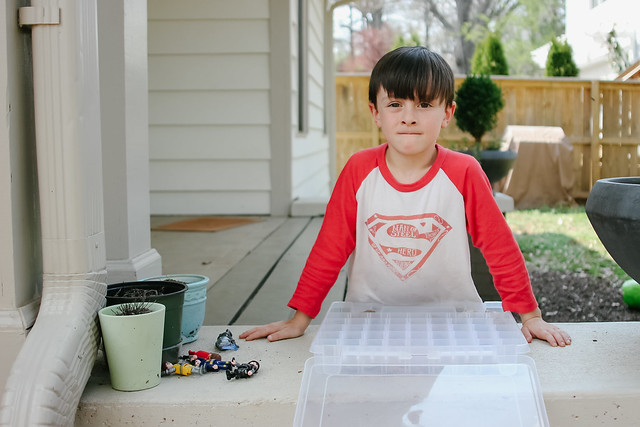 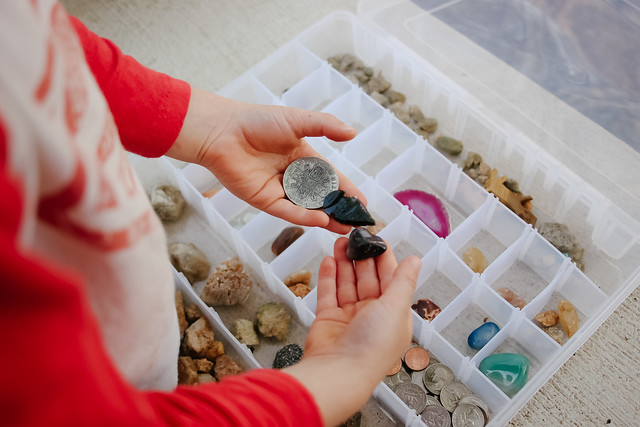 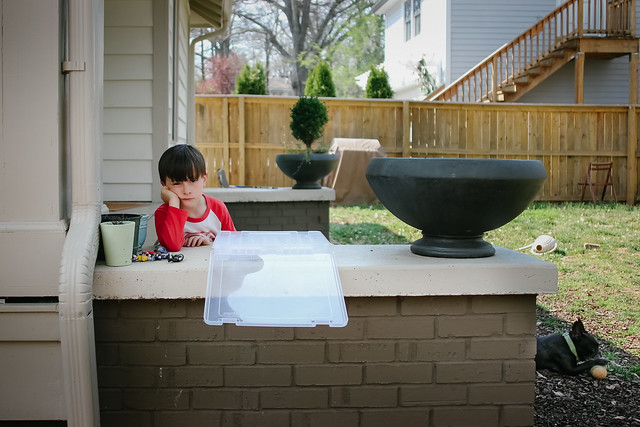 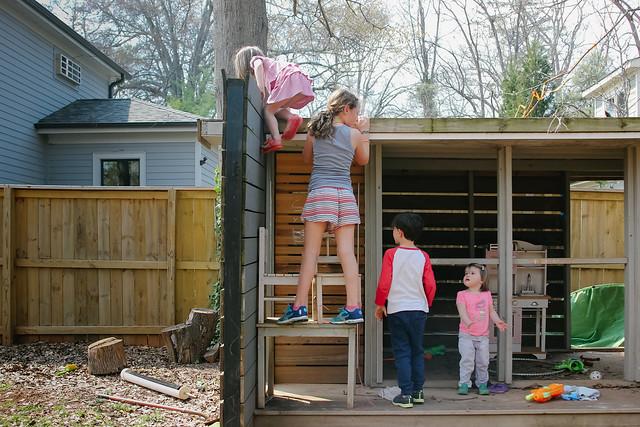 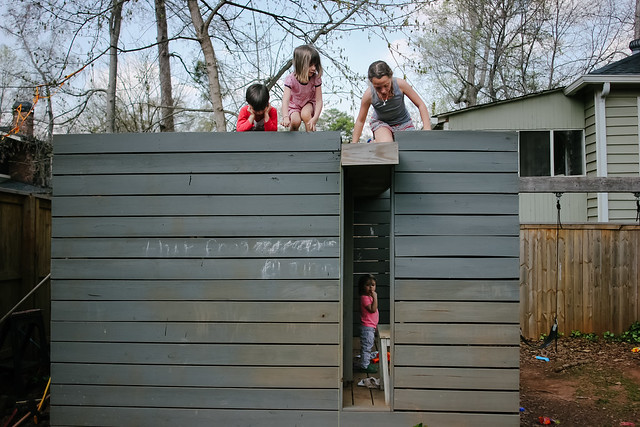 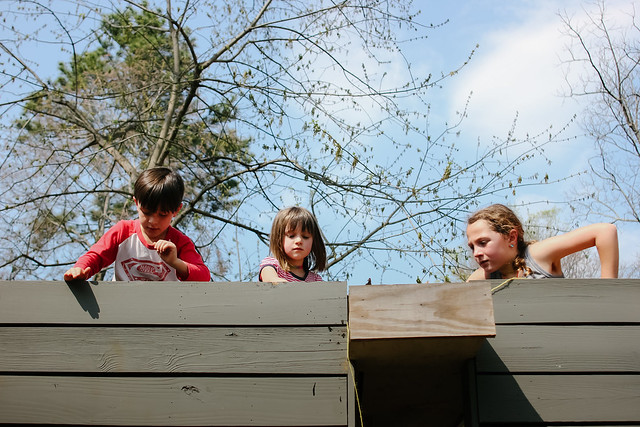 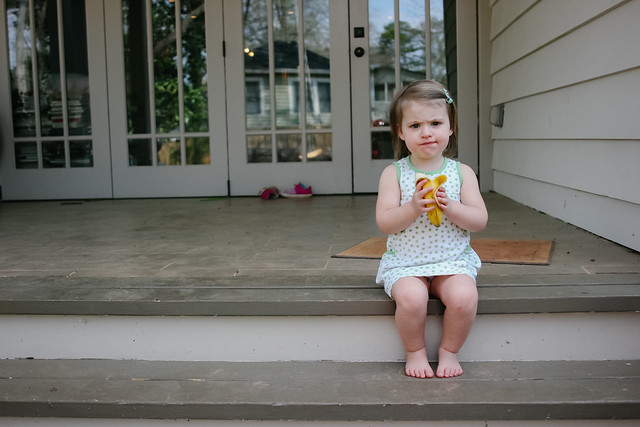 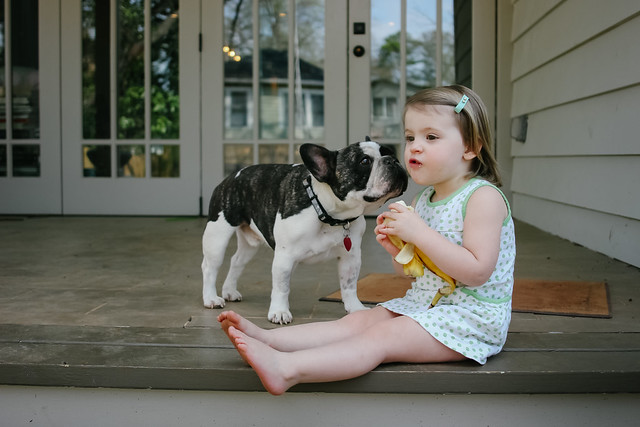 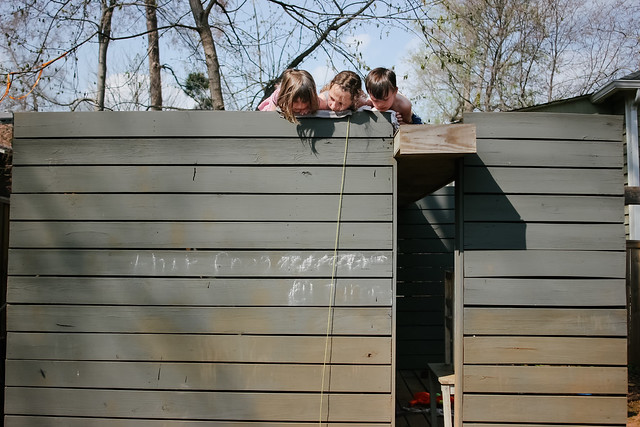 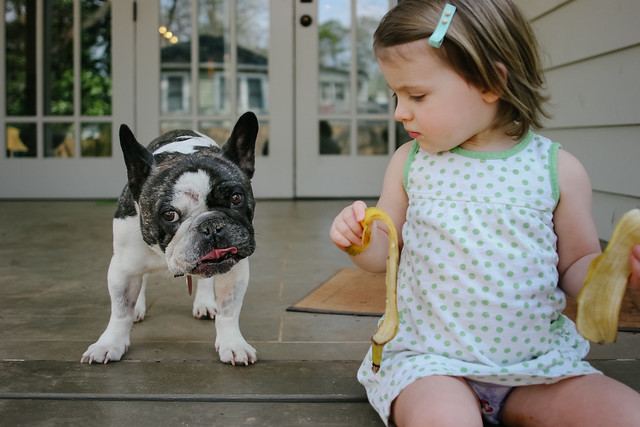 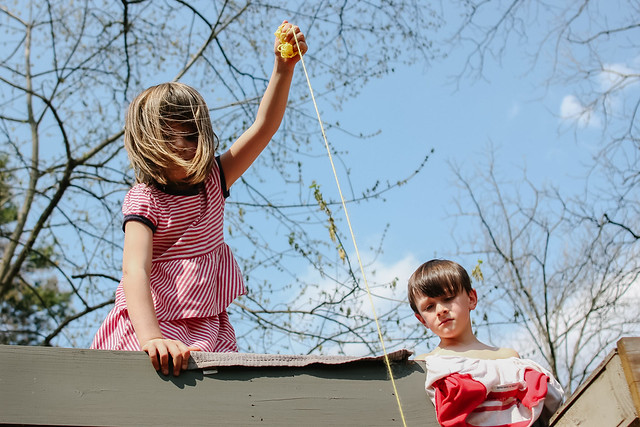 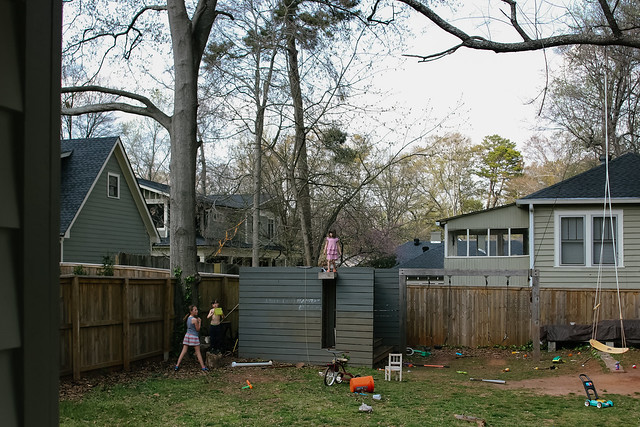 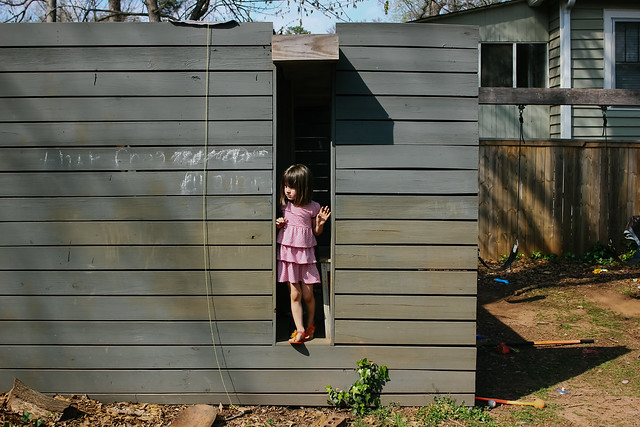 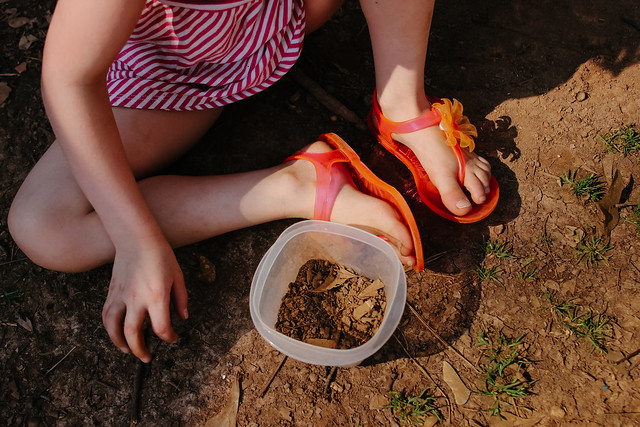 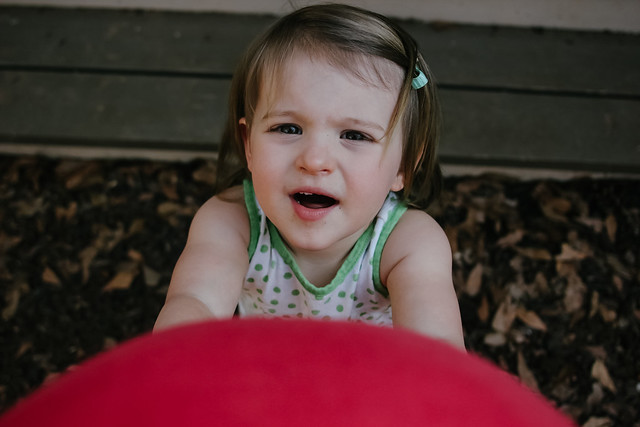 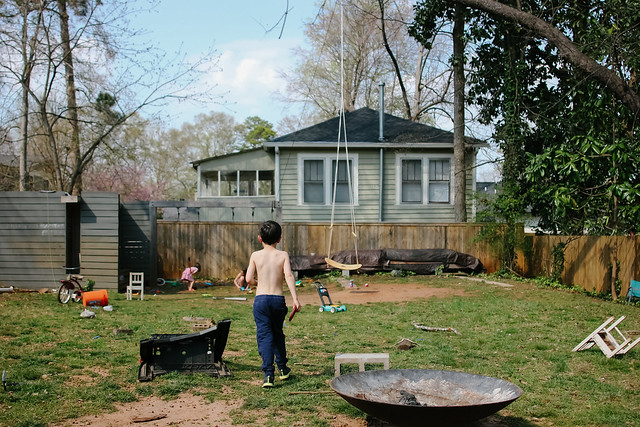