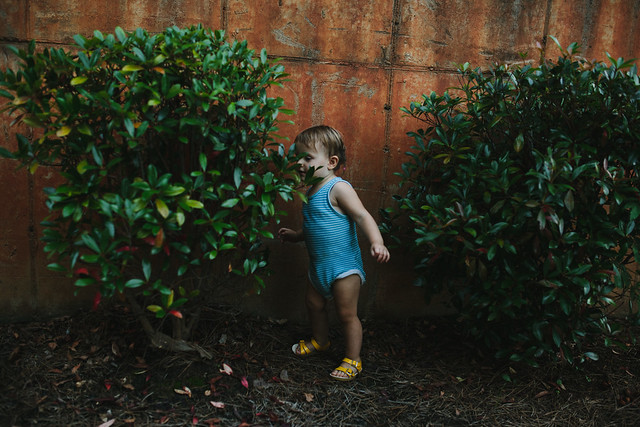 We took an end of night stroll up the street to spy on a house that had just been flipped and was on the market again for way more than I expect they will be able to get for it. Chuck took her scooter, and we headed up the hill. On our way down, Winnie got going a little faster than her legs could handle, and she fell and busted her lip. She was ok. We stayed at the bottom of the hill (the only part of our street with a decent sidewalk) for awhile so Chuck could scooter. She went back and forth until she decided to join Winnie who was playing Peek a Boo in the bushes. Charlotte started picking off leaves from the bushes to leave a trail that would help Winnie find her. The trail took over as the activity and became a giant S, and Winnie seized the opportunity to get on the forgotten scooter. Soon enough, Chuck had to pee, so we headed back in to get ready for bed. I couldn’t bring myself to take out Winnie’s tiny, messy braids though. 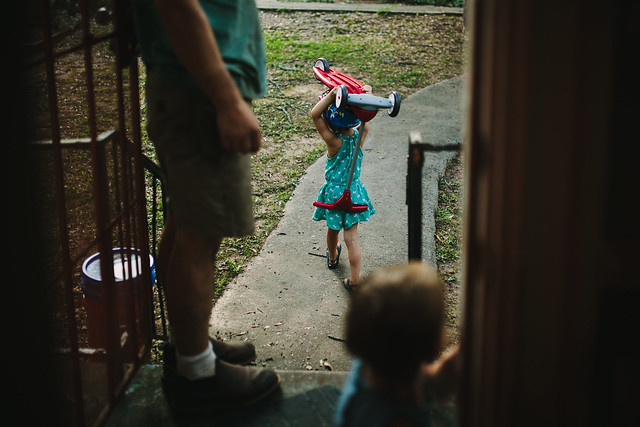 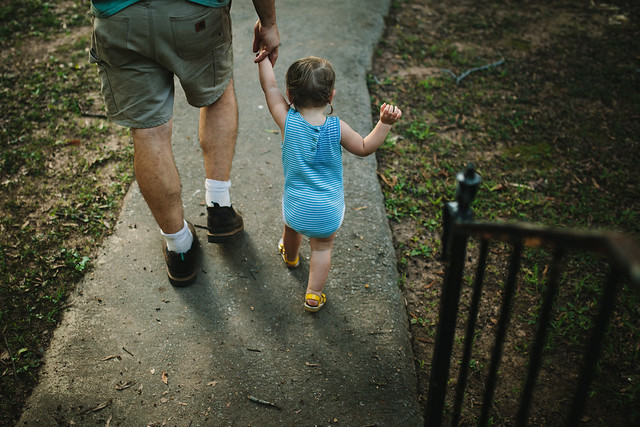 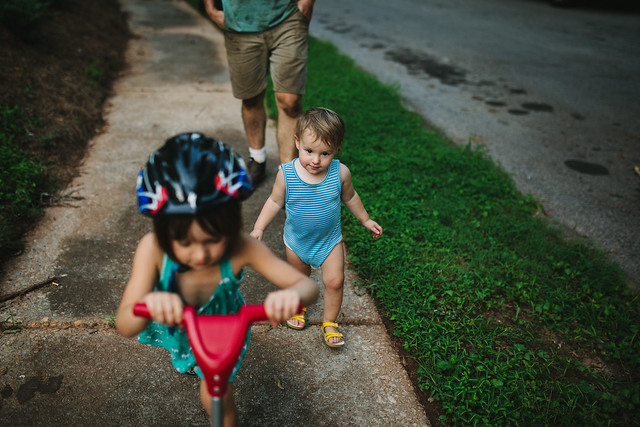 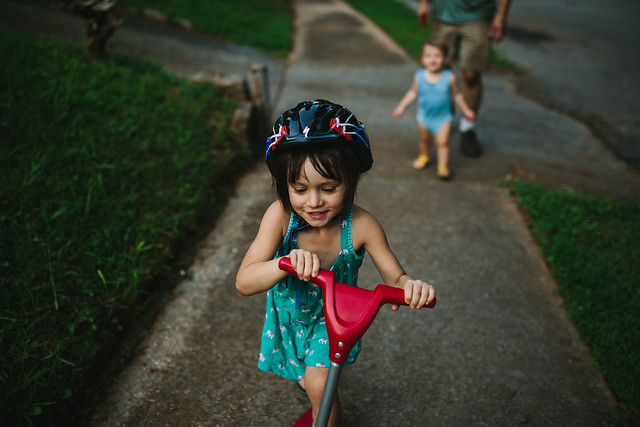 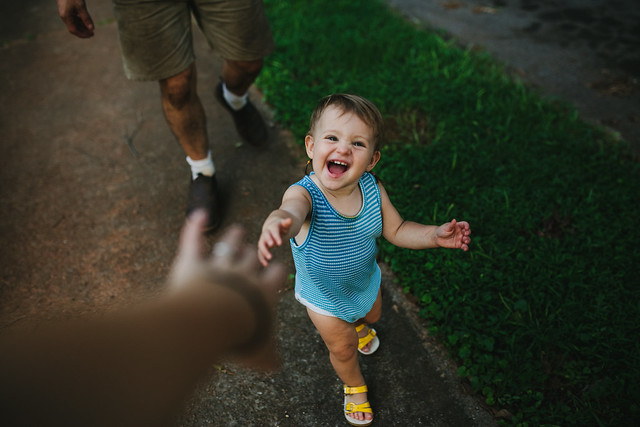 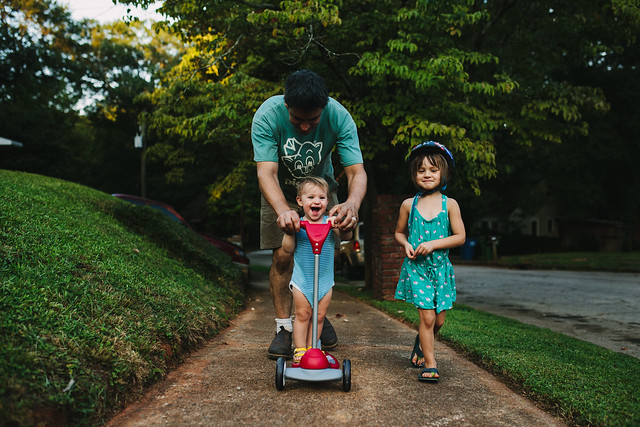 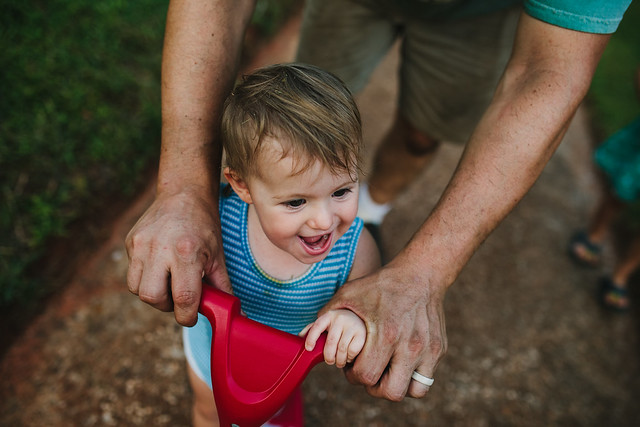 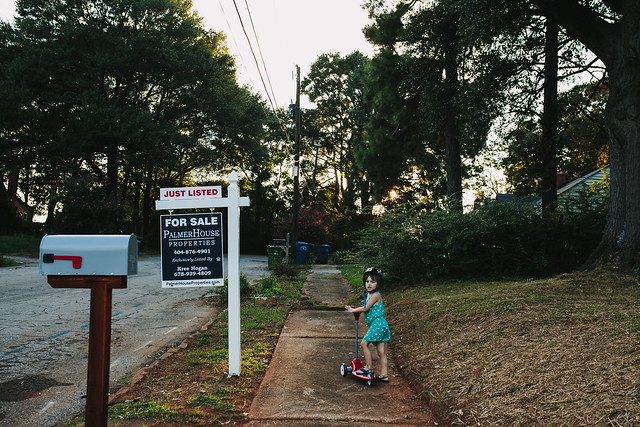 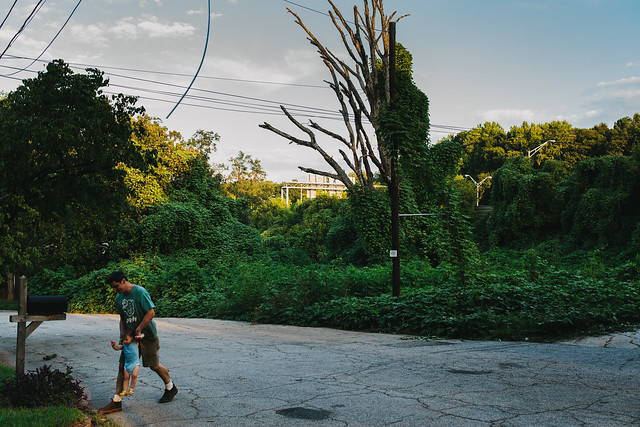 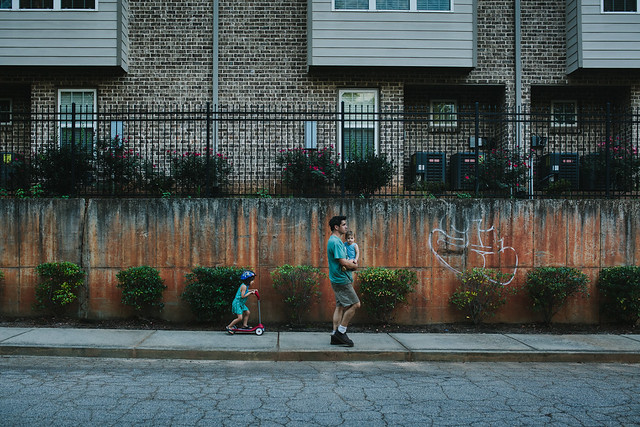 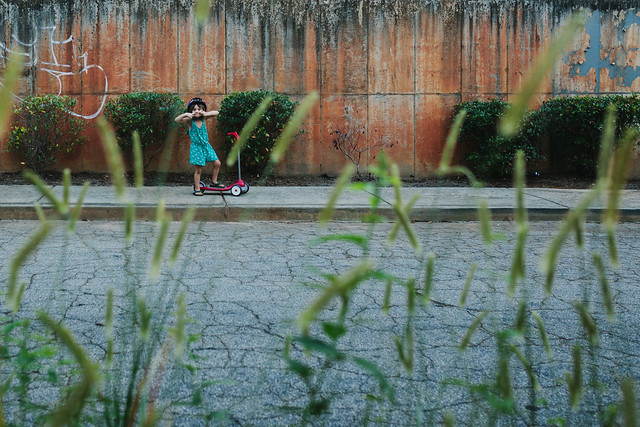 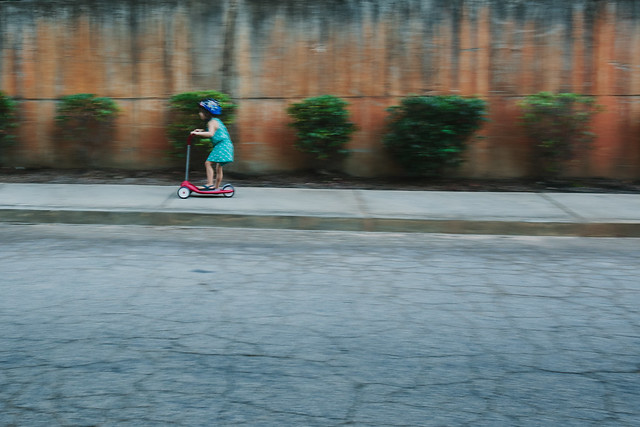 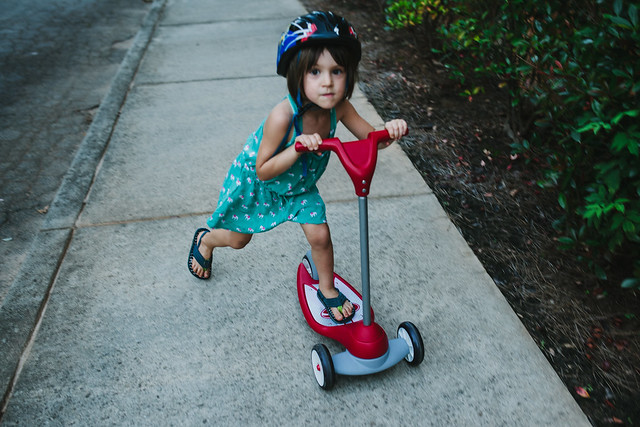 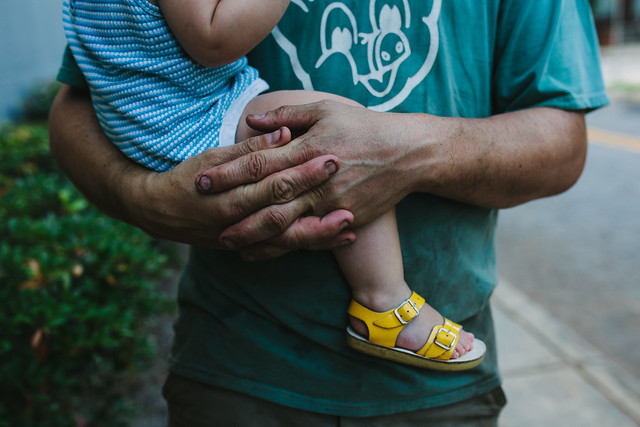 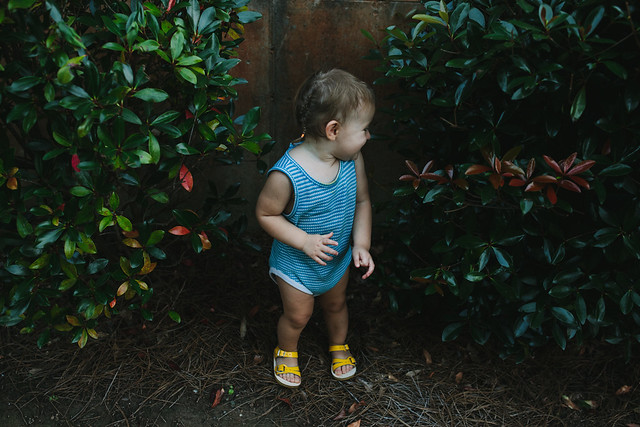 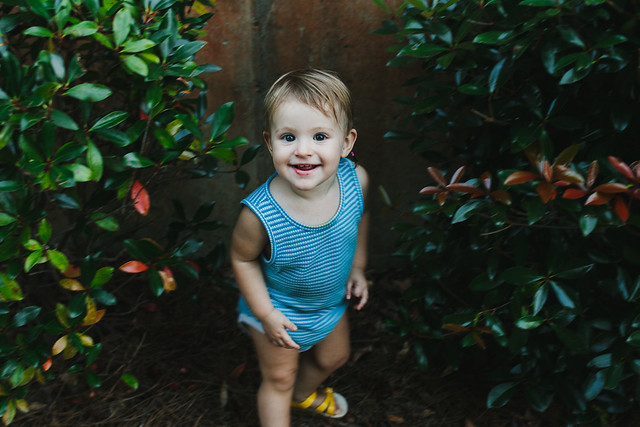 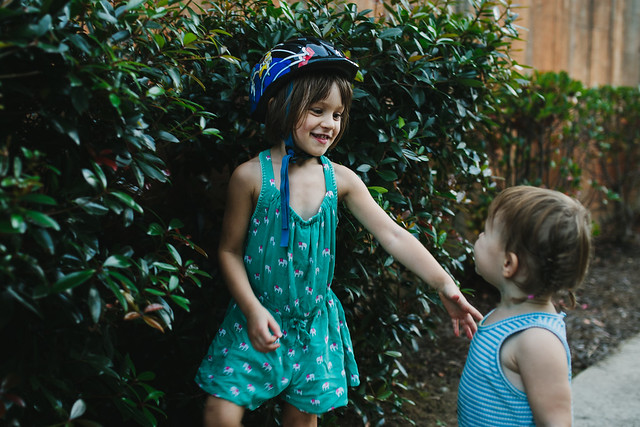 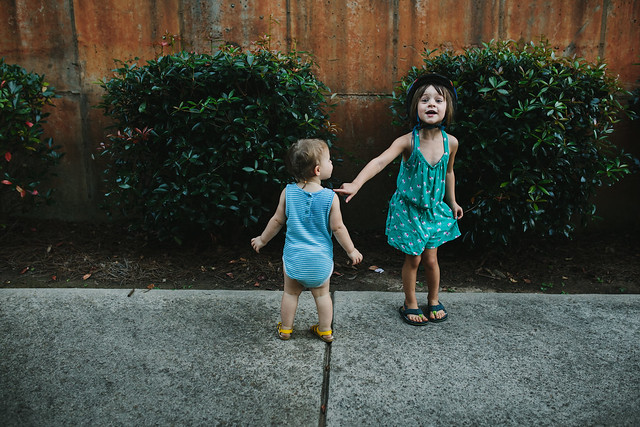 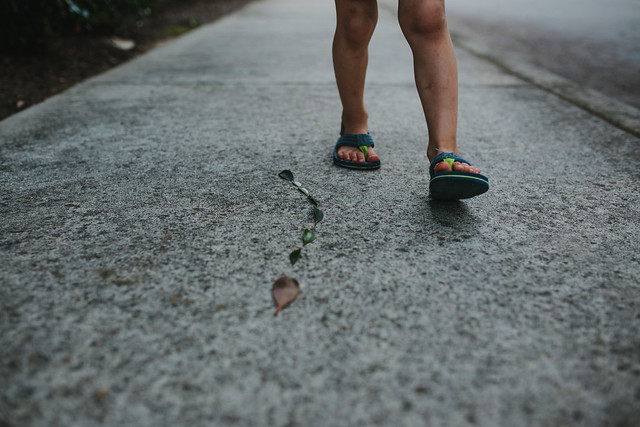 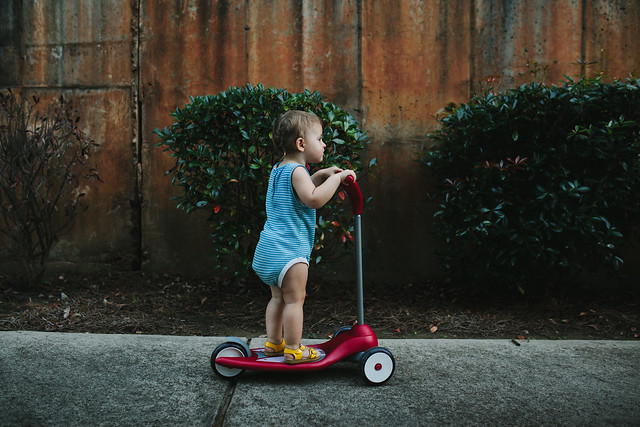 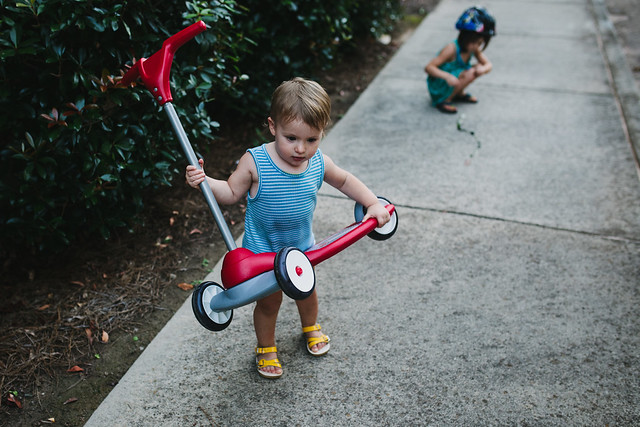 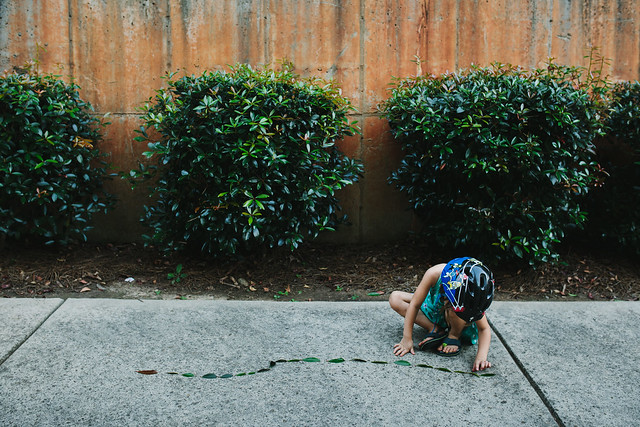 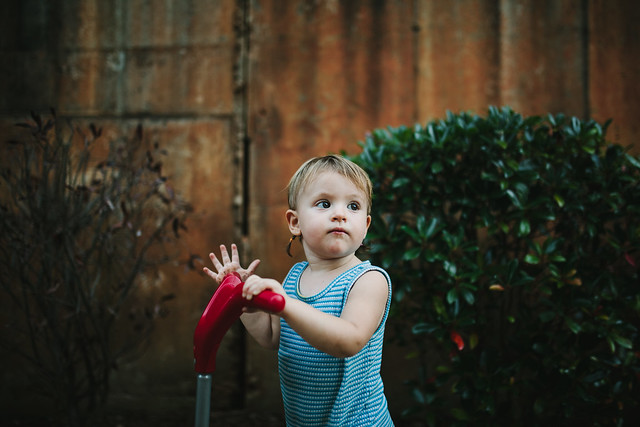 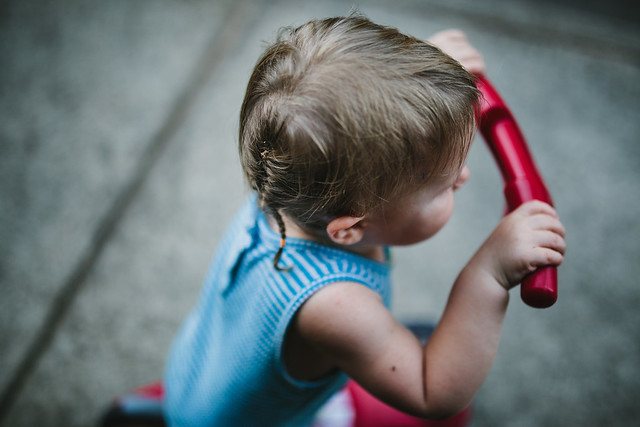 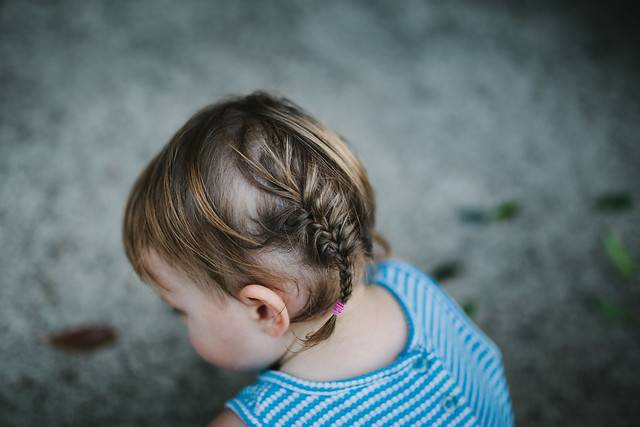 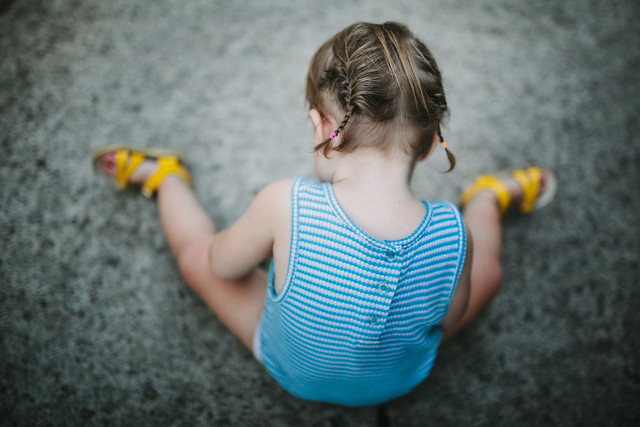 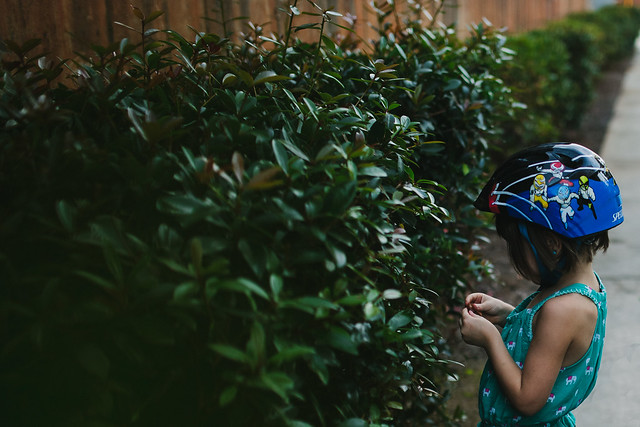