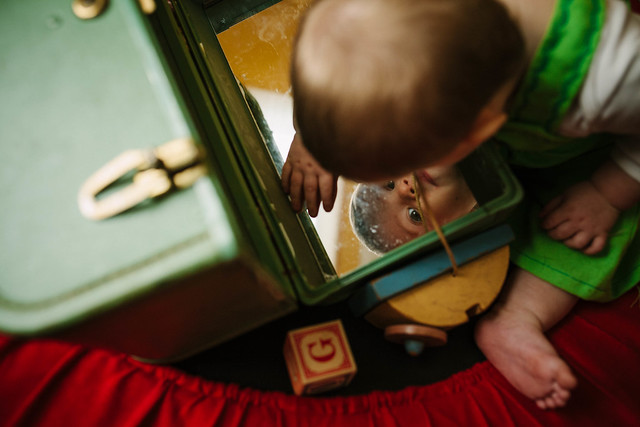 They were sitting there on the trampoline, and when I walked in I was instructed to, “Go away.” I snuck back in later, and this time I wasn’t told to leave. Instead, Charlotte said that their house was only for girls, and that I don’t live there, I live far away. Winnie practiced getting up and down off the trampoline a couple of times before contentedly sitting there playing with the headband she wouldn’t leave on her head. They were sitting there together, sharing the same intention to be next to the other. I left the room to give them their space and then hurried back in when I heard Charlotte singing happy birthday to Winnie. By the time Winnie turns one, she will have already pretended to turn one several times. It’s good practice for Winnie, and good emotional preparation for me as she will be one before we know it. Charlotte had given Winnie a cupcake with a candle and was singing “Happy Birthday” to her. Winnie, who loves any interaction, especially if it’s in song, was ecstatic. After Charlotte made Winnie blow out the candle, she kept bringing Winnie different presents wrapped in suitcases and boxes. As is always the case with birthday presents and young children, Winnie was more interested in the wrapping than the gift. The suitcase especially kept her attention as she opened and closed the lid, played with the latches, and eventually found the mirror on the inside. We played “I see you” and “Peek a Boo,” and I winced every time she shut the top of the suitcase, certain that she was going to pinch her fingers. She didn’t. Little by little, these girls are awakening to the reality of their life together. Sometimes this sounds like a siren when Winnie screams as Charlotte takes something from her. Other times, it looks like playtime on the trampoline without my interference. 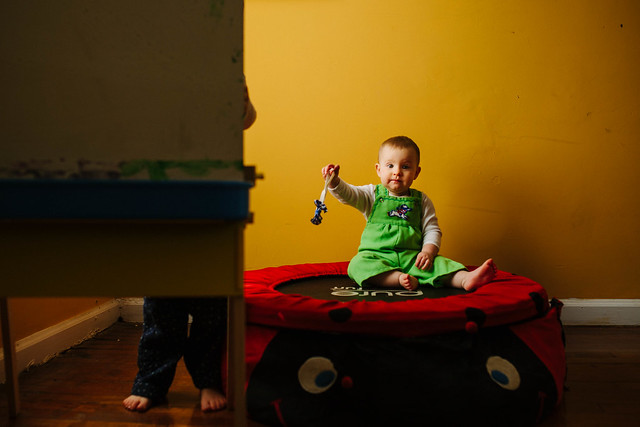 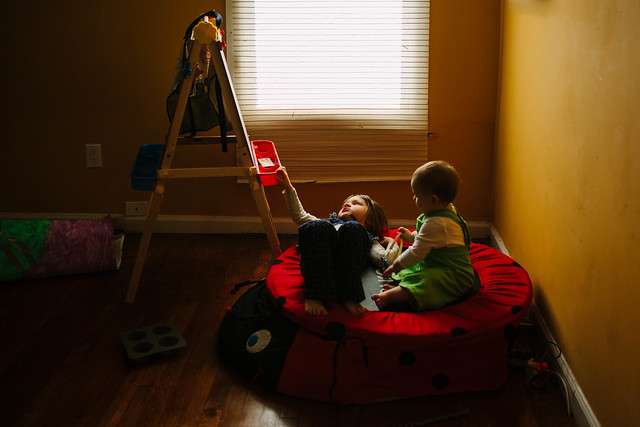 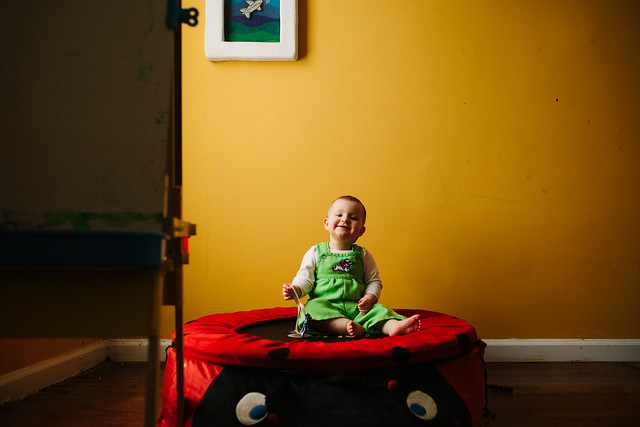 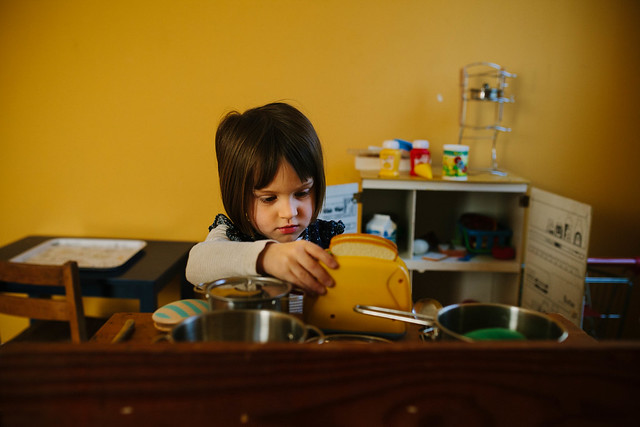 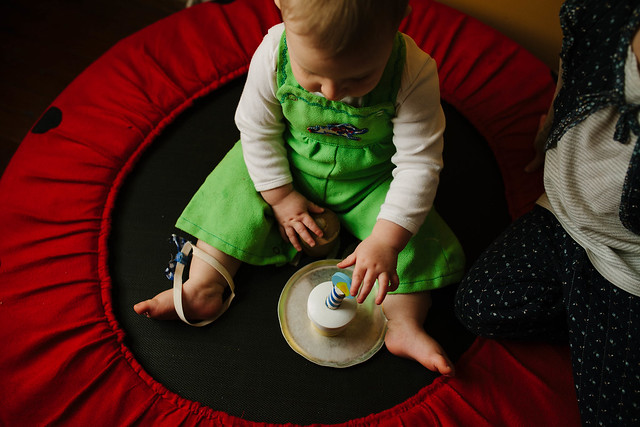 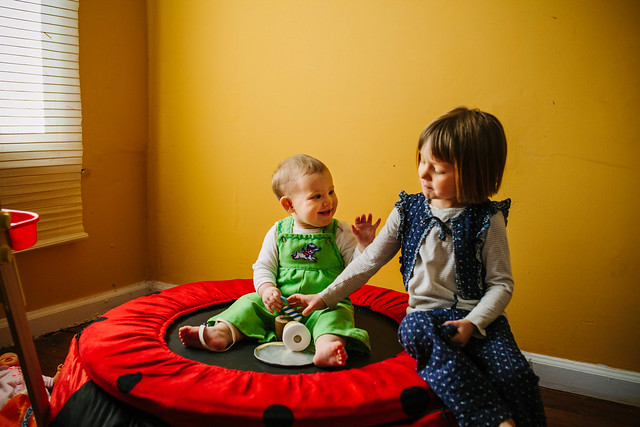 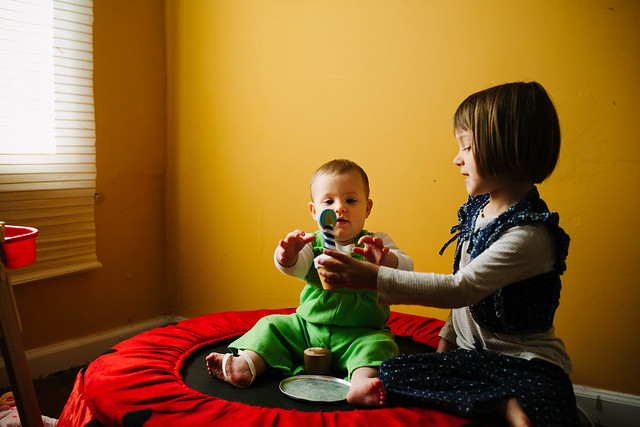 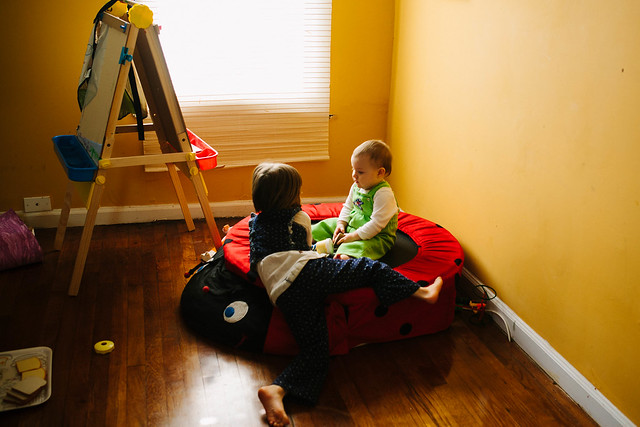 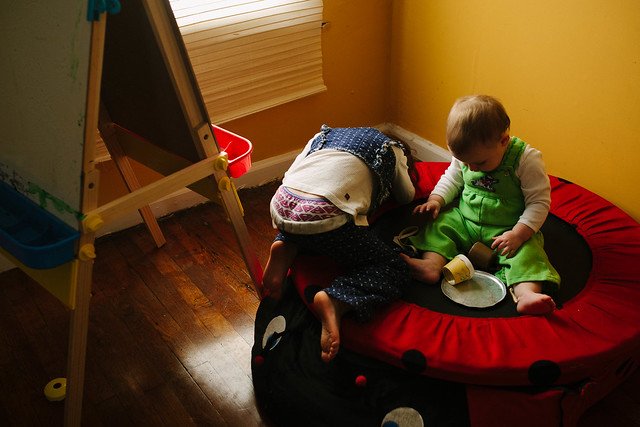 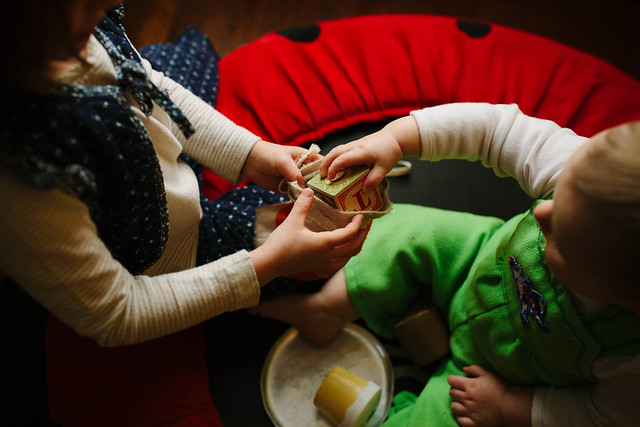 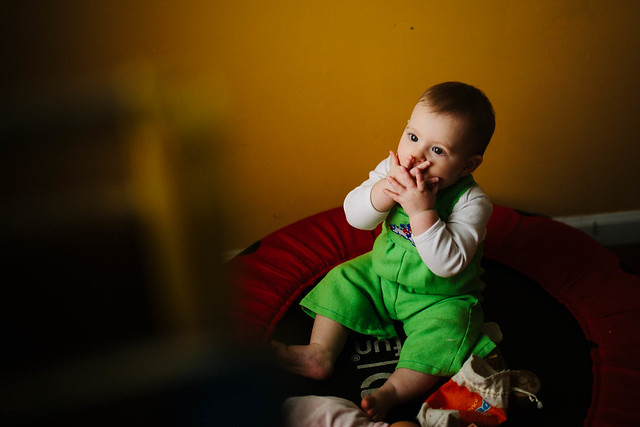 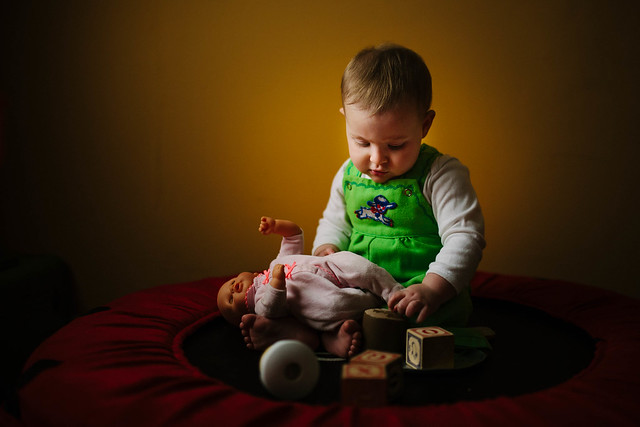 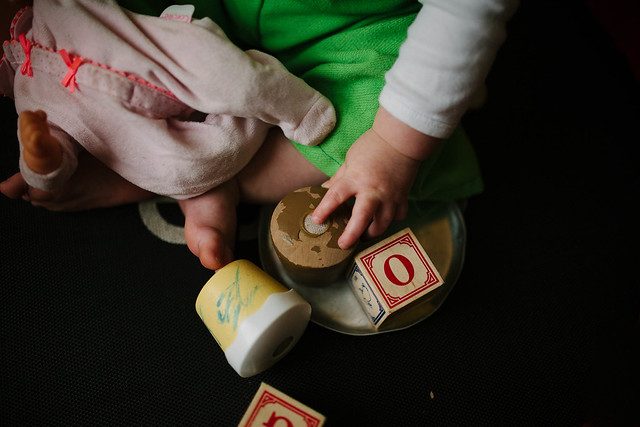 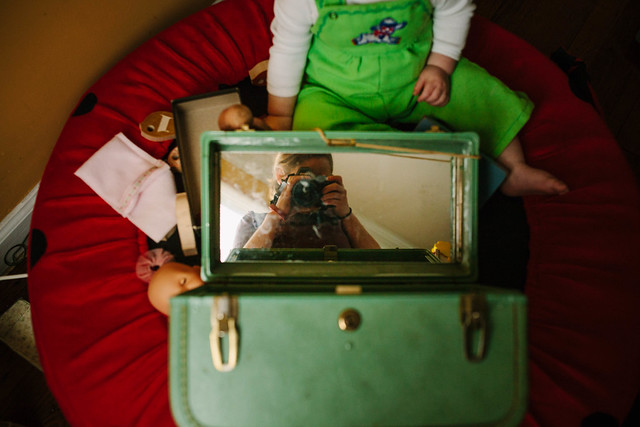 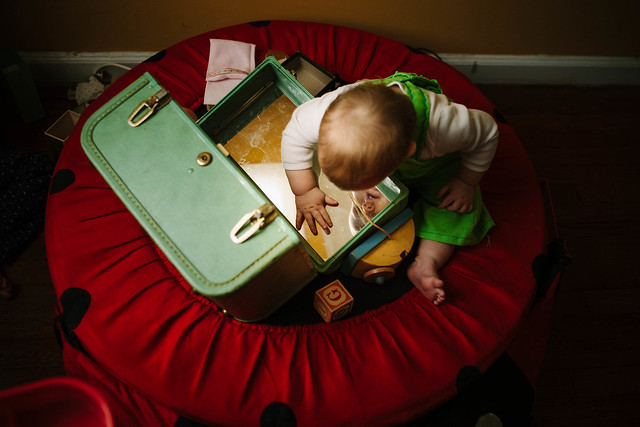