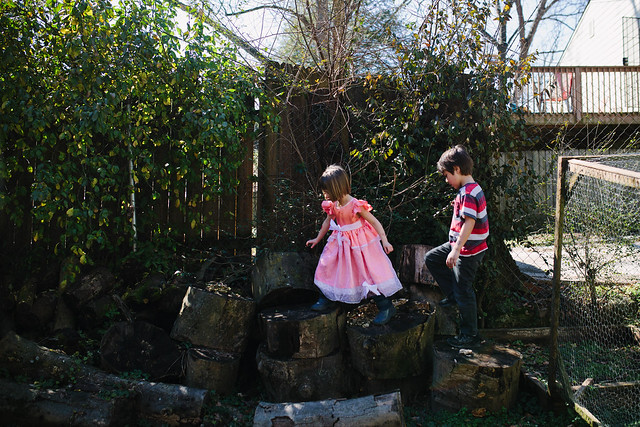 School breaks often mean more kids at our house, and this break was supposed to be exceptionally full before we became a threat to public health. After the isolation, we couldn’t have been more excited for company and some warm and sunny days. We had just had lunch and really wanted to get outside for a bit before we were stuck inside for nap times. The oldest child had just made a paper airplane and taught a couple of the others how to make them, and we needed to test them out. After the decision to keep on the dress up clothes and leave the coats inside, we were out the door. I embraced the full sun and tried my best to capture the magic while also making sure Winnie wasn’t putting anything in her mouth and everyone else was safe. I had already missed the paper airplane races, the soup kitchen, and a game of tag where they all just ran in a circle around the fire pit (eventually catching me and taking me to jail). Winnie wasn’t in as rough of shape as she looks. Sure her snot sore got worse and the scab got picked off a couple times, but even though she was still a little snotty, she’s been feeling much better now that the two teeth that were fighting to come through have made it to the other side. I really can’t explain how much I am inspired by the thought processes and imaginations of children, and when you mix in a bunch of different personalities, it is wildly entertaining. They mowed the lawn, dug holes, and climbed a volcano. Two of the kids made soup for the others, and they worked up the courage to jump over a log just before it was time to go inside. 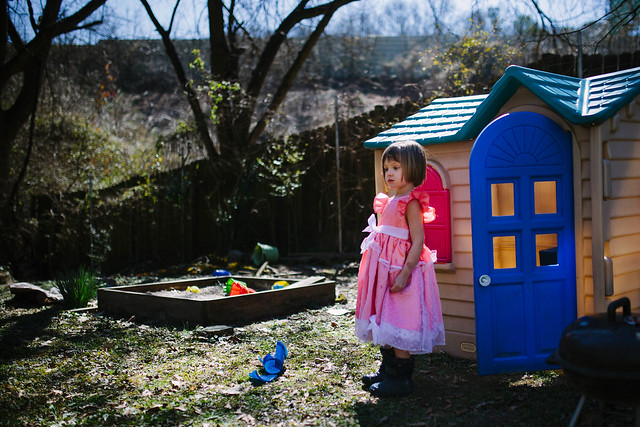 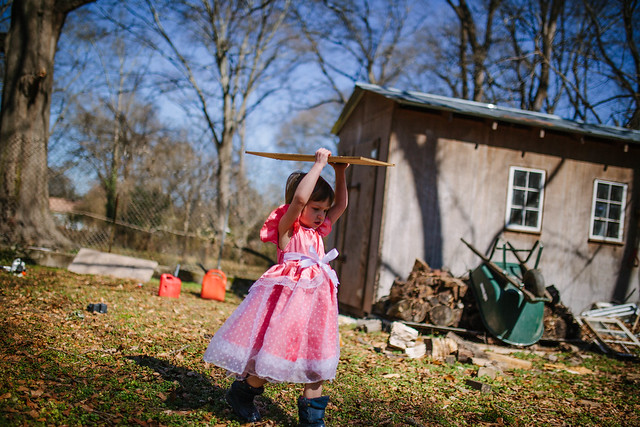 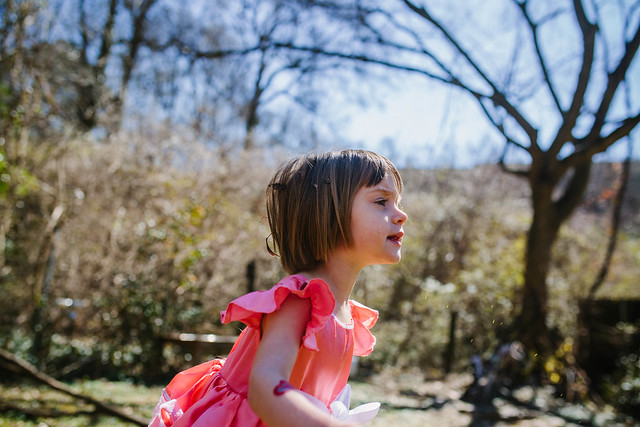 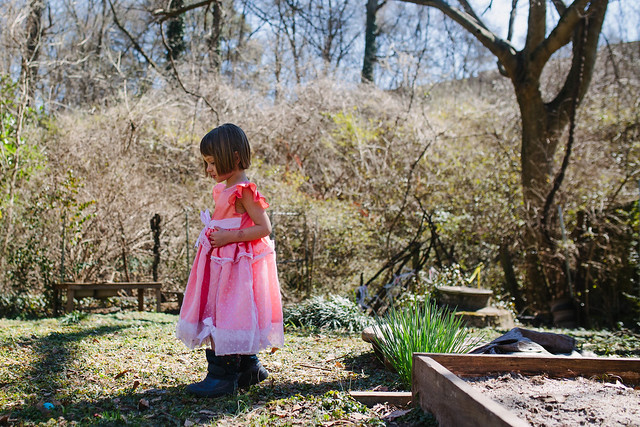 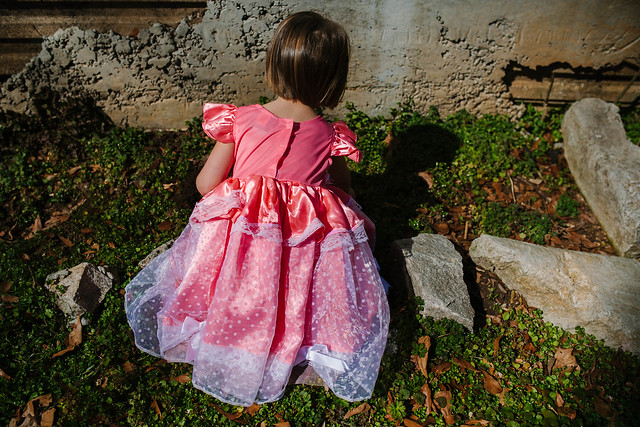 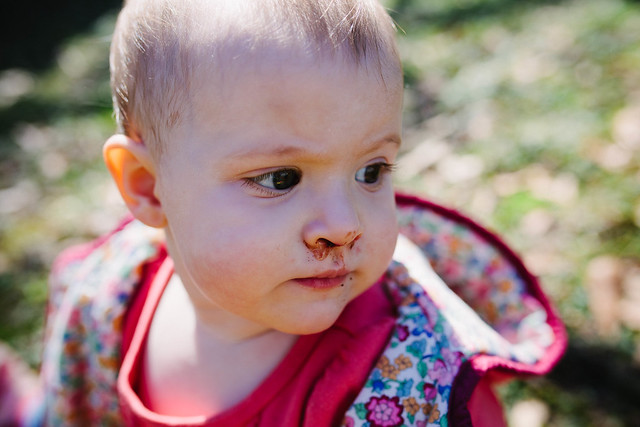 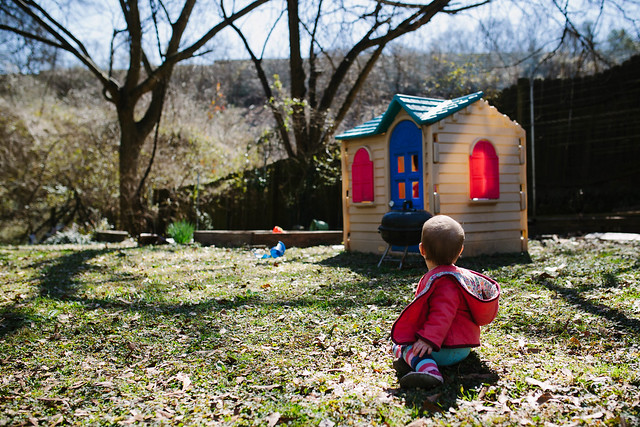 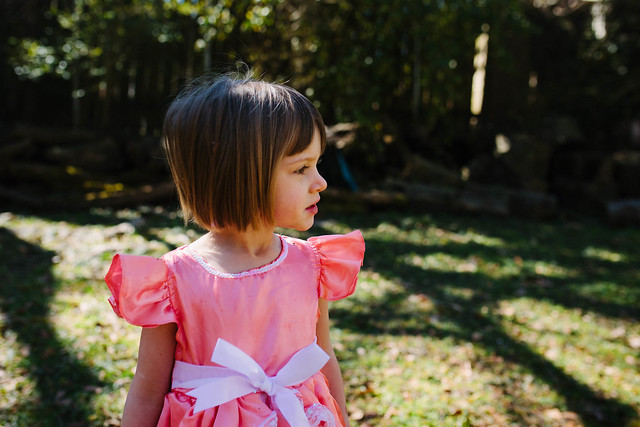