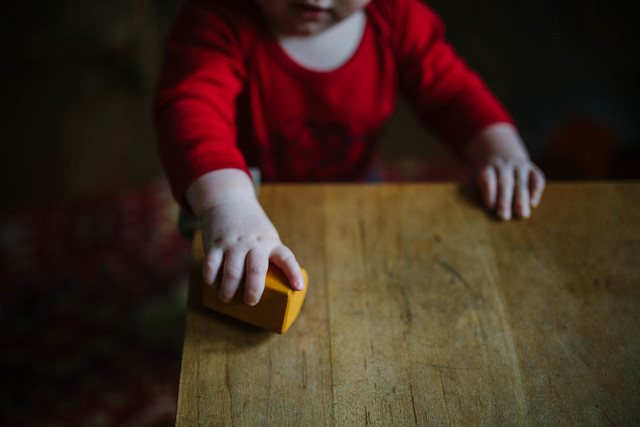 It was a week of no play…for Charlotte anyways. I realize how fortunate I am when I say that she was the sickest she has ever been in her life this week. She stayed on the couch in her pajamas and just stared off into space for most of the week. She slept a lot and whined and sucked her thumb and needed me. After a couple days of medicine, I realized my Charlotte was back when she was resting and started using the couch blanket to build a fort. Her energy to create and imagine and dismiss napping had returned.

Winnie escaped the sicknesses mostly. She has a sore on her nose from some excessive snot trickles, but a little extra rest was all she needed to get through it. She hasn’t been 100 percent, but she has had the energy to engage. I watched as she grabbed a stacking cup and talked into it repeatedly, hearing how her voice was amplified as she moved it over her mouth. She yelled and banged toys on the table right next to her sick, sleeping sister. I followed her into the playroom as she dug through the play fridge, marveled at the texture of velcro on the bottom of a play candle, and stuck her fingers in the holes of a wooden spoon. She really truly plays with things now and has preferences. She will also let out the shrillest of shrieks if you try to take something away from her.

By the time Winnie circled back to the living room, Chuck was up and watching something terrible on the YouTube Kids app and sipping on some gatorade all in the spirit of getting through it, I guess. 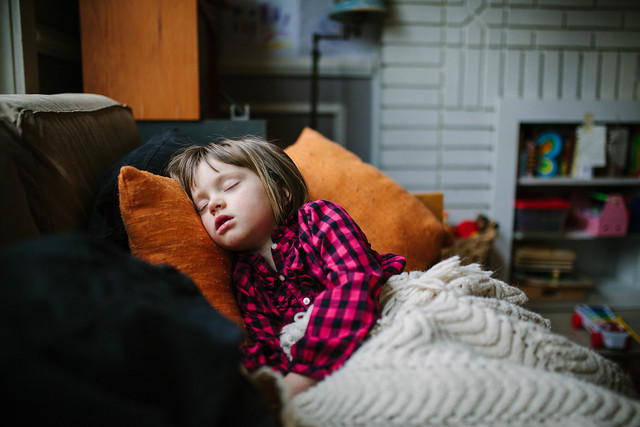 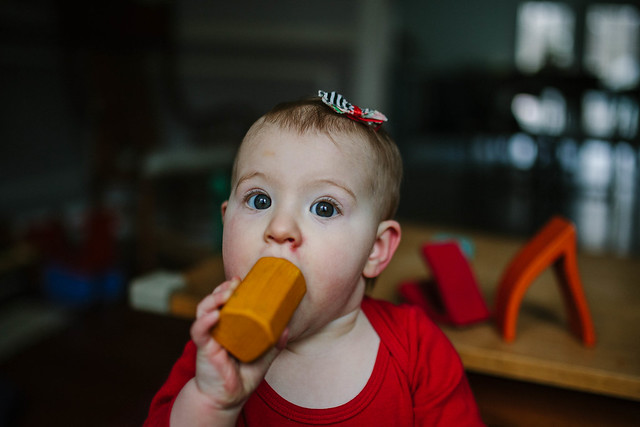 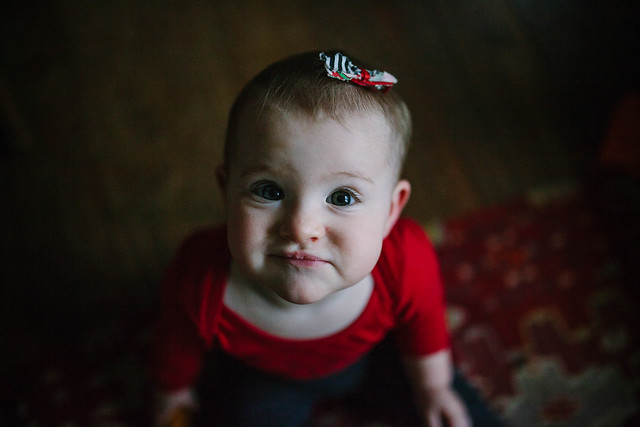 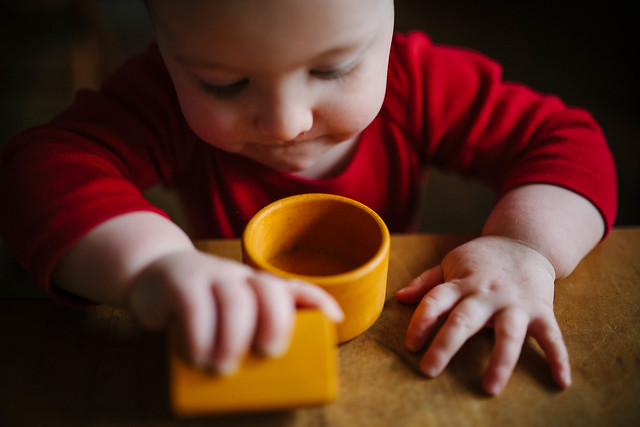 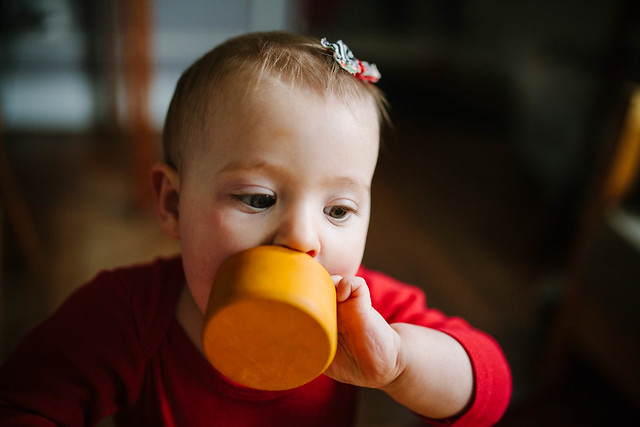 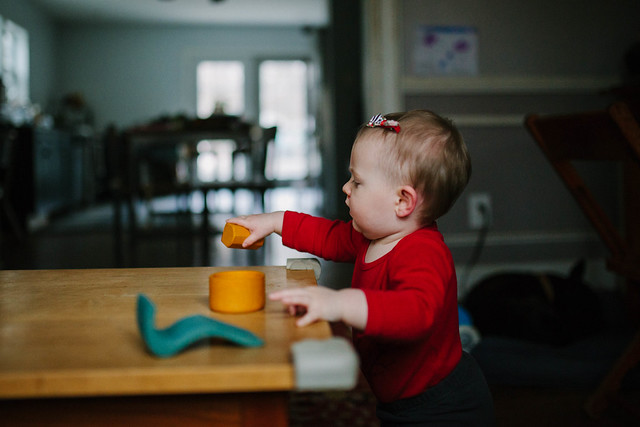 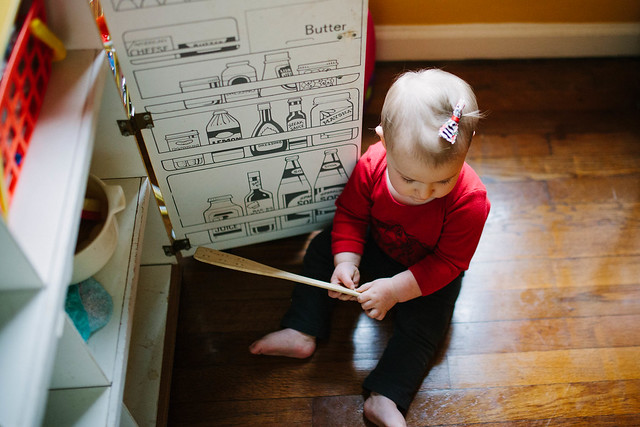 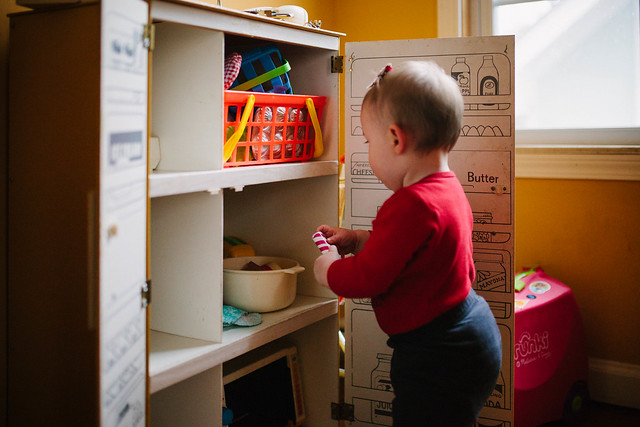 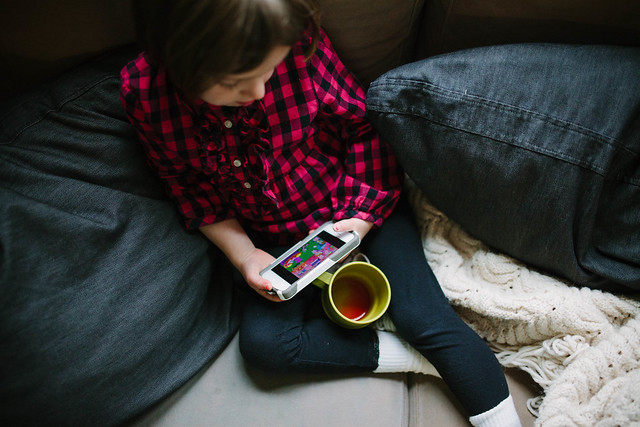