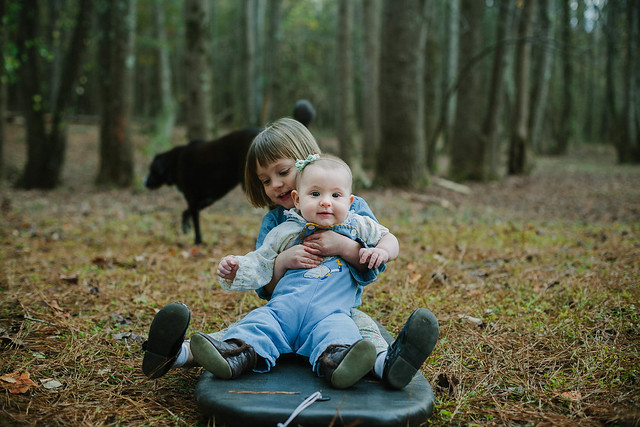 In the cold, snowy winters of Iowa, my dad used to tie a sled to his dirt bike and pull us all over the fields. We were thankful for the many layers of sweaters and snowsuits we had on that not only protected us from the inevitable wipeout, but also from getting crushed by each other as we piled sister on top of sister on the sled. Snow flew up in our faces as we snaked around the land that had been covered in crops just months before. That was the first thing I thought about when I saw James hauling Charlotte around the pasture on a boogie board at his family’s farm. Pine straw sledding became a thing this past Easter using feed sacks, but the boogie board was a big improvement. James has now decided that he is going to make a special sled that will work even better. He once spent a whole day making a sled for a one night sledding extravaganza in Madison, WI. My memory of that night is a little hazy, but I think the plexiglass and wax combination made the experience a little like this. For no snow, Chuck had a blast. She got knocked off a few times, and she was even able to squeeze enough blood from a scratch to get a Ninja Turtle bandaid. Of course she wanted to share the experience with her sister, so Winnie got to ride with Charlotte for a little bit. Even Atlas got to join in on the fun by pulling the sled, well…sort of. 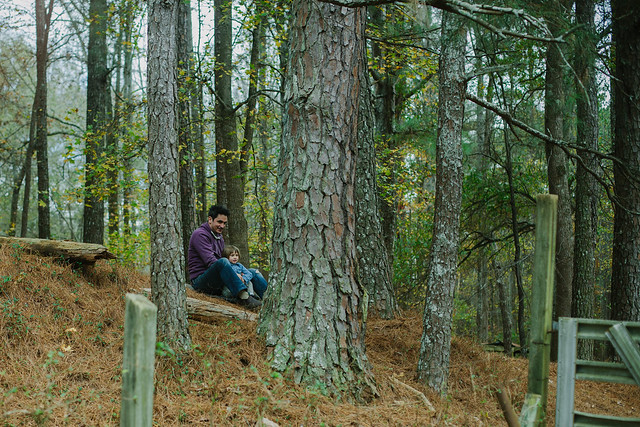 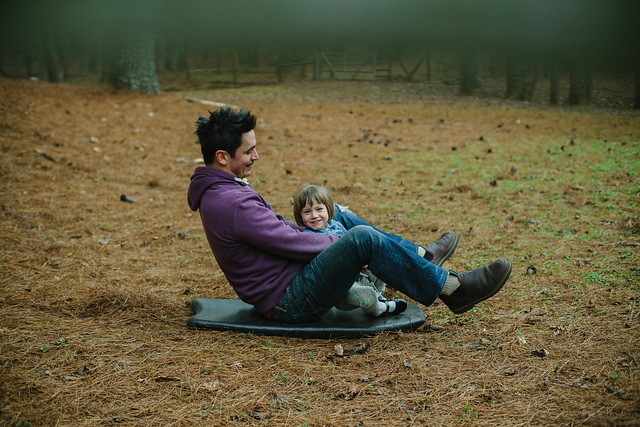 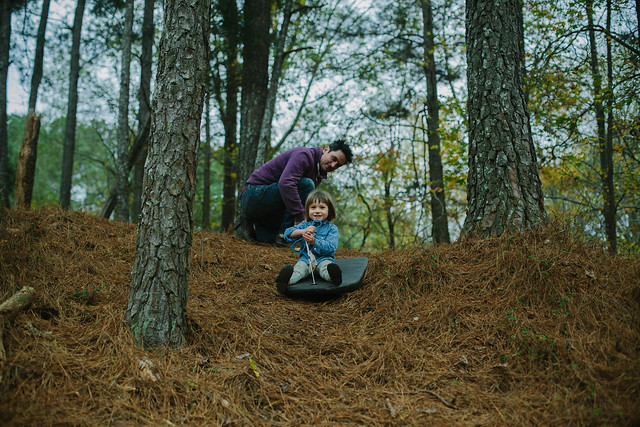 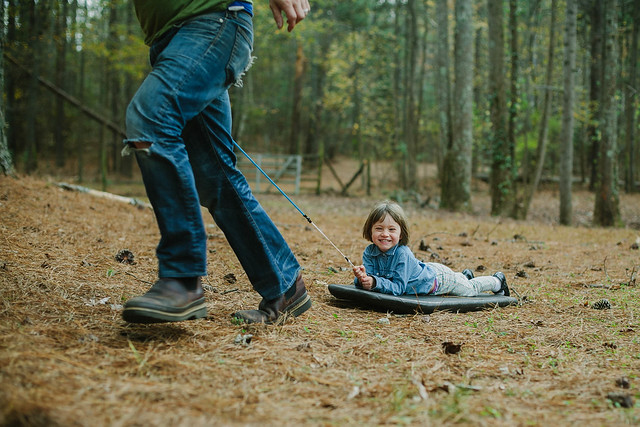 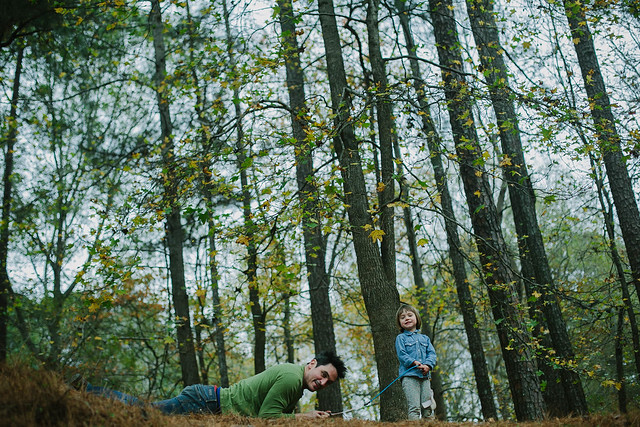 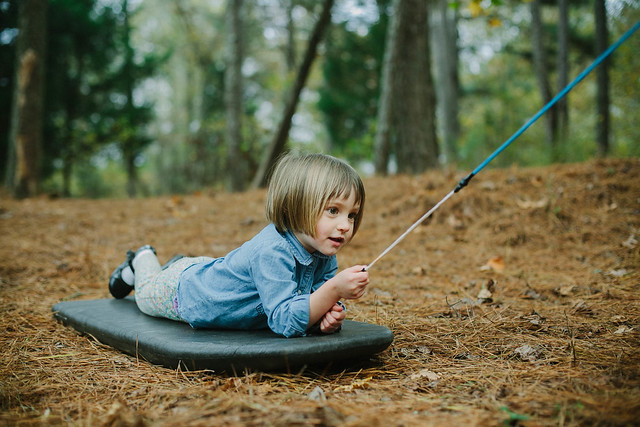 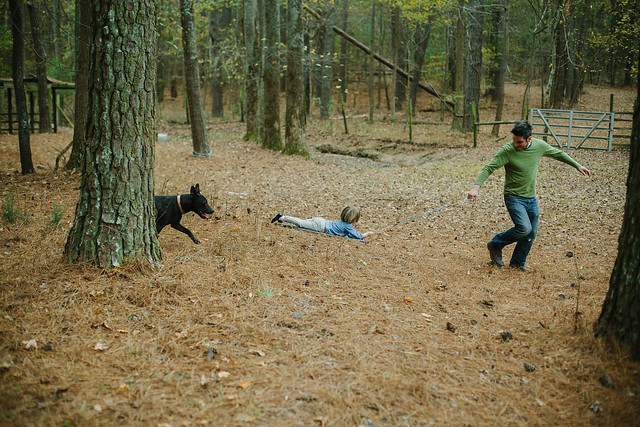 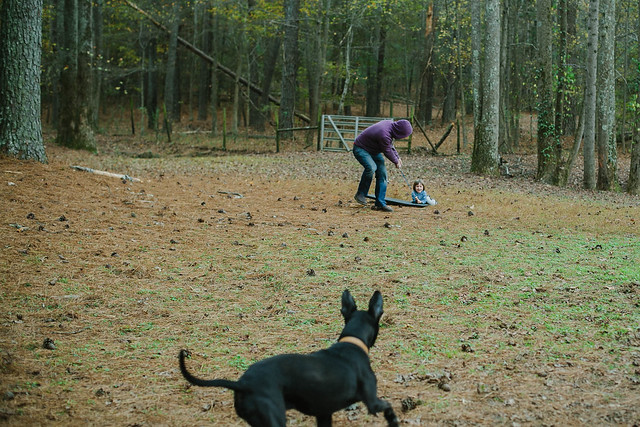 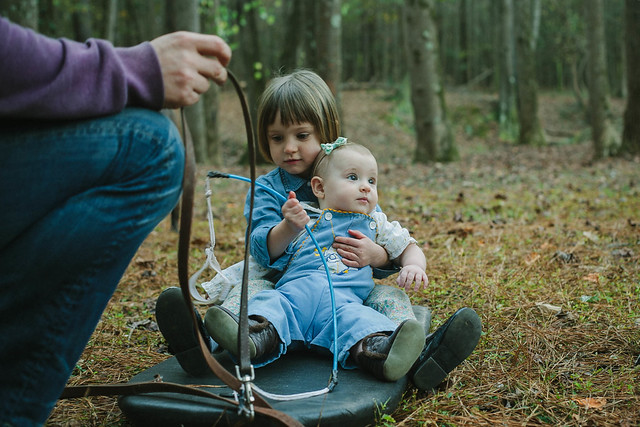 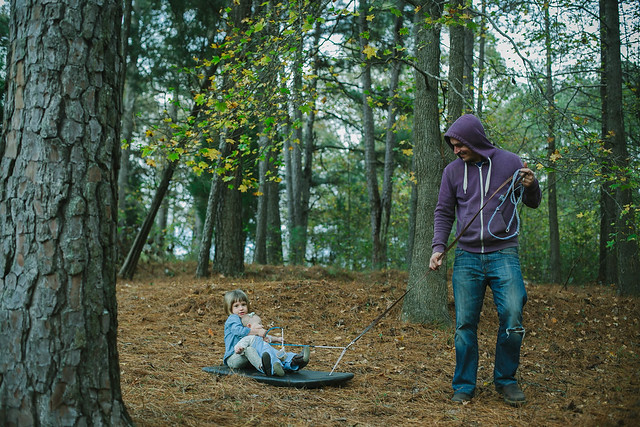 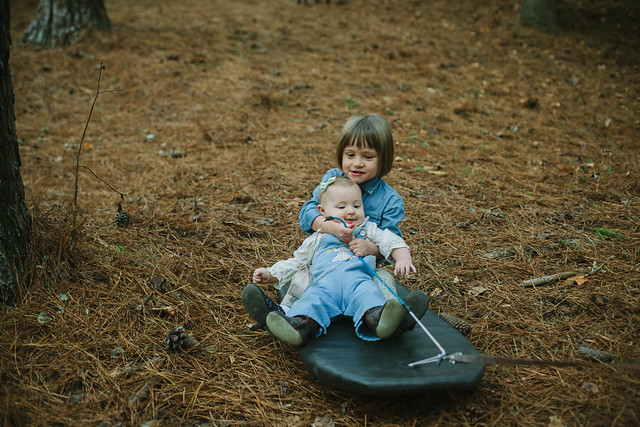 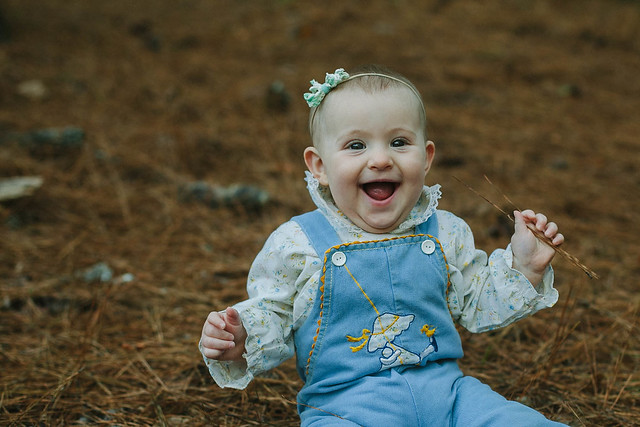 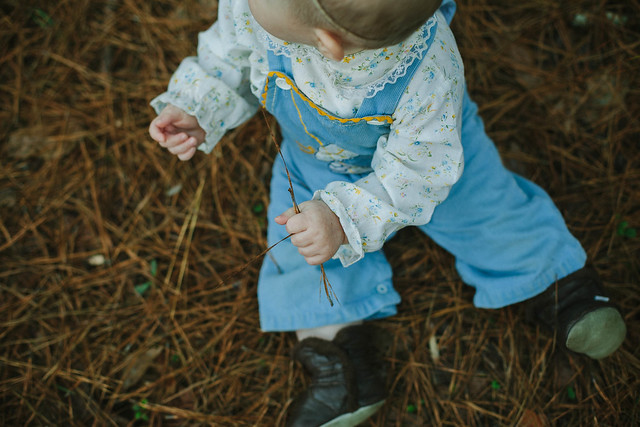 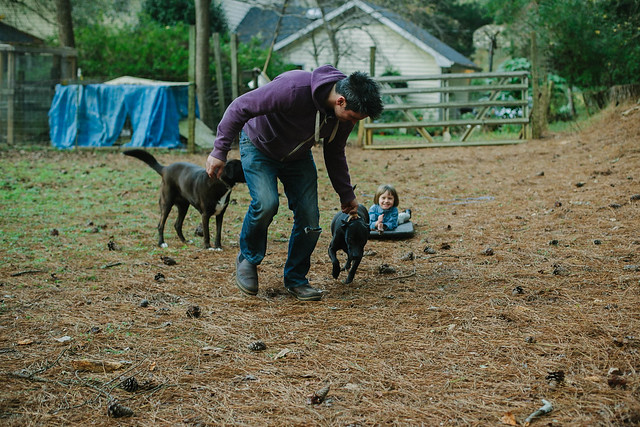 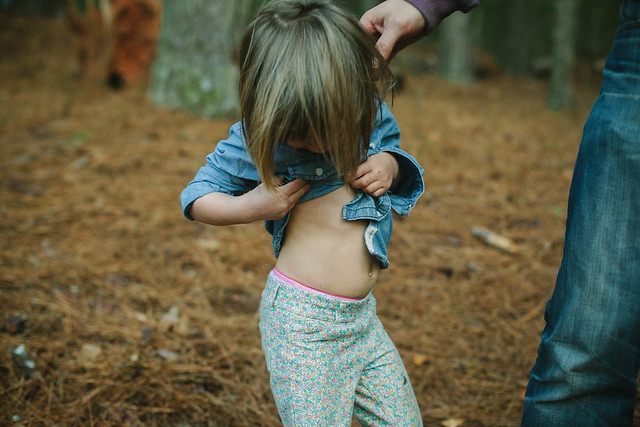 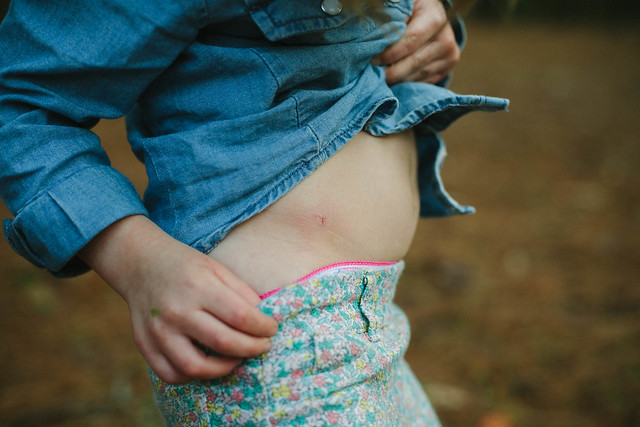 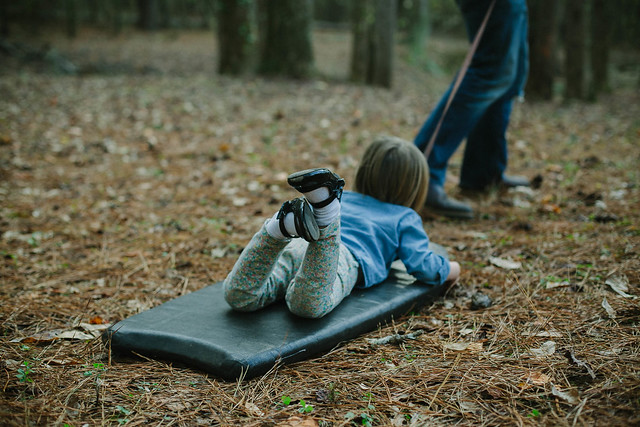 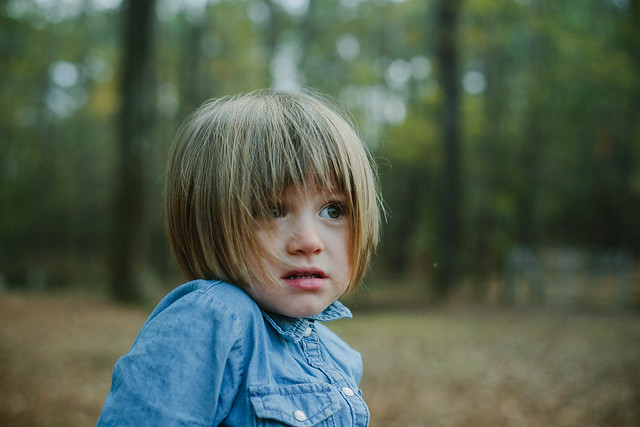 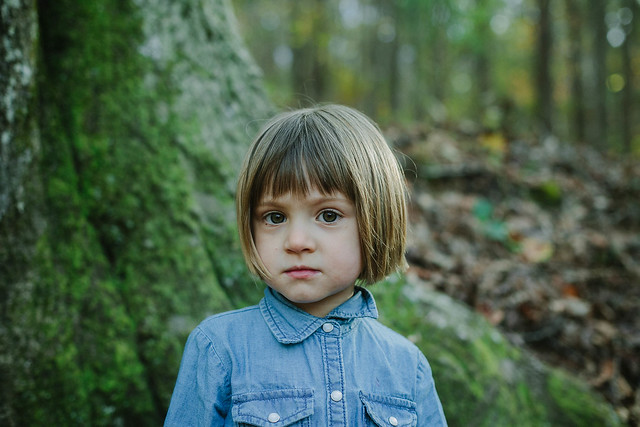 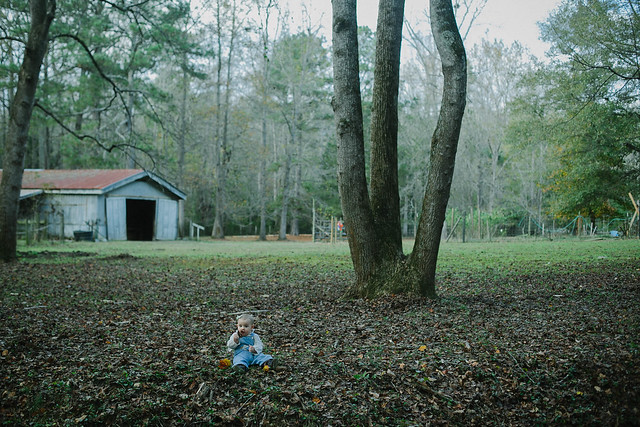 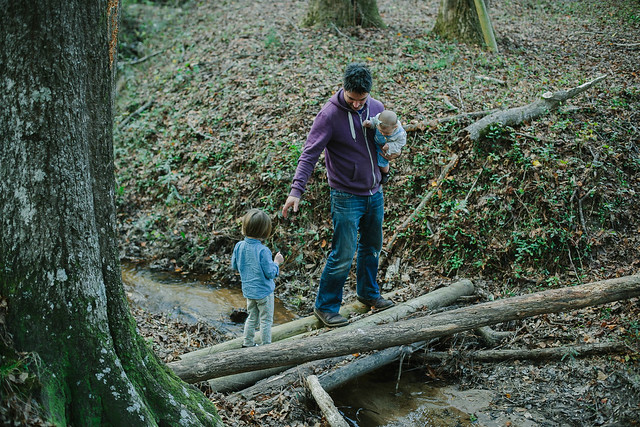 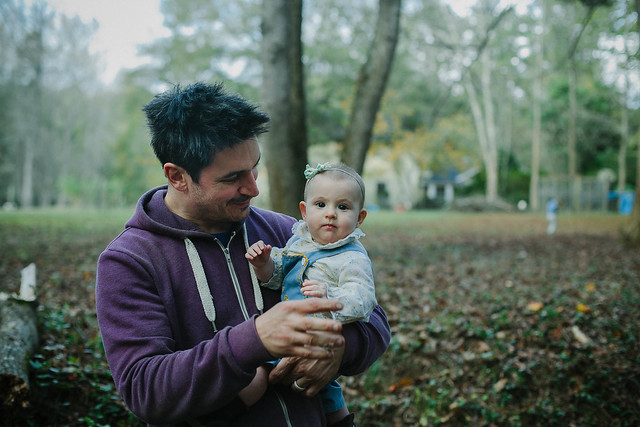 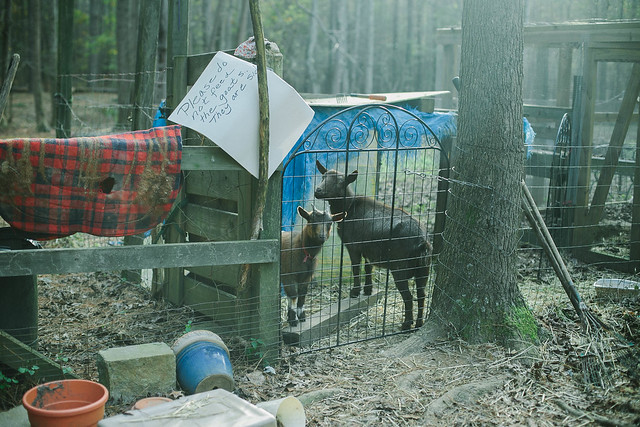