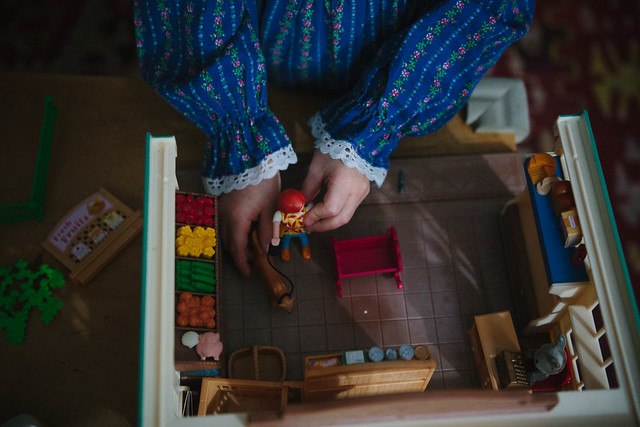 Charlotte came bouncing through the door after a spend the night party with her cousins at G and Papu’s. I noticed she was wearing an unfamiliar dress with smocking and a lace-trimmed collar. I was sure it was one of her aunt’s dresses from when she was a little girl, and I made a mental note to always send her down to the farm without extra clothes. The dress was perfect, even with her Halloween socks and kitty cat shoes and 3 day old crown braid. A little annoyed with my excitement about the dress, Charlotte ignored my gushing and brought out her Playmobil. She started setting it all up on the coffee table, first the store and then the house. After the people went shopping, she set them all up to watch a movie. They were then all lined up in the beds and on the floor in the bedroom to go to sleep. She was mostly silent as she directed the figures, though she mumbled here and there. The allure of Playmobil is in the details, and Charlotte took her time using her little fingers to place food items around the store (the store is actually a Calico Critters store), setting up the cash register for the “buyer,” and putting the leash on the dog. The details in Playmobil offer narrative prompts to guide imaginative play that can be expanded on with more non-representational objects. Charlotte’s play seemed to be more action driven than conversational as she moved the figures from one setting to the next with little dialog spoken aloud.

I kept my eye on Winnie, ready to wipe the snot falling from her nose or break her fall as she maneuvered into an upright position. Winnie seemed to have a cold, her snot occasionally bubbling impressively off her face. She had a tiny cough and a hoarse little voice, yet she wouldn’t stop moving in order to rest, or give me rest. My sweet little sleeper is not so much of a sleeper these days. I say “these days” with every ounce of hope that she returns to putting herself to sleep easily again soon, because spending entire days trying to get a sleepy baby to go to sleep makes for a crazy mama. So I cling to the hope that this is just a phase, feeling thankful that sleepy or not, Winnie is still an incredibly happy baby.

Charlotte had set up some Playmobil chairs and people in a circle on the couch. Apparently they were at the beach. I was sitting on the floor nearby, surprised and interested that she chose the beach as a setting. It got me thinking about playing Playmobil on vacation at the beach as a kid. Playmobil was one of our favorite toys to play with growing up, and we would spend hours and hours setting up the environment, getting everything just right. I remember setting up the zoo animals in our front gravel driveway. We would get the hose involved as well, creating streams, and ponds, and messes for our play. One summer, we played Playmobil while camping at the beach, just like Charlotte had it set up. We still go to that beach as a family, and Charlotte has seen my parents and my sister’s family drive in with their campers, maybe that’s where she got the idea to park her camper at the beach.

Charlotte was getting frustrated that the farmer kept falling over when she set him down at the pretend beach. She said the beach wasn’t working because the farmer wouldn’t sit up. I had been watching as she had set him down over and over and watched him fall backwards each time. After getting my attention to demonstrate what kept happening (not realizing I had seen it all along), she set the farmer down and said, “You see?” to show me how frustrating it was. But he didn’t fall. When she realized he didn’t fall, she tried to swat him a bit with her hand so he would fall. Assuming he would, she said, “You see?” again, but she missed, and he still didn’t fall. I laughed a bit, and when she realized he hadn’t fallen, and that I noticed he hadn’t fallen, she broke into a smile for a second, but then knocked him over, trying hard to remain frustrated. She came to me to sulk and laugh and snuggle until I had to get up because I could no longer put off wiping Winnie’s nose. 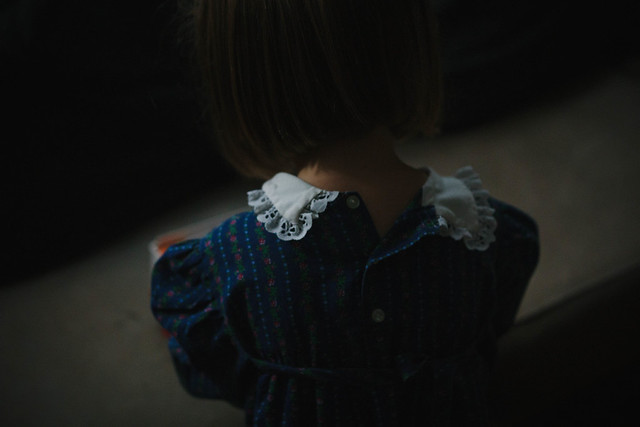 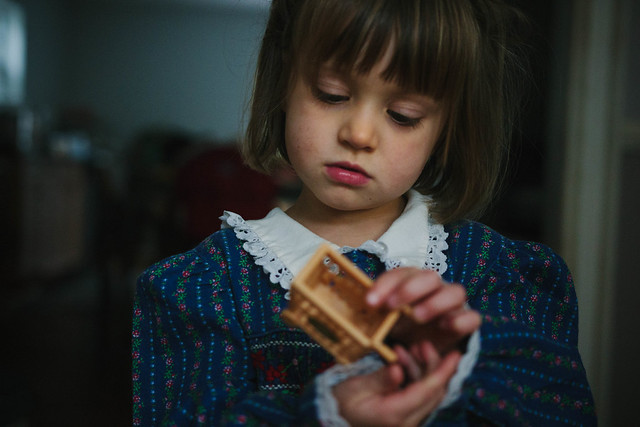 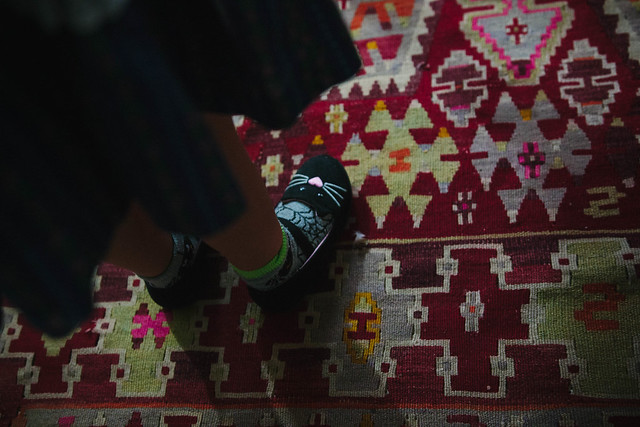 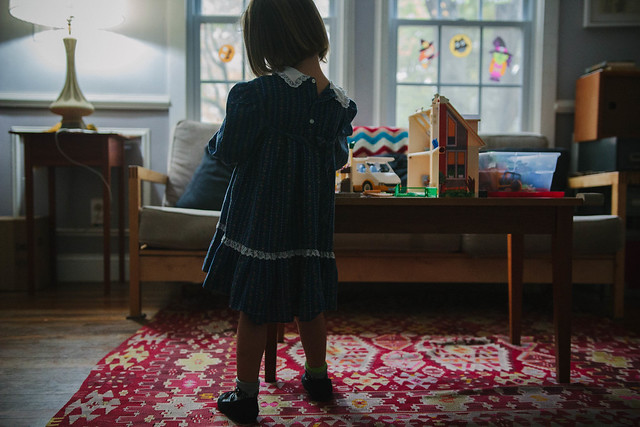 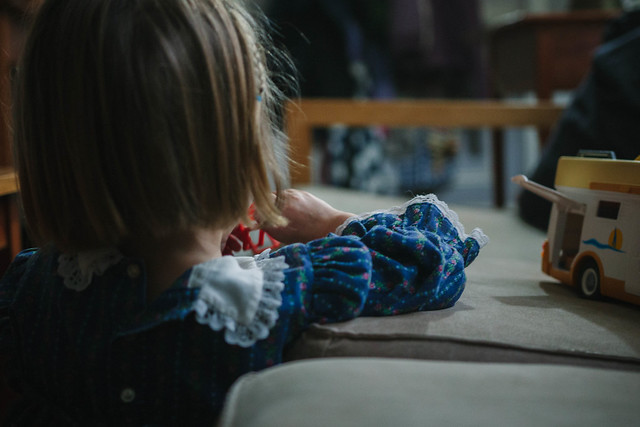 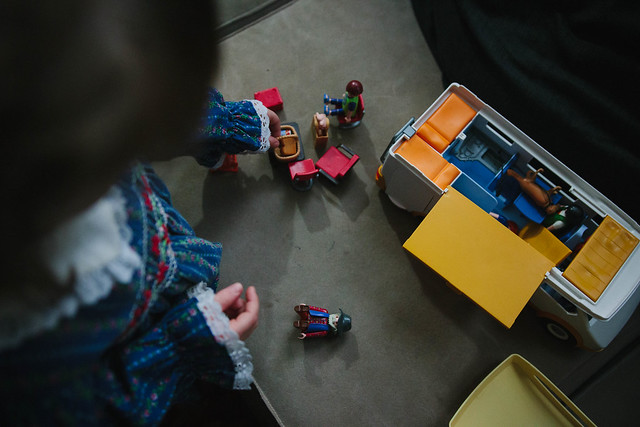 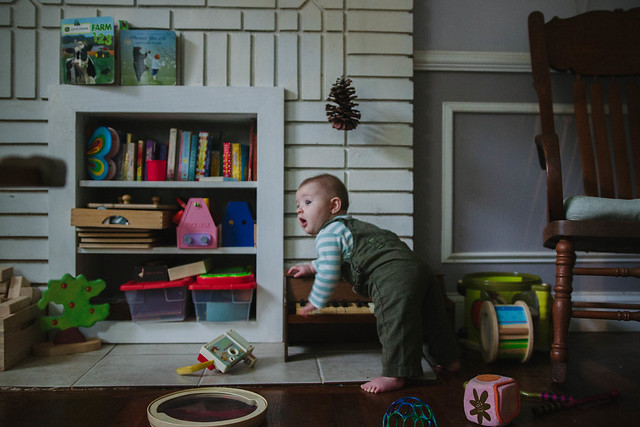 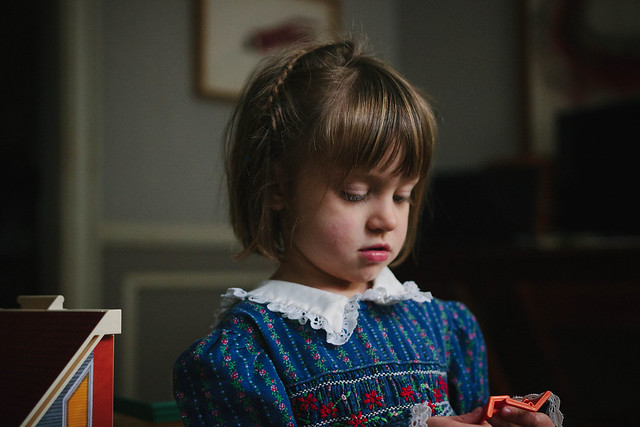 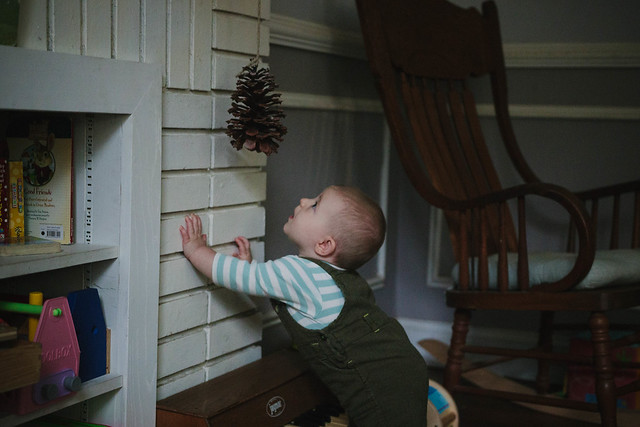 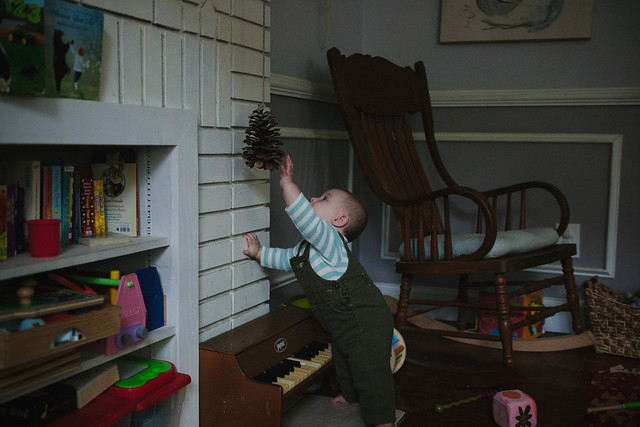 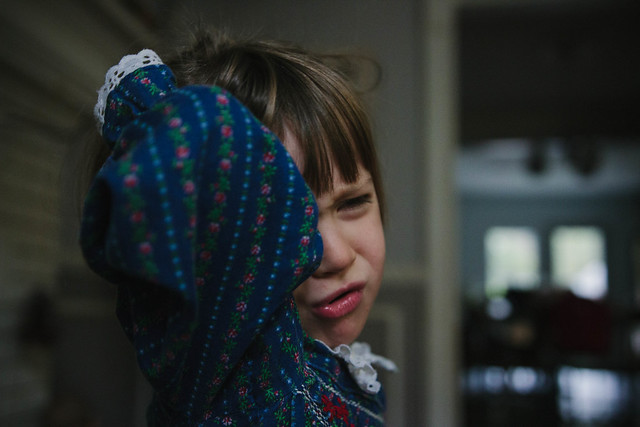 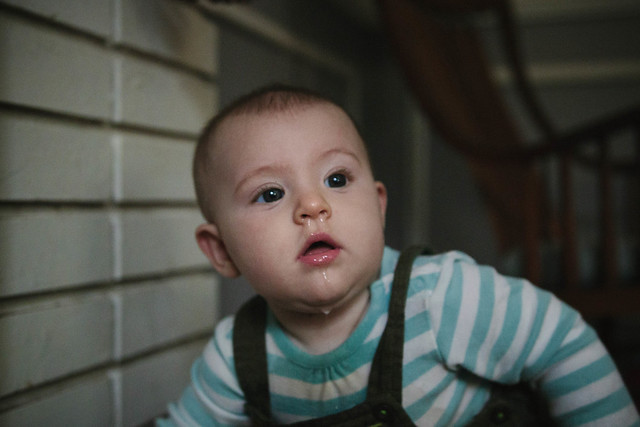 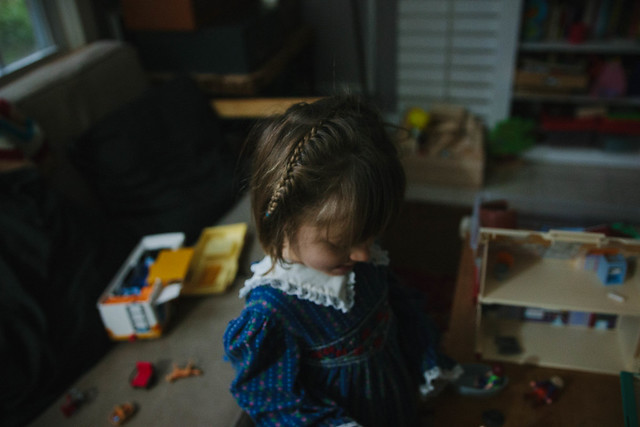 One thought on “Portrait of Play, Week 44”