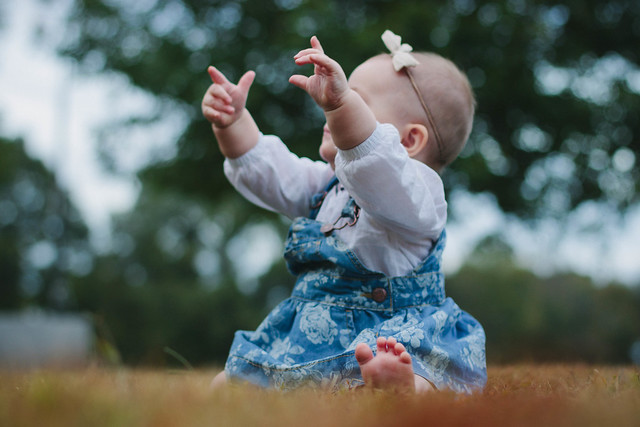 I’m feeling a little young and a little old as another birthday came and went this week. The weather has been the sort of amazing that makes enduring the allergies that go along with it fully worthwhile. James and I are both calculating our steps, which means more walks to the park. We are fortunate to have neighbors who have put a great amount of physical energy, petitioning, grant writing, and community building into restoring a park near our house. In the past few years, the park has added lights, new water fountains, a track, a new playground, a community garden, benches, and now a dog park is being built. It looks as if the tennis courts have started to be used for bike polo even. With all that it has to offer, I’m always a little excited when we have the park to ourselves. Chuck is learning how to gain speed on her scooter while not steering herself off the path. She is also starting to learn how to pump her legs on the swings, although in her attempts to propel herself forward, she fell off the swing many times. She reassured me every time that she was okay and got right back on it. Charlotte has been eating large quantities of food lately, and it was one of those weeks where I feel like she grew up half a year in a week’s time. All the while, Winnie sat on the grass and played with her hands as if she had never noticed them before. She clasped them together, jammed them in her mouth, and raised them in the air. She marveled at her fingers as they moved into different formations, seemingly making the connection that she was making them move in that way. I had never seen her lift her arms up like that, stretching them up above her head. She was clearly enamored with herself. Atlas came and pooped right next to her, so I picked her up. Charlotte wanted to push Winnie in the baby swing, so I obliged until Winnie gave me a look that she was not okay with it. I’m sorry, Winnie, but for the record, you were thrusting your body like you wanted to get in the swing. Charlotte has a lot of feelings about Winnie these days. She wants to see her and be with her always. She feels a responsibility to make her happy; but yet, there’s also something a little edgy in her interactions. The hugs quickly become squeezes that are a tad too tight. She will shake a toy as entertainment for Winnie and then all of a sudden whack her on the head with it, making it seem questionable as to whether it was done on accident or on purpose. Still, when Winnie cries, Charlotte runs to her with a high pitched voice saying, “I’m here, your big sister is here for you,” and for the most part I am more bothered by the interactions than Winnie seems to be. It started to get dark, so we kicked a found soccer ball around for a bit before heading back home on a newly poured sidewalk christened with random garbage and recently fallen leaves. We passed a newly built house with potted plants and a for sale sign next to an old boarded up and graffitied house with a pair of abandoned belted pants and a green plaid sleeping bag out front. As we made our way home, I noticed that our neighborhood was feeling a little young and a little old these days as well. 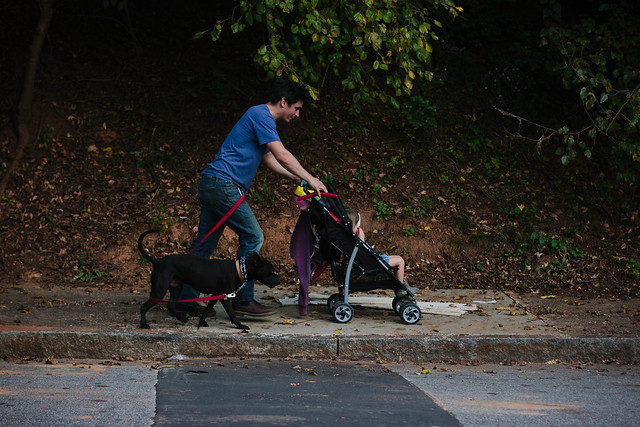 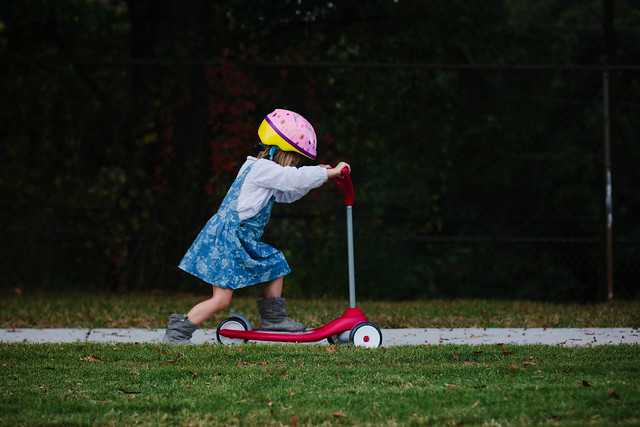 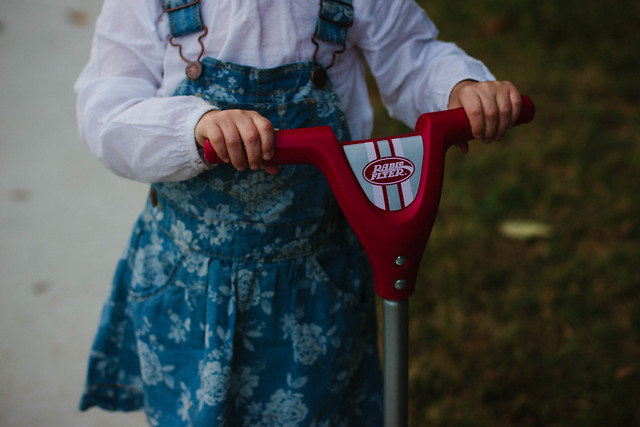 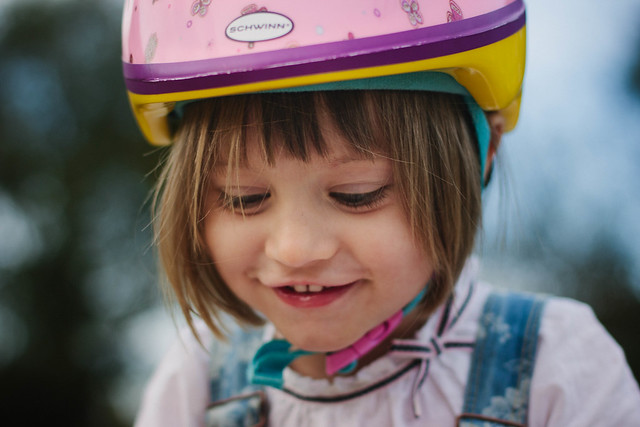 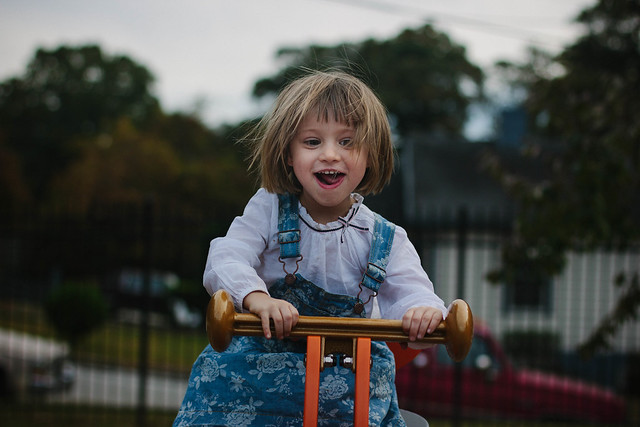 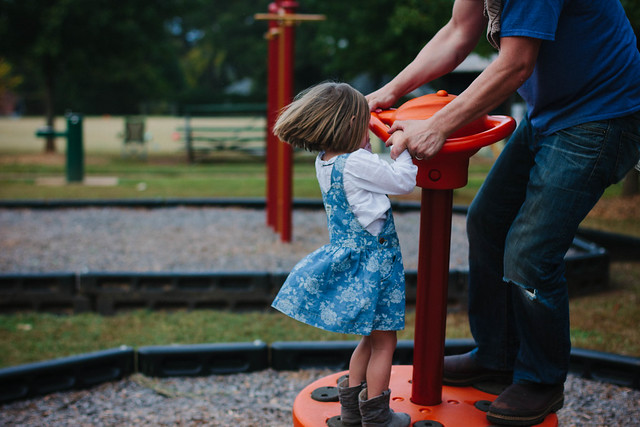 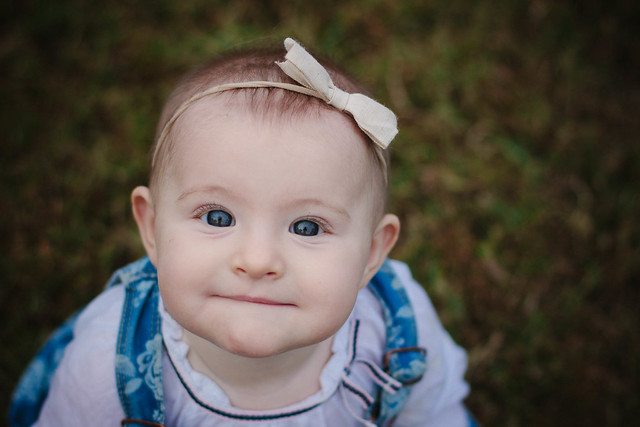 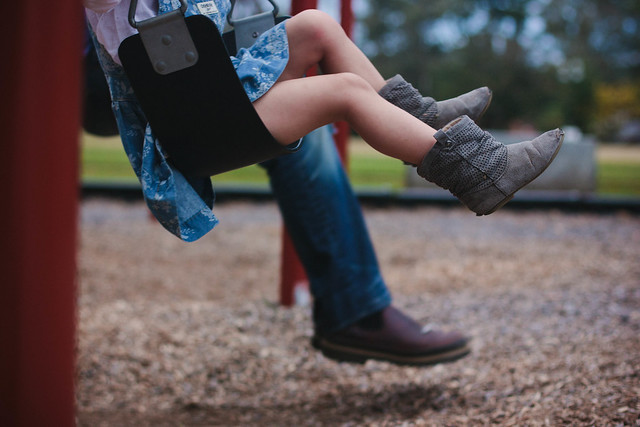 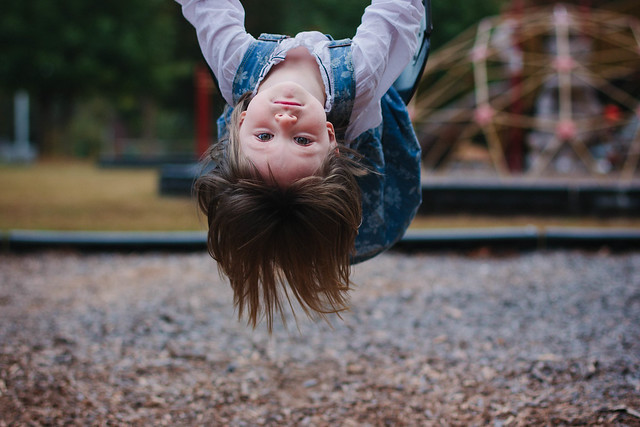 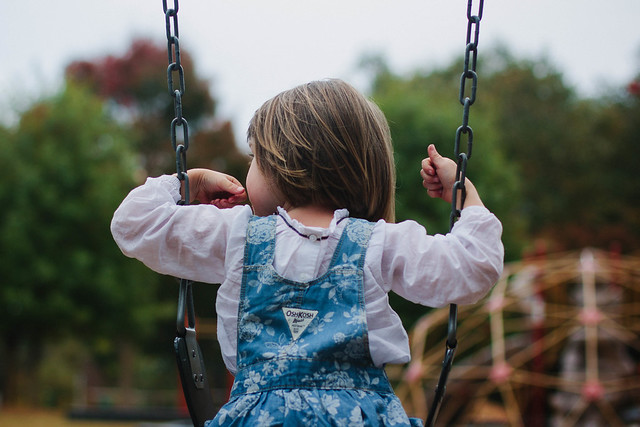 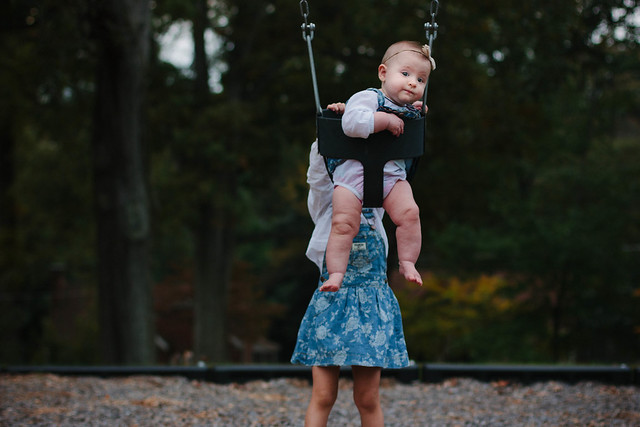 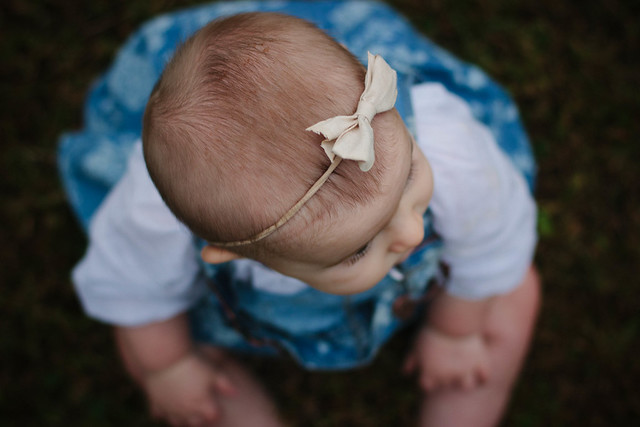 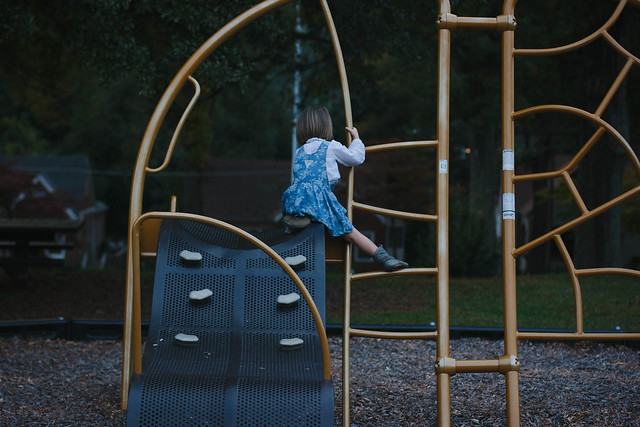 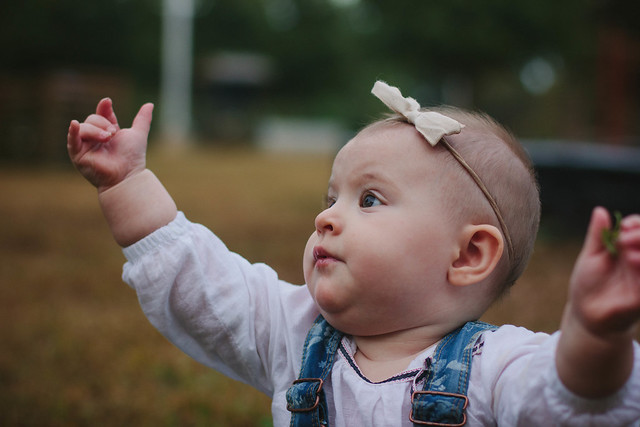 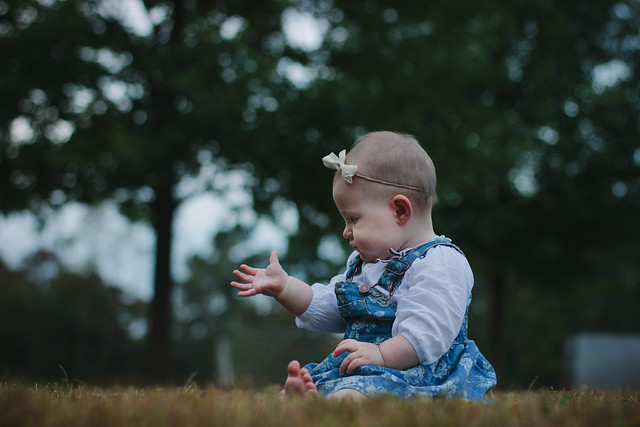 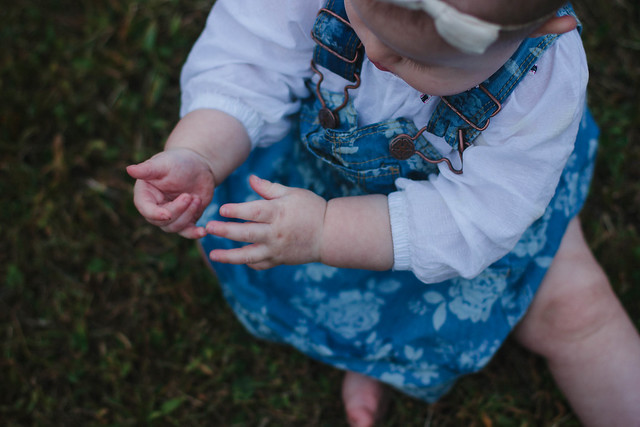 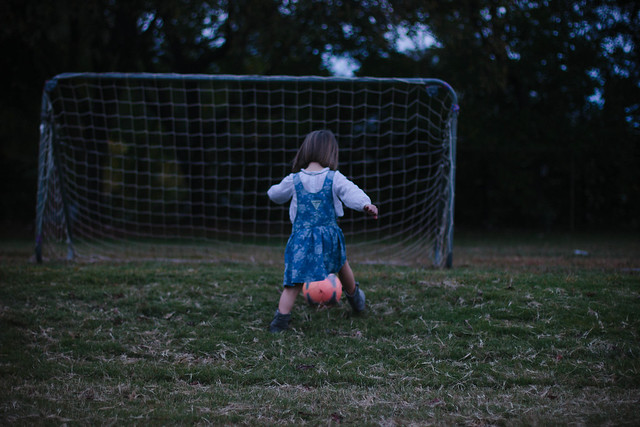 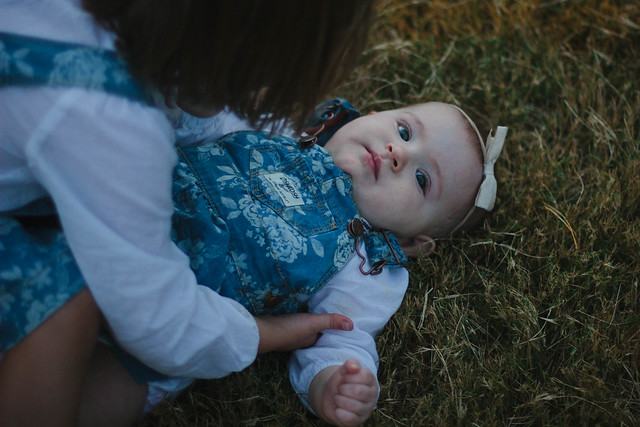 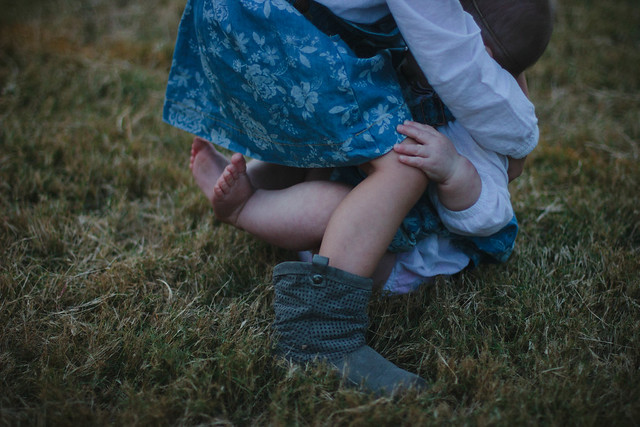 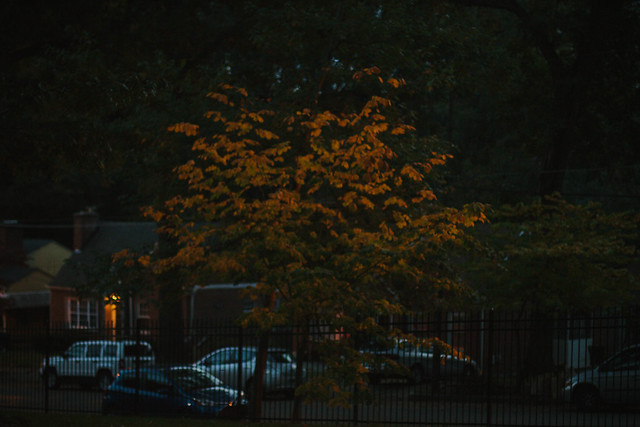 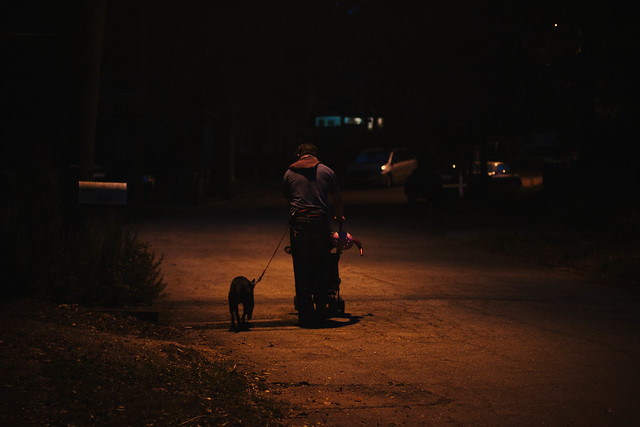 And…yes, they are wearing matching outfits. I know.