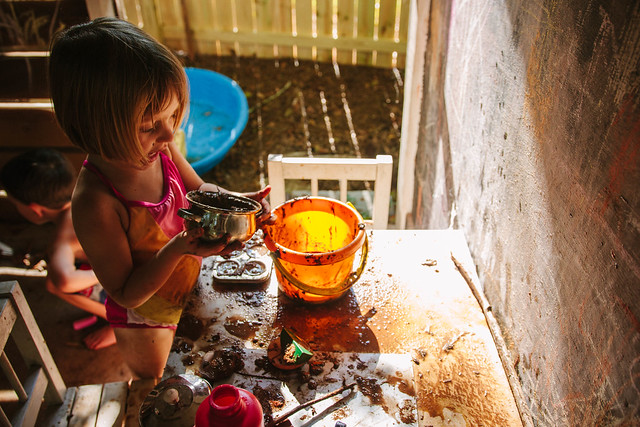 “Mommy, will you take pictures of me making mud pies?” I had promised Chuck she could make mud pies with her cousins, and as we were walking out the door, she made this request. Charlotte’s cousins have the perfect set up for mud pie production that includes a modern playhouse equipped with a play kitchen and various sizes of pots and buckets. Winnie was asleep inside, tucked away from the mud flinging and mosquito biting while I watched the kids get to work. They very quickly initiated roleplaying as they mixed the dirt and water. There was a daddy, a mommy, and a kid (who they just called “kid”) working together to make mud cookies. Charlotte was the mommy, and she said her name was Stacy. The three of them were mostly engaged in their own thing, but they would occasionally use dialog to give purpose to their work or to get someone to help. I was amazed at how few conflicts there were when they were in character and how easily they seemed to grasp the rules of improvisation. I was also pleased by how kind and courteous they were to one another within their roles. Someone burnt the cookies, and they all responded with understanding. They used polite words and quickly cooperated when presented with a request. As a reflection of family dynamics, their language and behavior in play were what you would hope for in reality. As of late, this has not been my reality. We are going through yet another transition as school is in its third week now, and we have a new schedule and different kids with us. I don’t know if that’s what is causing the issues we have been having or if it is something else. Once again I cycle through the questions. Is she tired? Is this because she’s 3? Am I being too harsh? Too permissive? Maybe this is just the way it’s going to be parenting her. After all, she is the child who fell asleep standing in her crib for 3 consecutive nights in protest to being night weaned. I shouldn’t be shocked that I have had to carry her out to her carseat, forcing the straps around her writhing body while she is screaming because she does not want to leave (not once, but twice this week, once with a second pair of hands to help). Maybe these aren’t phases that can be attributed to anything specific. Maybe it’s not about transitions, or whether she is hungry or tired. Maybe it’s just all part of the process of individuation, the shifting of relationships that leads to healthy separation. Whatever the case it’s a messy ordeal, and it’s nearly impossible to stay in character. The character of the patient, loving mother feels a lot more like a role that I’m trying to play than the reality. My inner dialog is a wrestling match between, “she needs these boundaries to feel safe and secure,” and “if you don’t get into the carseat right now, then….” Stay in character. Stay in character. Once the kids finished playing in the mud, they hosed each other off and rinsed out the buckets. It’s good to remember that messes, just like burnt mud cookies, are really no big deal. 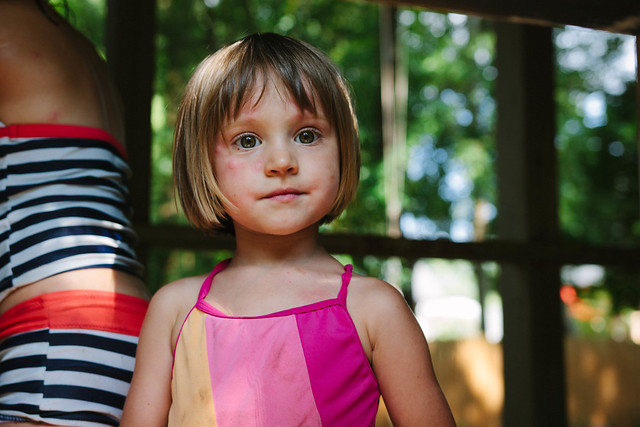 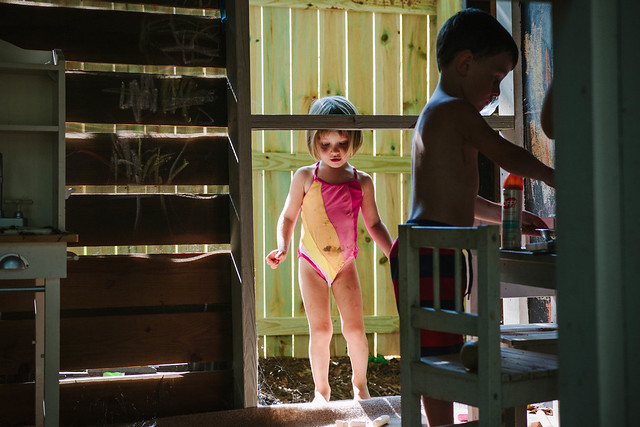 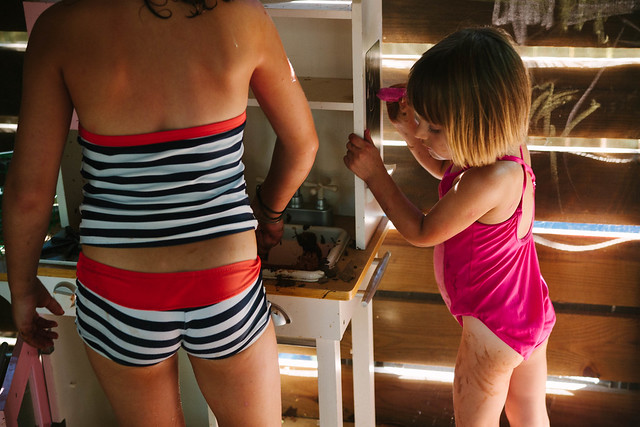 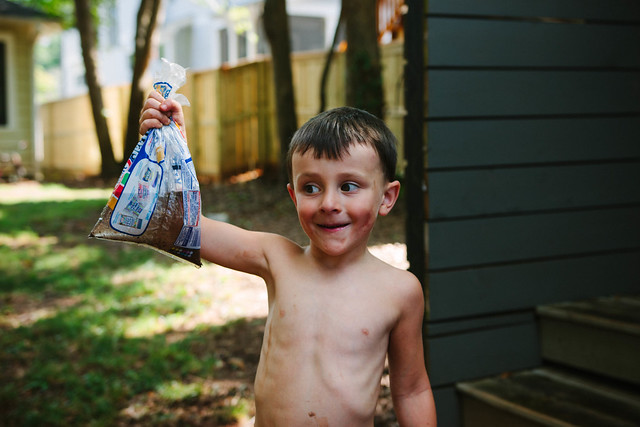 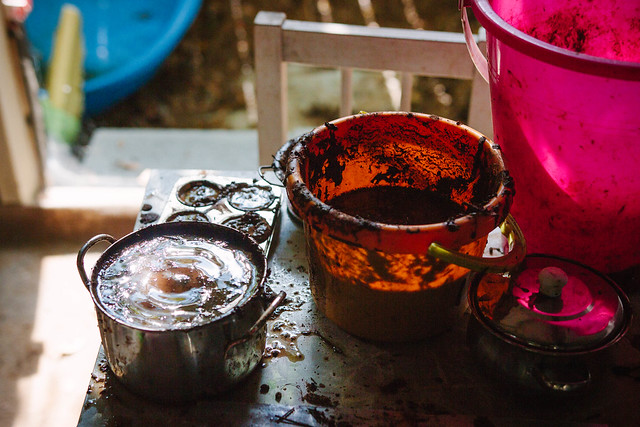 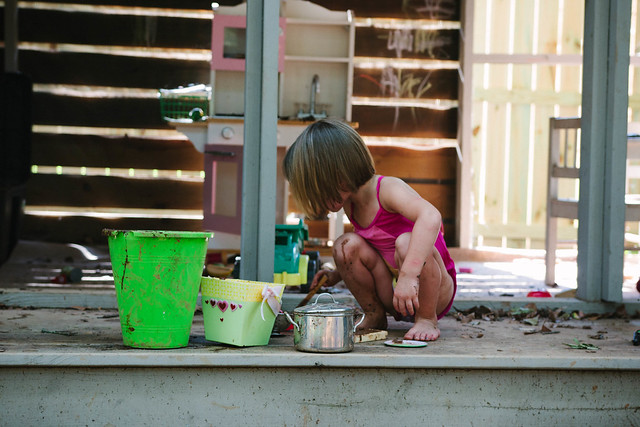 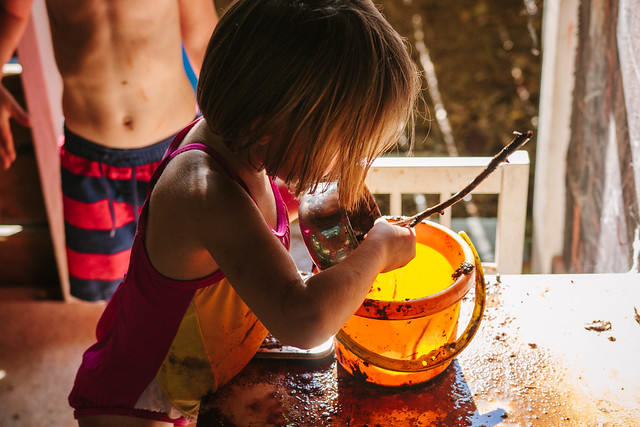 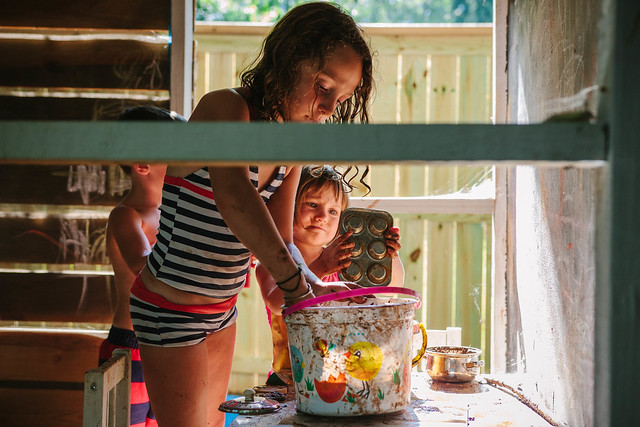 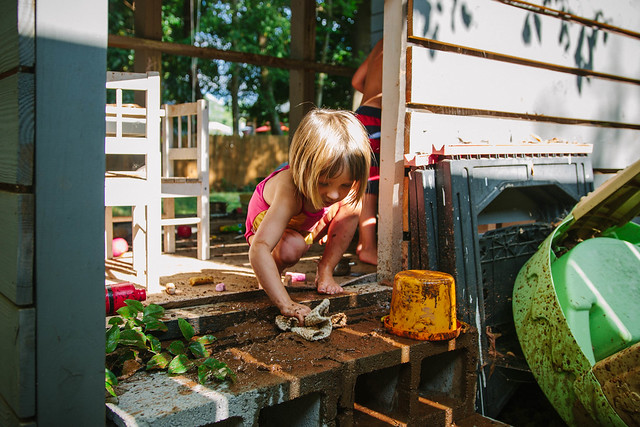 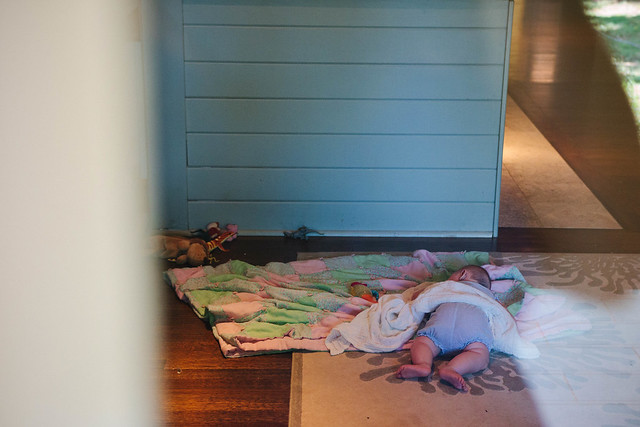 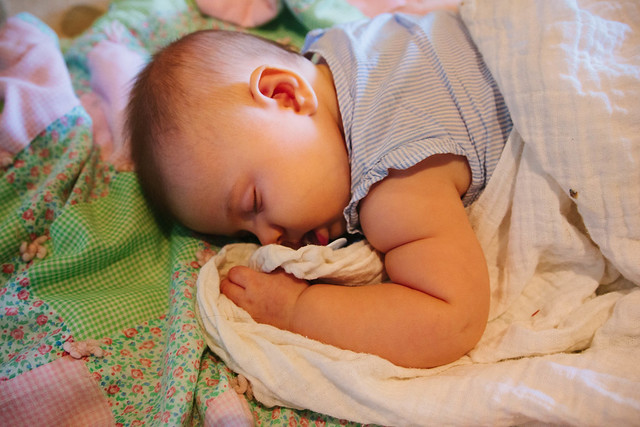 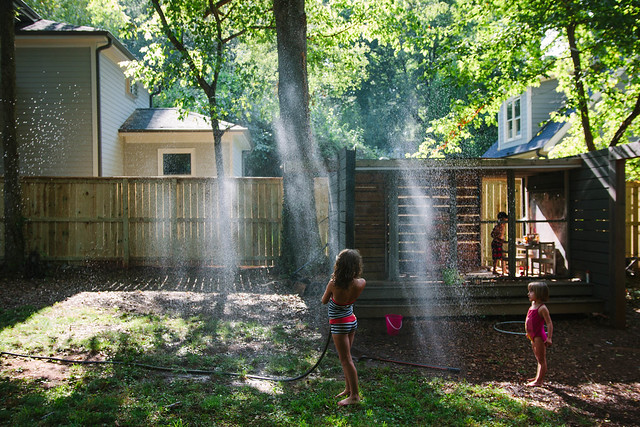