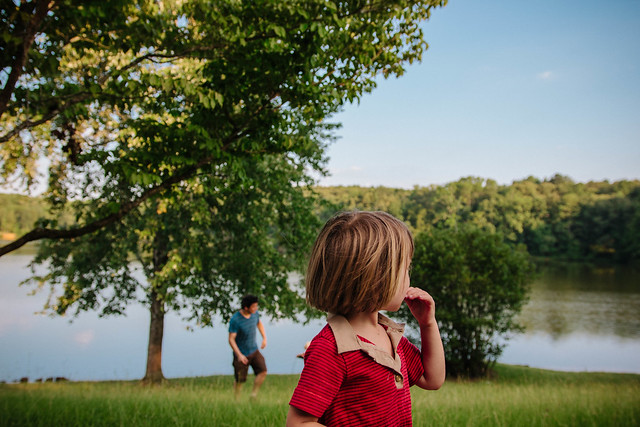 I don’t enjoy fishing. I never have. I blame the unseasonably cold day in the middle of summer I spent holding a kiddie fishing pole over the edge of Lake Superior waiting for nothing. Normally I’m a process over product type of person. I knit and then take it out because I’m no longer interested in the project by the time I near finishing, or maybe it’s that I can’t get close enough to finishing to make it seem worthwhile. We bailed on a trip to the lake over the weekend, so we spontaneously decided to spend a couple hours at a nearby lake to do some fishing and hiking with some friends. At the lake, we found a spot that was in the shade where we could lie the babies down. The lake happened to only be a couple feet deep in this spot, but it didn’t matter. We weren’t really going to catch any fish, and now we also didn’t have to worry about the kids falling in as much. I am pretty sure that Charlotte was more into her fishing pole than actually fishing. She was rather pensive during the whole experience, observing more and commenting less. While the kids and the dads fished, the babies found each other’s hands and even made some friends. We packed up the fishing gear and got some treats at the bait and tackle shop. Rather than driving to the hiking trails, we opted for just walking around, and the kids found plenty of objects to balance on and climb. It was a well spent couple of hours of waiting for nothing, fishing for the idea of fishing, walking to just walk. No fish or final destination would have made the experience more enjoyable for the kids. In fact, it’s probably the contrary. Had there been the expectation of catching a fish, there would have been disappointment. Had there been an end of the hike to get to, we would have rushed the kids and missed opportunities to explore. At the end of the day, when I asked Charlotte what she liked about fishing, she told me that she liked “catching big fishes.” For a girl who lives mostly in her imagination, the process is the wide open space for infinite outcomes. 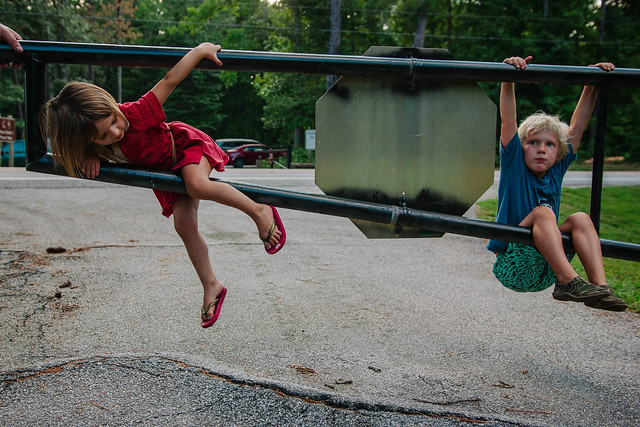 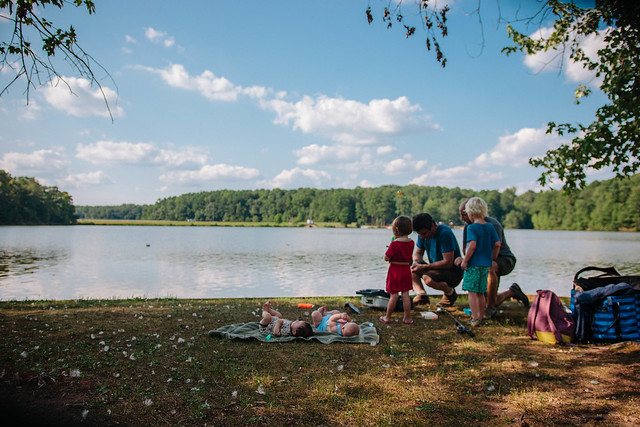 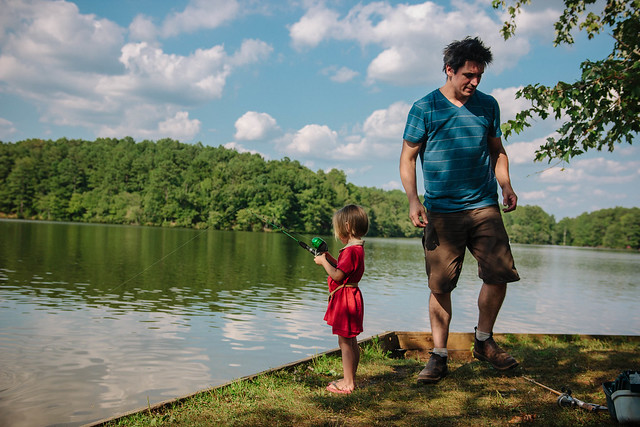 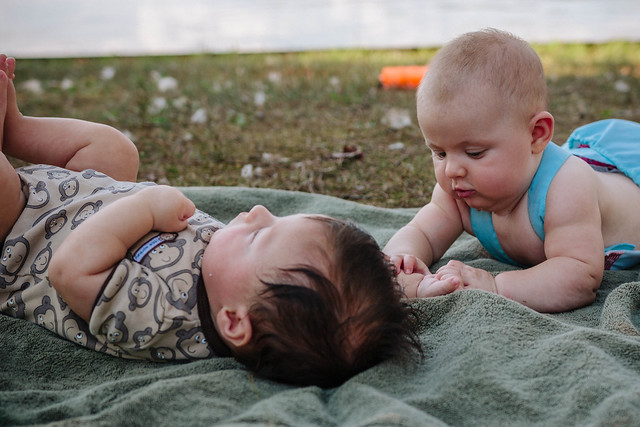 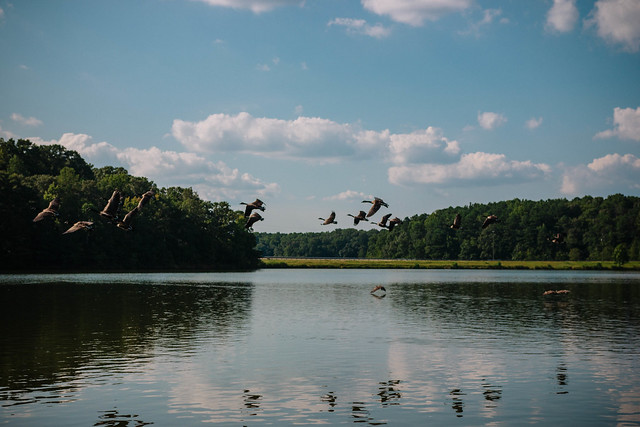 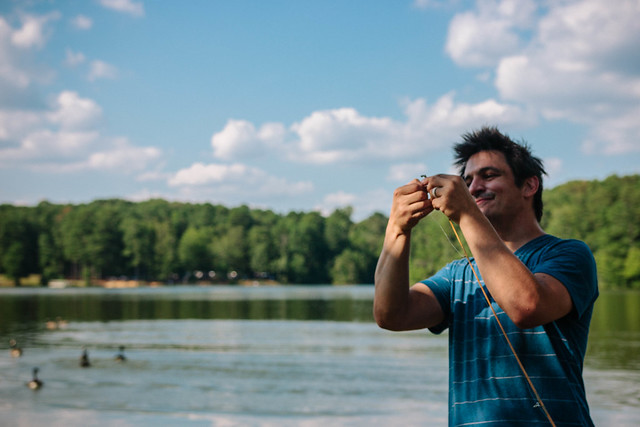 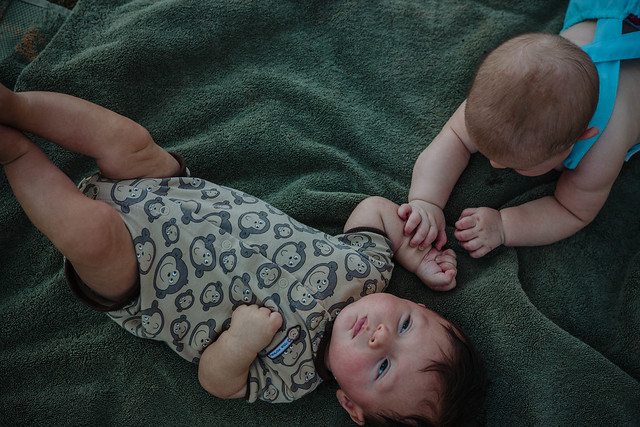 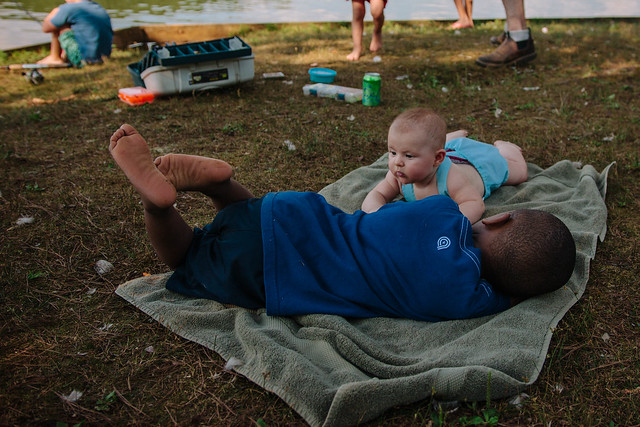 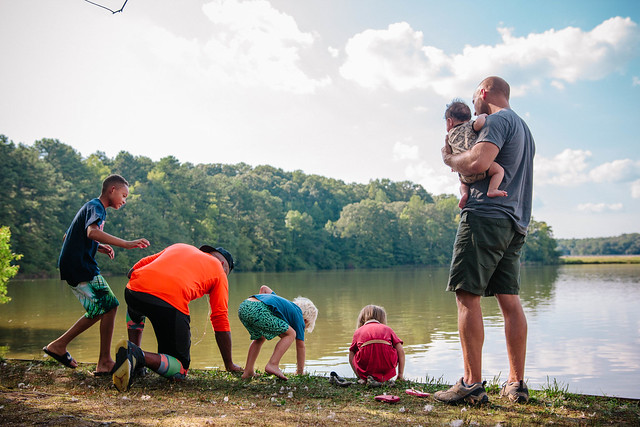 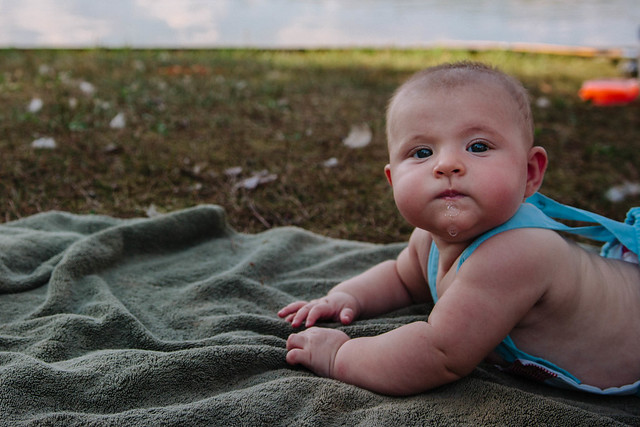 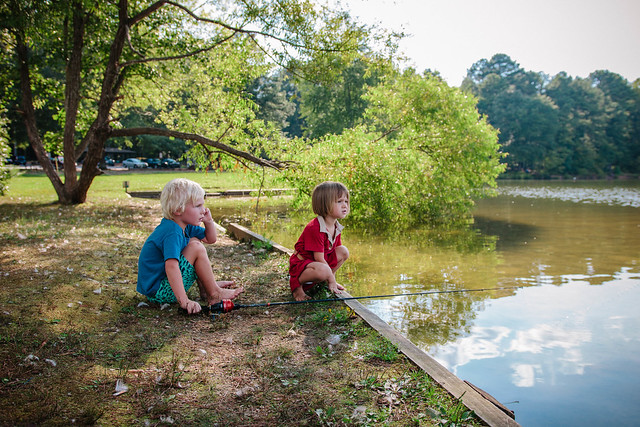 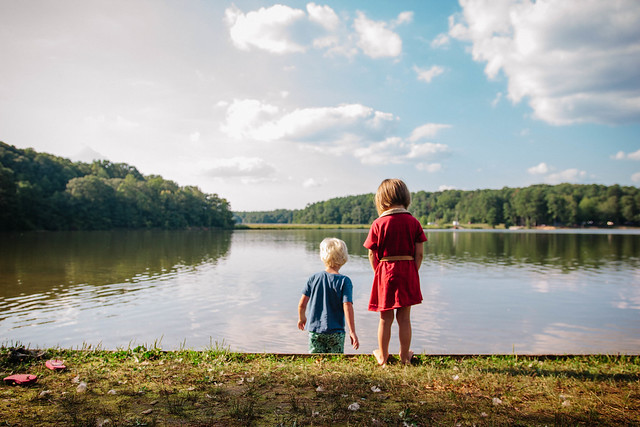 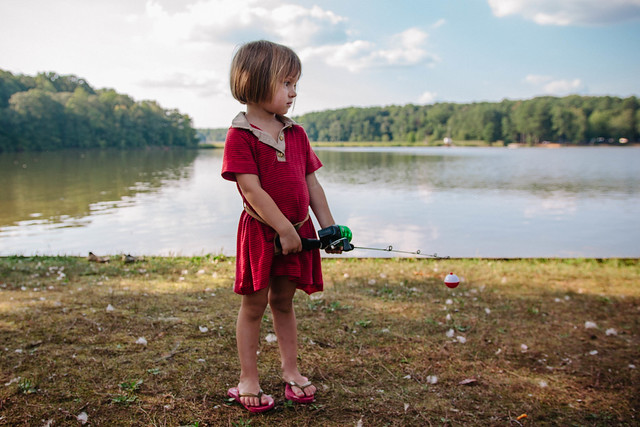 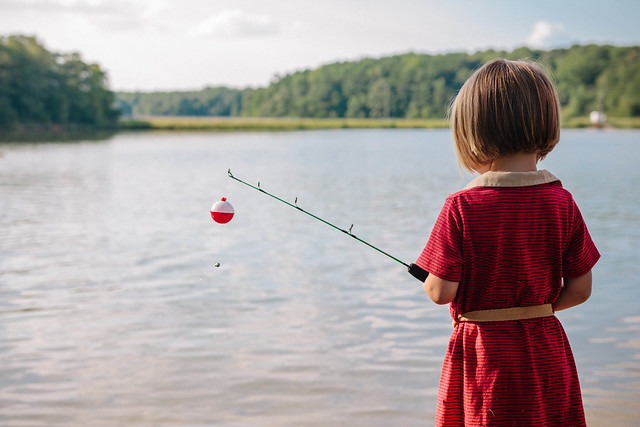 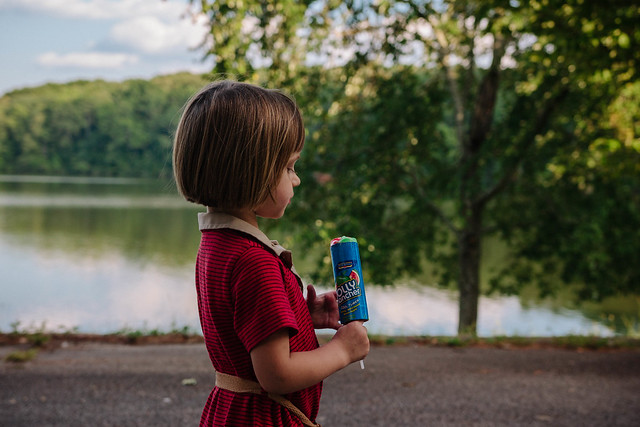 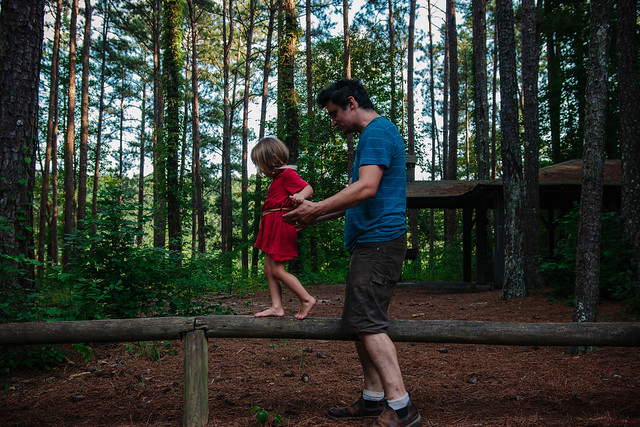 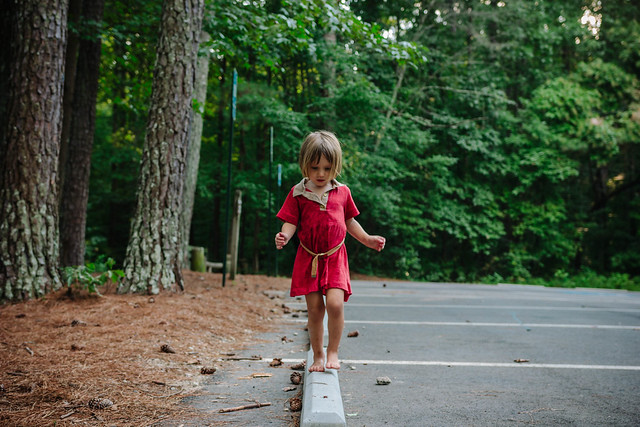